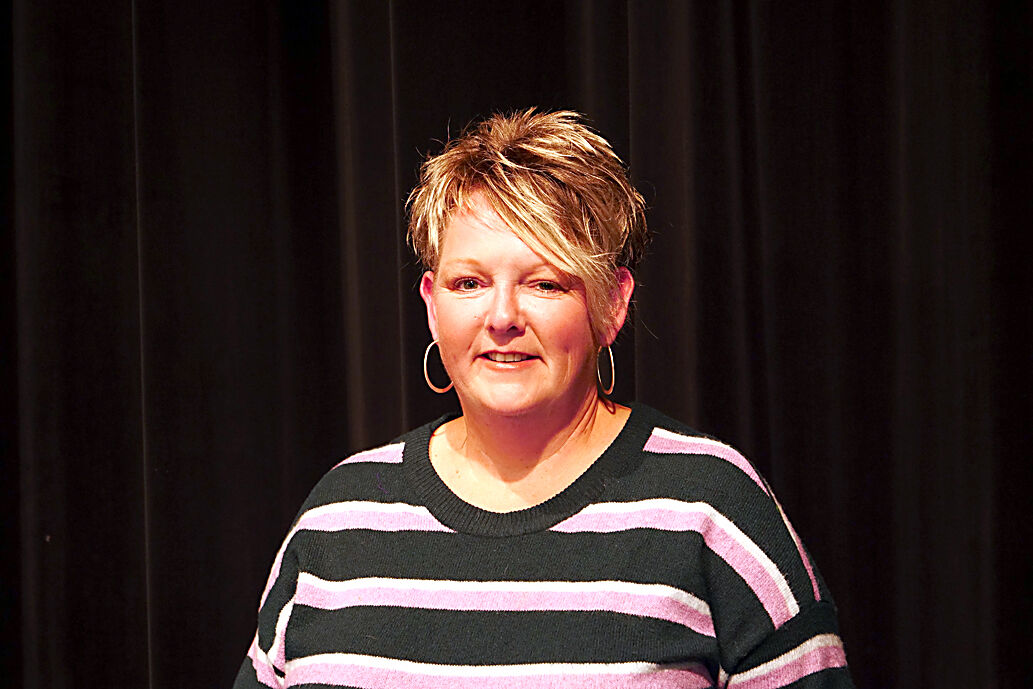 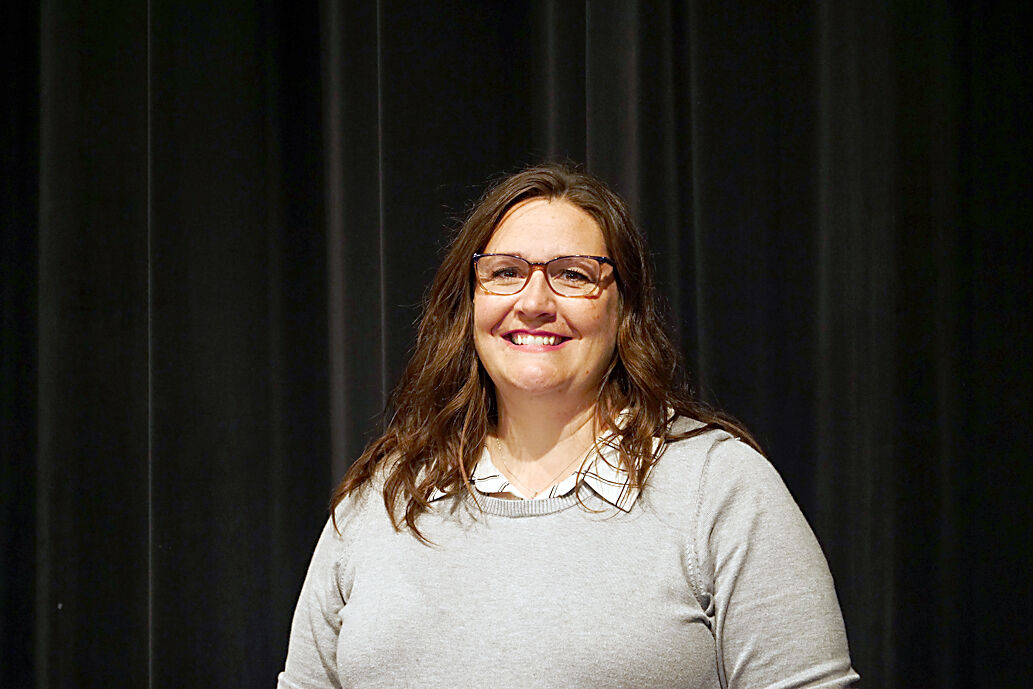 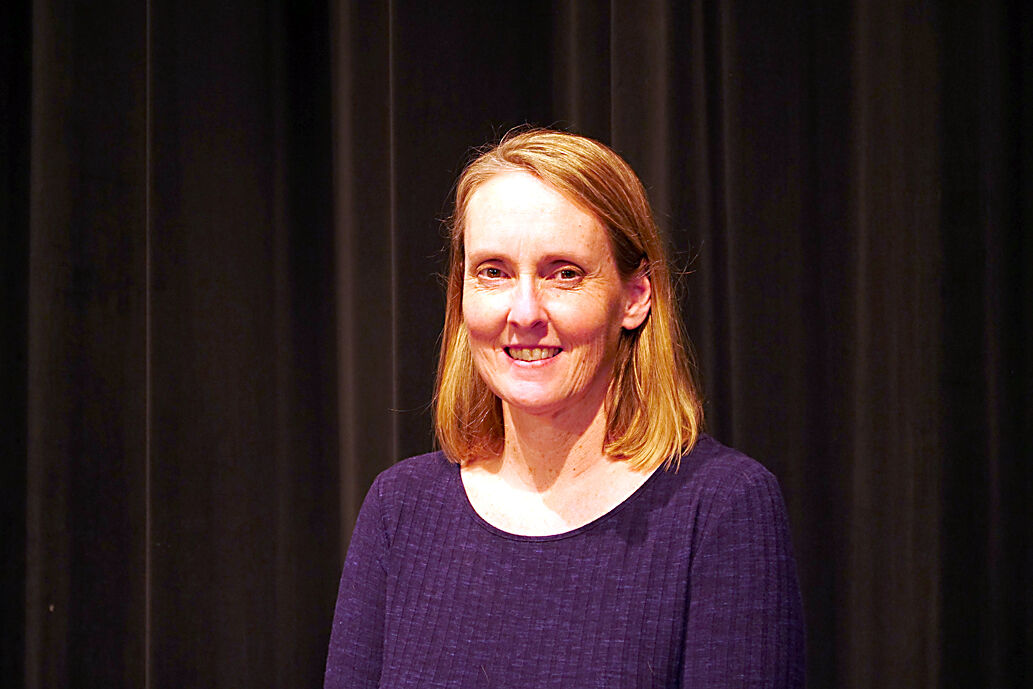 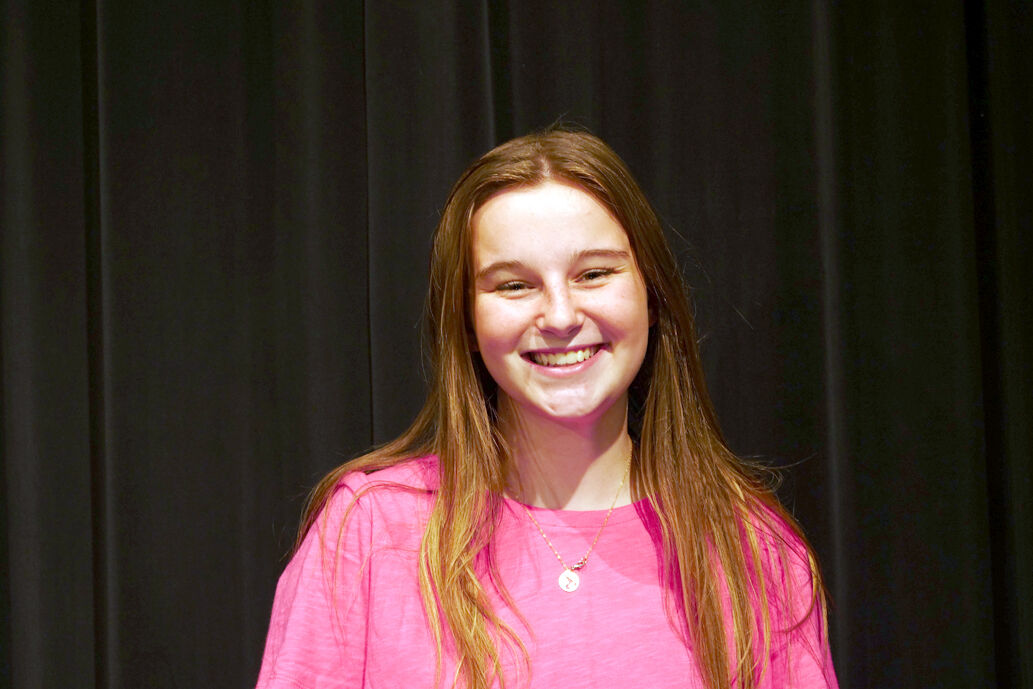 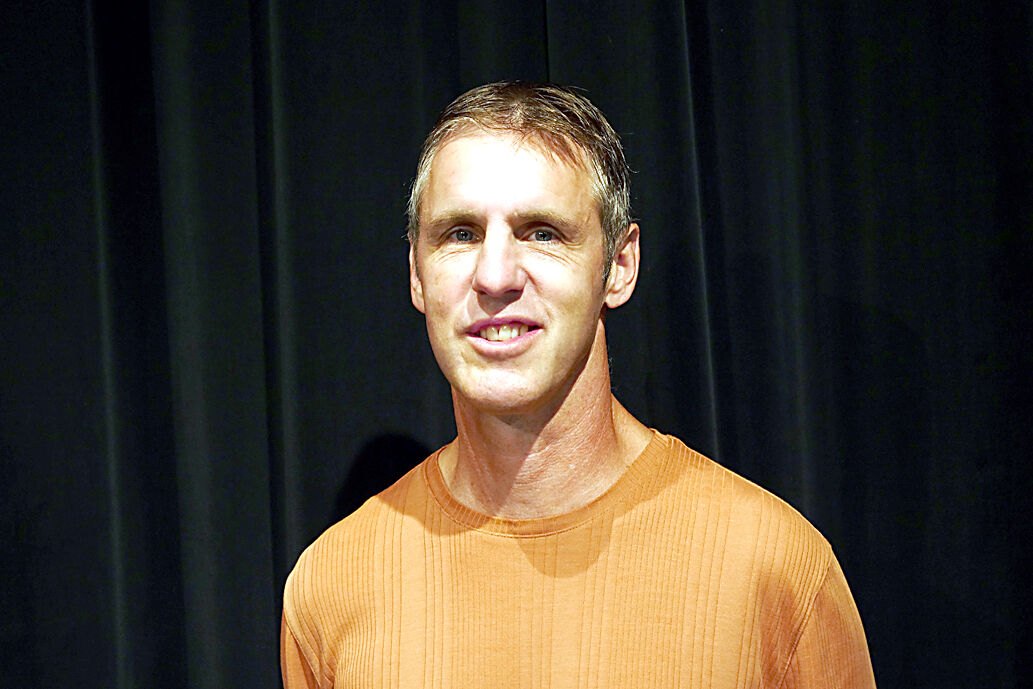 On Oct. 21, 22 and 23 (Thursday through Saturday), Friends of the Arts will be presenting the musical comedy, “Church Basement Ladies,” by Jim Stowell and Jessica Zuehlke.

Inspired by the books of Janet Letnes and Suzann Nelson, the story revolves around five members of the East Cornicopia Norwegian Lutheran Church of the Prairie, in Cornicopia, Minnesota.

The audience watches them prepare their annual lutefisk dinner for the public, assemble the food for the funeral of their church custodian and plan a fund-raising event to help raise the money for a new church furnace.  The final scene shows preparation for the wedding of one of their own.

Cast members include Kathie Smith, in the role of Mrs. Vivian Snustad, Nikky Laird as the multi-talented Mrs. Mavis Gilmerson, Jen Gabrio playing the part of Mrs. Karin Engelson and Alaina Hagestuen, portraying the college age daughter of the Engelsons. The fifth and only male member of the cast will be Jere Fremling, who is onstage as Pastor E. L. Gunderson.  He has been a widower for some time and has recently remarried a much younger Italian wife.

The three performances of the musical will be at 7:30 p.m. in the Aitkin High School auditorium.

Tickets are now on sale at the downtown office of the Aitkin Independent Age.  The price of admission is $10, both in advance and at the door.  This live theater is sponsored by Aitkin County Friends of the Arts and is being directed by Bryan Johnson.

Kathie Smith graduated from Aitkin High School in 1990. She earned her Associate of Arts degree at Central Lakes College in Brainerd.  As a licensed insurance representative, she worked for 12 years in the Aitkin office of American Family Insurance. In 2008, she graduated from the Model College of Hair & Design in St. Cloud.  Since 2009, Kathie has worked for Coombs Cuts in Aitkin.

While in high school, Smith participated in band, choir, Madrigal Singers and choir musicals. As a senior, she was cast in the comic role of Meg Brockie in “Brigadoon,” which is a musical that takes place in Scotland. Her Community Theater debut was in 2011 as Lexie in “The Dixie Swim Club.”  In 2018, she returned to the stage as the local author of a terrible play in the comedy, “Play On!” Now in 2021, she is creating the role of Vivian Snustad, the rigid matriarch in the  kitchen of East Cornicopia Lutheran Church of the Prairie.

Smith and her husband Greg, have two children.  Their daughter Taylor recently earned her Masters Degree and is working as a genetic counselor in Indiana. Their son Nick is currently in the USAF as an aerospace propulsion technician.

Although Nikky Laird was born and raised in Aitkin, being part of the cast of “Church Basement Ladies” will be her second experience with Aitkin Community Theater. Her character is named Mavis Gilmerson, who is a farmer’s wife and a grandmother. She is not afraid of work and can fix anything mechanical as well as do the books.

While Nikky was attending Aitkin High School, she was involved in music and theater. As a member of the Concert Choir, she participated in three musicals: “The Music Man,” “Anything Goes” and “Fiddler on the Roof.” In “Fiddler” she played the part of Hodel, the second daughter of Tevye and Golde.

After graduating from AHS, Nikky attended Northwestern College in St. Paul.  In 2006, she moved back to Aitkin and in 2012 she married Mike Laird.  Their courtship began when he started to deliver the mail to the office where she was the receptionist. Nikky still works at Aitkin County Health and Human Services, although her position has changed to financial worker and Mike still works for the Aitkin Post Office as a mail carrier. They are the parents of four children: Megan (21), Noelle (19), Owen (18) and Parker (13).

Nikky stays busy with work, tending her hobby farm and helping her church with music and teaching children. She is also adjusting to the changing dynamics at home, as her children become adults and move out.

Gabrio graduated from Aitkin High School in 1990 and then ventured to Bethel College in St. Paul. There she obtained a degree in elementary education with certification for early childhood. Today she is employed by Mille Lacs Band of Ojibwe as an instructor.  She assists adults as they work on employment obstacles such as GED, driver’s license, creating a resume and job readiness skills. On weekends she works at Toby’s Thrift Shop.

While in high school, Gabrio participated in choir, band and Madrigal singers. She was also active in three musicals: “Bye, Bye Birdie,” “Once Upon a Mattress” and “Brigadoon.” With Aitkin Community Theater, she has had roles in “Tom, Dick and Harry,” “The Dixie Swim Club,” “I Remember Mama” and “Play On!”.

Alaina Hagestuen is the daughter of Kurt and Kelly Hagestuen. She has three older brothers: Jacob, Nathan and Josh. Alaina is a senior at Aiktin High School, where she plays softball and serves as the head of the yearbook committee. Her goal after graduation is to pursue a career somewhere in the medical field.

Hagestuen’s family instilled in her a love of music since she was a toddler. Her grandma Sonja had the greatest influence, when she passed on her passion for vocal music and served as Alaina’s piano teacher.  This is Alaina’s sixth year in the in the choirs of Aitkin Jr./Sr. High School and her third year in Madrigals, a select vocal ensemble.

For theater, she participated in multiple Prairie Fire Theater productions during her elementary school years. As a member of concert choir, Hagestuen was a chorus member in “Beauty and the Beast” and then “Music Man,” until the COVID-19 outbreak cancelled the show. Last year she was cast in the role of Tina in the Concert Choir production of “Sister Act.”

Jere Fremling graduated from Aitkin High School in 1987 and then attended the University of Minnesota, Duluth, where he obtained a degree in marketing. For 28 years he has been employed by Wells Fargo Bank.  For the last 16 years he has been able to work full-time from his office at home as an application-systems engineer. Jere and his wife, Laurel, have two children: daughter, Kaila, is a senior at Aitkin High School and son, Joel, is a junior attending the University of Northwestern in St Paul. Joel also graduated from Aitkin High School in 2019. Laurel teaches fourth grade at Aitkin Rippleside Elementary School.

Fremling’s acting experience includes the high school roles of Benny Southstreet in “Guys and Dolls” and the Tin Man in “The Wiz.” As a participant in community theater, he played the lead role of Tom in the 2009 comedy, “Tom, Dick and Harry.” Then in 2010, he was Jinx in the musical, “Forever Plaid.” In 2011 all four actor/singers repeated this musical for several performances for an All-Class Reunion. In 2014, Fremling played the part of a funeral director in “I Remember Mama.” His last play was in 2018 when he took on the dual role of Saul, aka Rex, in the comedy “Play On!”, which was a play within a play.