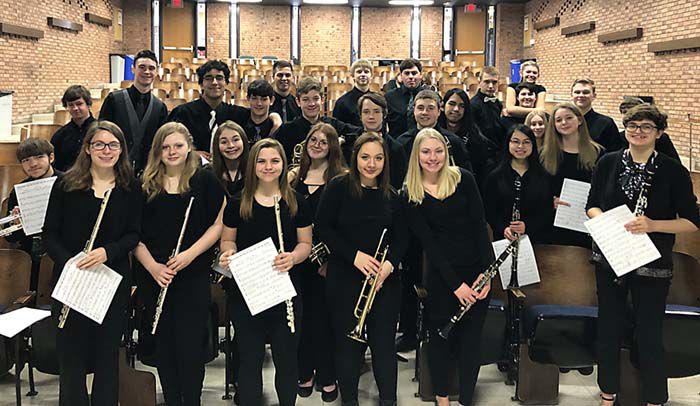 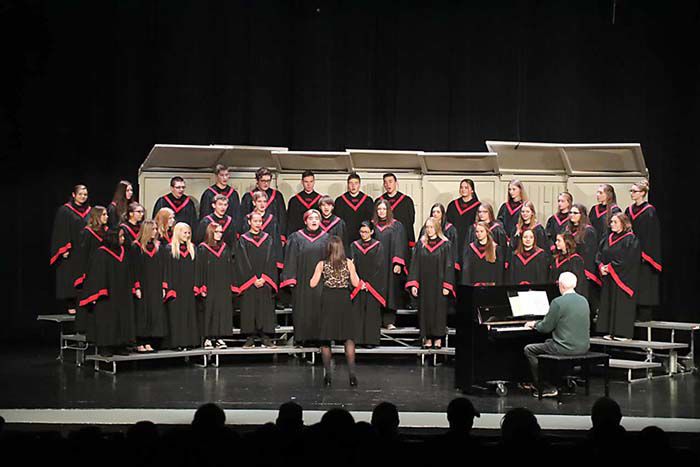 The month of March is a bustling month in the music departments at McGregor School. March was officially designated by the National Association for Music as the time of year when music education becomes the focus of schools across the nation.

On Monday, March 9, McGregor Junior and Senior High School choir and band students performed at the University of Minnesota – Duluth for “Music Contest,” the music department’s version of a state tournament. Contests include solo, small ensemble and large ensemble performances.

“The McGregor band students played Benjamin Franklin and the Art of Music by Robert W. Smith at the Section 7A Music Contest,” said band director Livia Carlstrom. “They played so well and scored three excellent rating, which for small bands at a UMD Contest is not always an easy feat. The students received some great feedback from one of the three judges. It was a great experience and I am super proud of them.”

The choir students had warmed up for contest during a choir concert at McGregor High School on Friday, March, 6, featuring the men’s choir, women’s choir and the concert choir.

The band concert, scheduled for Friday, March 13, was cancelled as a precautionary measure with COVID-19.