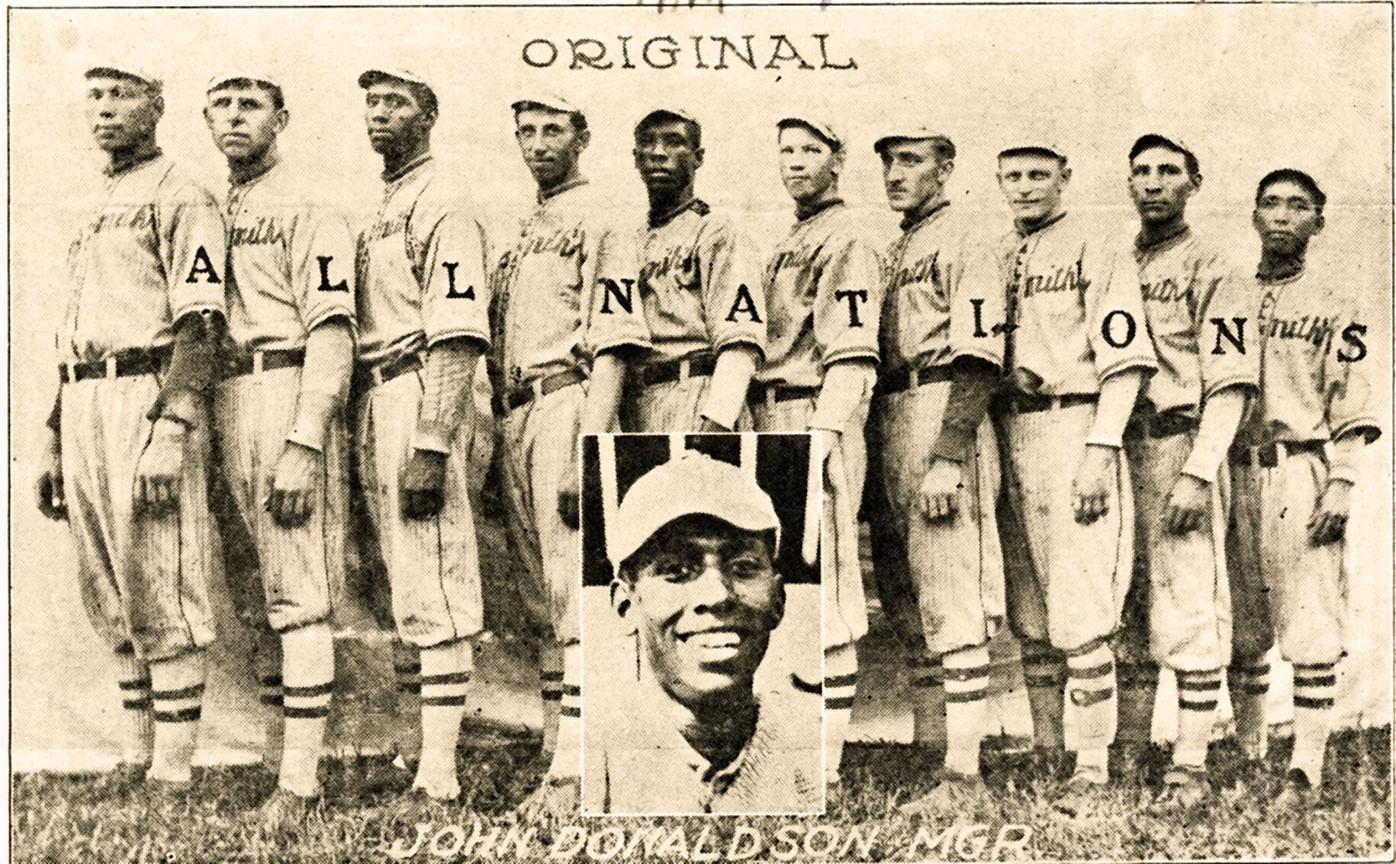 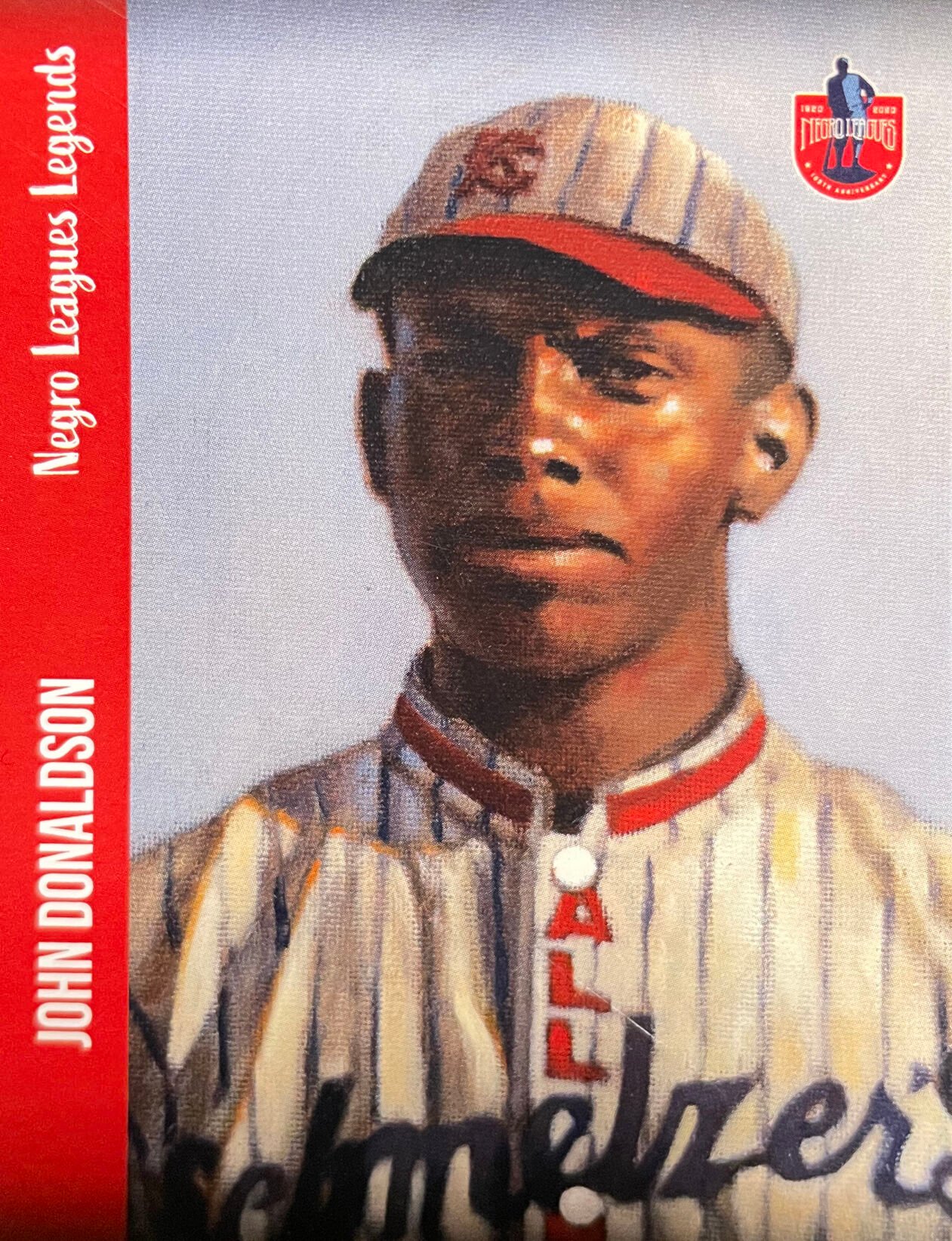 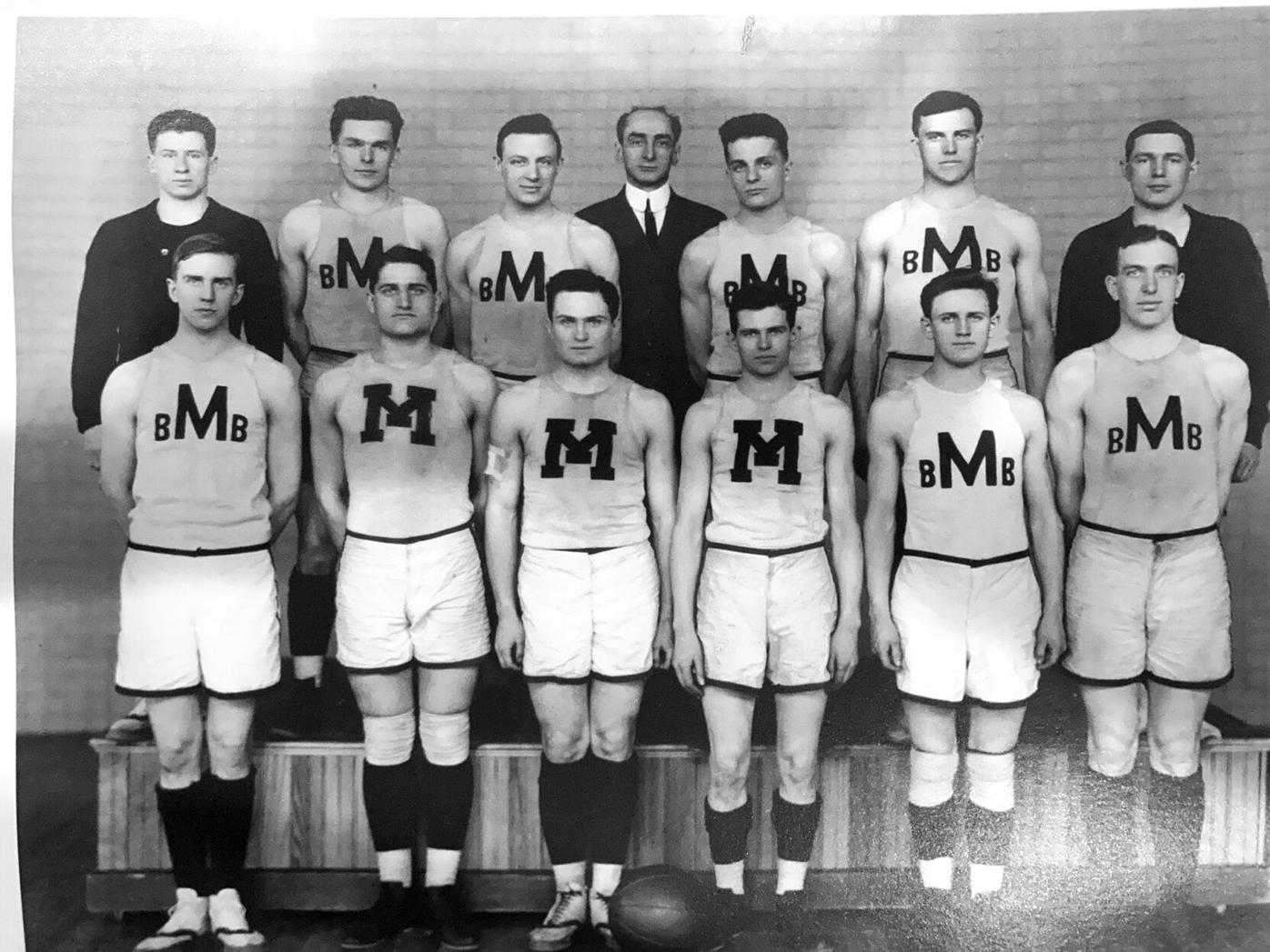 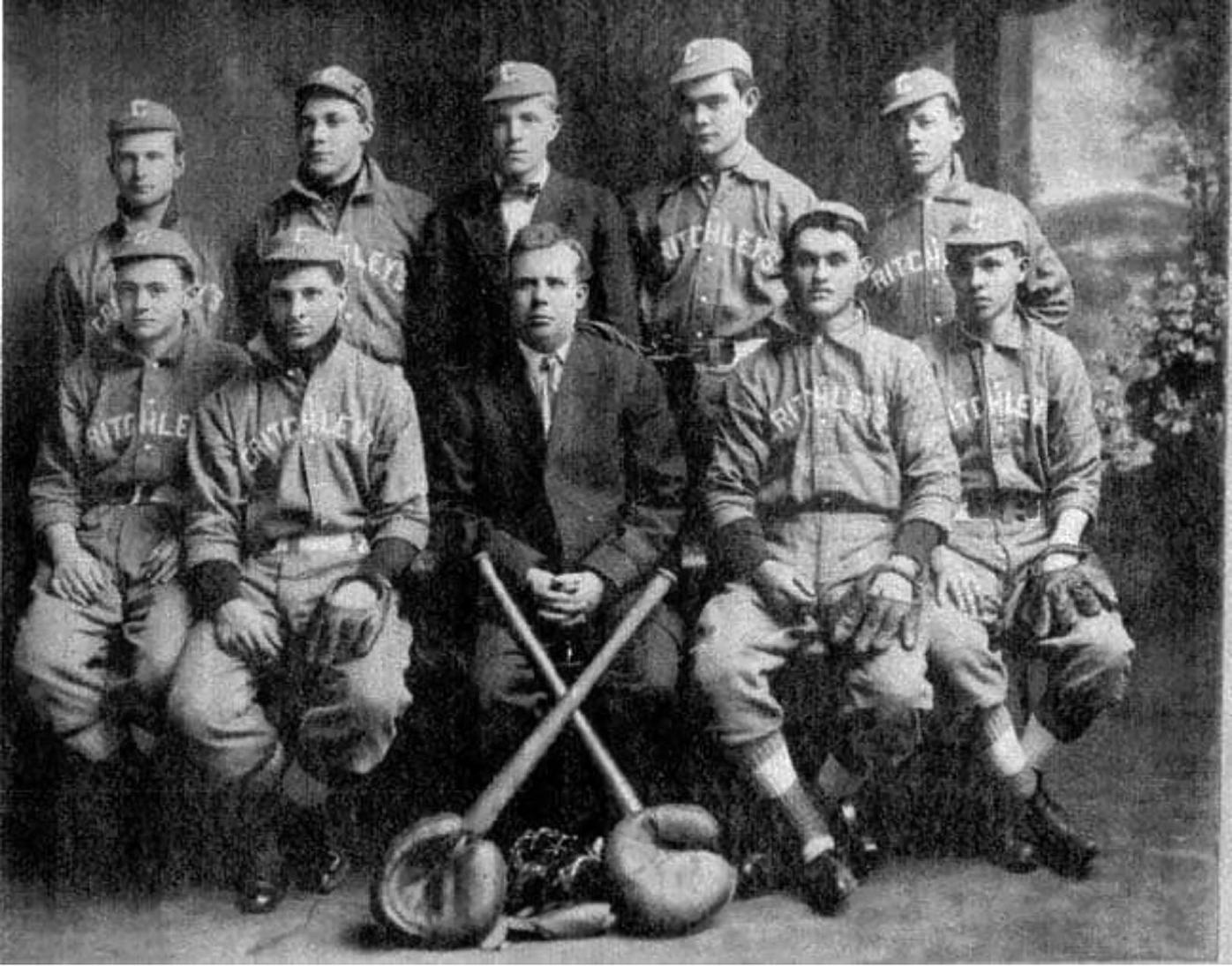 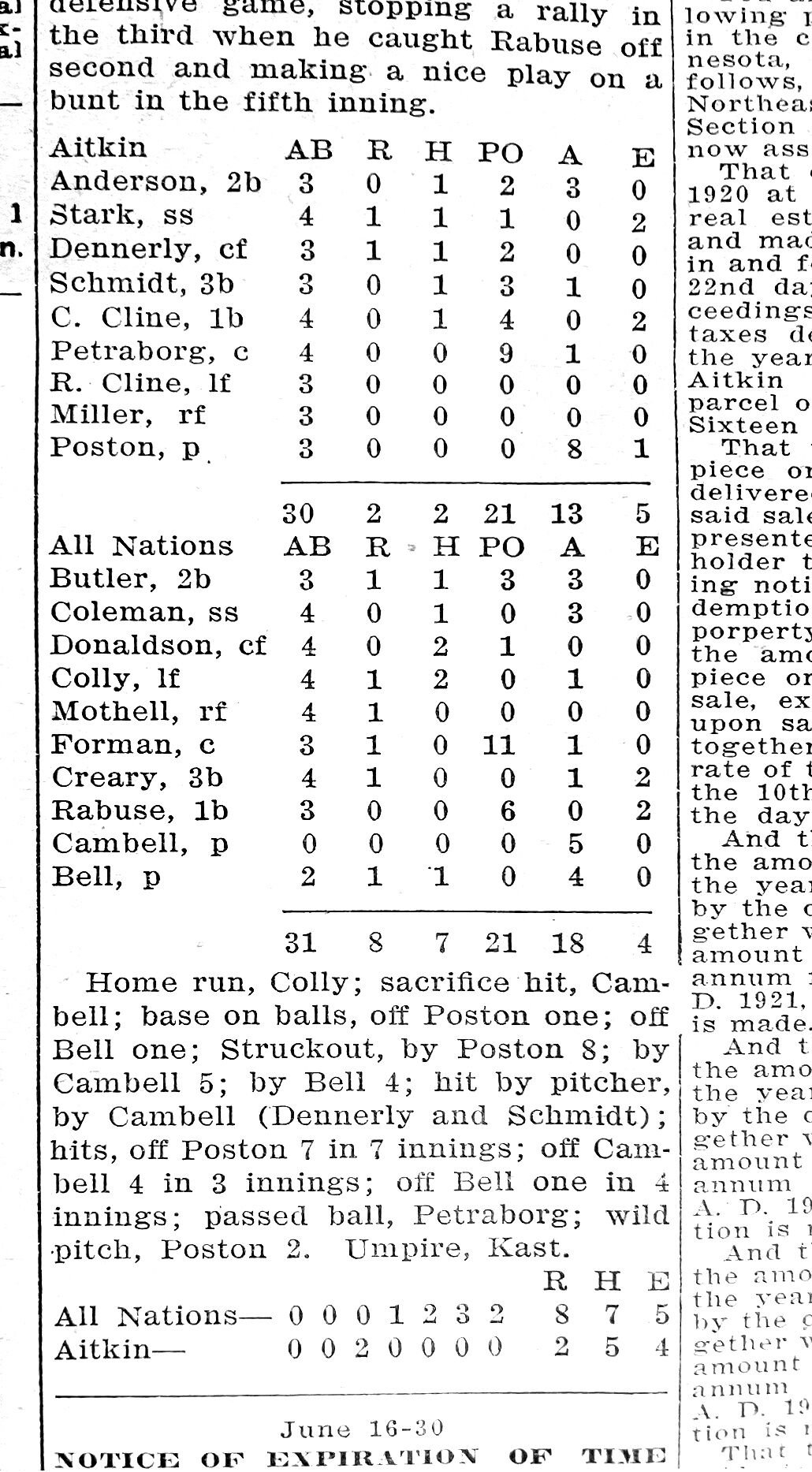 He was an all-around player but as a pitcher he was as good as there was in his era. He has 422 documented wins and 5,181 strikeouts. He was the architect of the “barnstorming” teams in America and he appeared in Aitkin and 130 other towns in Minnesota with his All-Nations team because, as Peter Gorton puts it, “Major League baseball wanted his talent to go far away and segregation wanted his talent forgotten.”

The player’s name is John Donaldson and Gorton is the founder of The Donaldson Network, a group working to get Donaldson into the Baseball Hall of Fame in Cooperstown. His efforts may come to fruition on Dec. 5 when the Early Baseball Committee will judge Donaldson’s worthiness at the Winter Baseball Meetings in Orlando.

It has been a long journey for Donaldson and Gorton but the latter knows it will be worth it if the former enters the hallowed hall. “John’s stats bear his excellence out but more important people than I had noticed, including Hall of Fame owner of the Kansas City Monarchs. J.L. Wilkinson, who called John the greatest pitcher who ever threw a baseball. John McGraw, Hall of Fame manager, said he would give him $50,000 a year and think he was getting a bargain. White Sox owner Charles Comiskey once said, I would give away my whole pitching staff for a chance to sign this guy.”

He once threw 30 consecutive hitless innings, pitched for the All-Nations team and struck out over 500 hitters in four straight seasons. John did all this with no chance of ever pitching in the Major Leagues. By the way, Donaldson was the guy who was responsible for coming up with the name Monarchs for the Kansas City team in the Negro League.

You may wonder why a story about a guy who pitched two dozen years before Jackie Robinson cracked the “color line” would be important to anyone in Aitkin, Minnesota.

Well, here is the answer. John brought his All-Nations team to Aitkin on June 15, 1923 to take on a team of locals in a Friday game that didn’t end until the local businesses closed for the day.

People of all ages cheered on the two teams as they put on a great show before All-Nations won an 8-2 victory. Donaldson had a pair of hits in the game while Anderson, J. Stark, Dennerly, Schmidt and Claude Cline each had one hit for Aitkin. Herb Poston started on the hill for Aitkin and fanned five of the first six batters he faced but eventually All-Nations took a 3-2 lead in the fifth and scored two more in the sixth and put it away with three runs in the seventh. Some of the other locals in the box score were Gerald Petraborg, Ray Cline and Jack Smith.

It’s also interesting to note that Claude Cline was the father of Minnesota Hall of Fame member Bill Cline who of course still has grandchildren and great-grandchildren living in the Aitkin area. Petraborg also has a great-grand-daughter, Karn Jameson, who is a part-time resident of the area with her husband Rob. By the way, the umpire for the game was identified as Kast, most likely Wesley Kast, grandfather of Aitkin graduate Bill Kast, a good friend who lives in Cambridge.

Gorton, who is originally from Staples has chased Donaldson’s legacy for 21 years, talked to many people and he has a lot to say, “The strange thing is that Minnesotans regarded him as a hero, they didn’t forget him. I had a guy tell me that when Robinson broke the color barrier in 1947 it was no big deal because Donaldson did that in 1924. That comment has stuck with me for many years.”

His accolades and Hall of Fame resume also includes being a five-tool player, a pitcher who had four Major League pitches including the slider which he helped innovate. He was also named to the All Time Negro League Team in 2020.

The National Baseball Hall of Fame gave this statement, “John Donaldson pitched in the Negro Leagues and pre-Negro Leagues for over 30 years, earning a reputation as one of the best pitchers in the game. Also playing the outfield and managing, Donaldson helped establish the barnstorming business model that was profitable for black teams for decades.”

Now you know who John Donaldson was, a great pitcher of color and outfielder who seems destined for immortality in the National Baseball Hall of Fame. We will all find out for sure on Dec. 5.