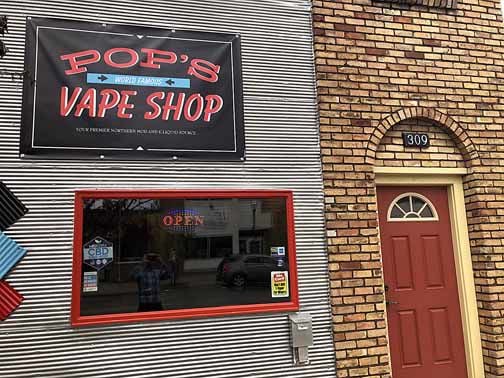 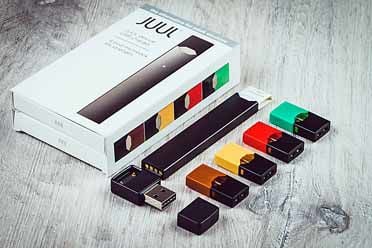 Juuls are popular with minors for their small size and resemblance to USB drives, which makes them easier to sneak into schools. 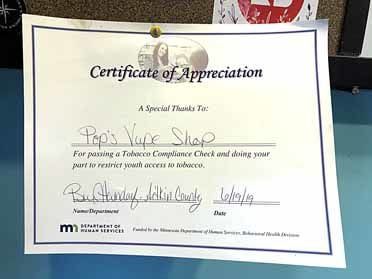 A certificate presented to Darren Tollakson, awarded for refusing service to minors. 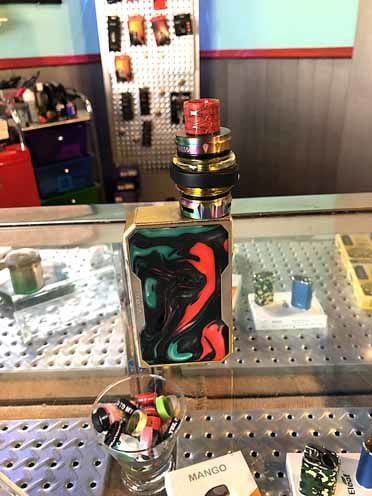 Tollakson’s personal vape helped him quit smoking years ago. His success inspired him to open the shop. 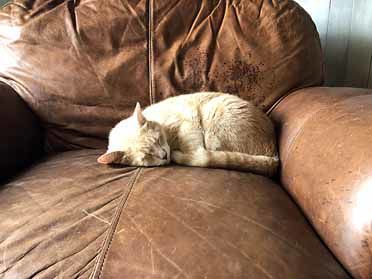 Solieo is a common sight at Pop’s, and around the neighborhood on occasion.

While vaping hype consumes the headlines, it may have unforeseen repercussions on small business owners, and those struggling with nicotine addiction

Vaping has been a hot national topic ever since the first vaping-related death last August. Outcry against vaping in general has become a struggle for some vape shop owners like Darren Tollakson, owner of Pop’s Vape Shop in Aitkin.

Over the last two weeks, Tollakson’s business activity and profits have plummeted to “almost nothing,” since the “vaping epidemic” took hold of the media, and he may soon be forced to expand his product variety, or lose his business completely.

For the last two years, Pop’s Vape Shop has been selling alternatives to smoking, with the intention of helping people quit tobacco use completely. Until recently, he’s been successful, and says many have stopped smoking in favor of vaping instead. With the recent illnesses becoming a problem across the United States, he fears many are returning to cigarettes, which are responsible for over 480,000 deaths every year in the U.S. alone.

As a result of the vaping-related illnesses, some local and state governments are moving to ban vape products. The Los Angeles County Board of Supervisors has taken steps to ban flavored tobacco products and has called on the governor of California to ban vaping in the state altogether. Michigan’s governor passed a “controversial” ban on vapes and e-cigarettes that took effect on Oct. 2. In Utah, only specialty tobacco shops are able to sell flavored e-cigarettes as of Oct. 7, and all are required to post notices on the dangers of vaping THC products. Many more municipalities (over 220) have or are considering jumping on the anti-vape bandwagon as well.

However, according to the Washington Examiner, a recent Mayo study found no link between legal vaping products and any of the vaping-related injuries and deaths fueling the anti-vape legislation. Rather, injuries reported up to this point were most likely caused by ingredients (vitamin E acetate and cyanide, according to Tollakson) used to produce “black market” products containing high concentrations of THC, as most of the patients self-reported using THC, and those reporting a higher dosage were in the most critical condition.

Tollakson compared the recent vaping bans to the alcohol bans of the prohibition era. He’s concerned that making vapes illegal will cause the same problems that prohibition did, such as bootlegging and black market sales - which historically leads to more dangerous products and worse problems than before.

For now, Tollakson’s problems are trying to keep his products available to the intended consumers, and keeping his morals intact while doing so.

Tollakson is adamant against selling tobacco, or products sold by tobacco companies, such as Juuls (largely owned by Altria, formerly Phillip Morris). Juuls are also popular among minors due to their compact size, ease of concealment, fruity flavors and subtle scent, which can be passed off as perfume in public. The widespread use of Juuls among underage teens is a contributing factor to the “vaping epidemic,” and the popularization of legislation raising the minimum age to purchase nicotine products (despite many arguing that raising the minimum age requirement won’t likely stop people who don’t meet the age requirement already).

“We don’t want kids to vape,” said Tollakson, then joked, “or eat tide pods, or anything dangerous.”

The political juggernaut against vaping raises questions. While 18 have died from illness caused by illegal vaping practices (as of early October), millions more have died from completely legal cigarette smoking, the leading preventable cause of death in the United States. Tobacco-burning products, however, are receiving a significantly smaller spotlight, in the media and in politics. With law-makers across the nation banning vapes (a tool used by many to quit smoking, and, according to Public Health England, 95% safer than cigarettes), some ask “Why not ban cigarettes, too?”, a question that could bring up speculation about tobacco money in politics. Sal Caiozzo, a Republican politician from Rhode Island, has released a statement connecting the tobacco industry with Governor Gina Raimondo’s vaping ban, stating that former tobacco company figures had significantly contributed to Raimondo’s fund-raisers.

Last July, two hospitals in the United Kingdom allowed an e-cigarette outlet to open vape shops on hospital grounds in an effort to ban smoking on the premises, according to the New York Times.

Many other sources, such as the Centers for Disease Control and Prevention and Johns Hopkins Medicine, also found that a complete switch from smoking to vaping is beneficial to the consumer’s health, although the healthiest option is to quit completely. Nicotine is still present in e-cigarettes, and is still addictive no matter what form it is ingested in. As Tollakson points out, however, the nicotine content in e-cigarettes can be adjusted, and gradually weaned out completely.