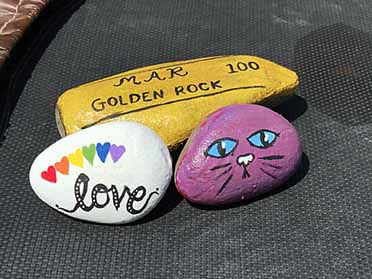 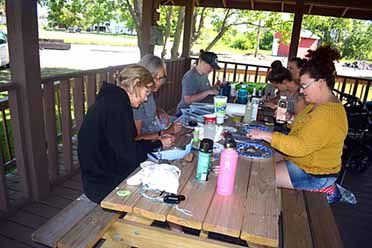 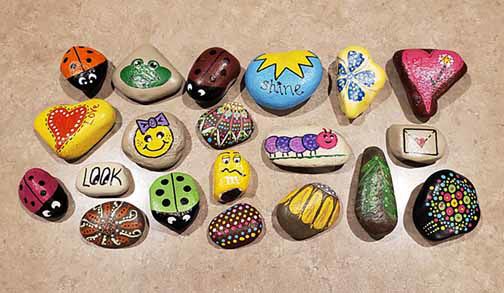 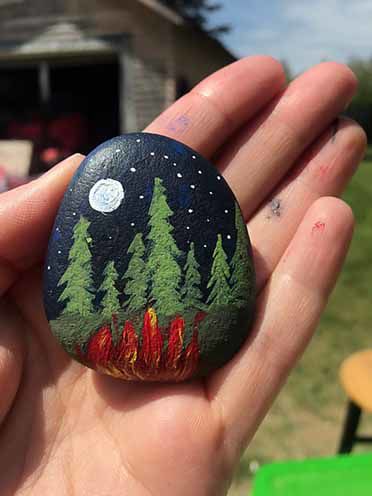 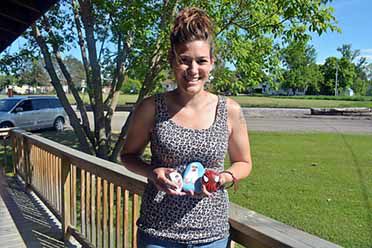 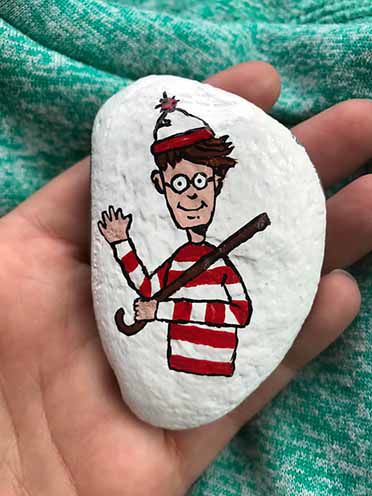 Visitors may notice unusual activity around the McGregor area – people of all ages peering around rock beds, businesses, light posts and other landmarks. What are they searching for one might wonder? Rocks, of course! Creatively painted rocks produced by members of the McGregor Area Rocks (#MAR) group. Another 20 rocks were recently hidden in and around the Aitkin area. Happy hunting!

Tori Fredrickson of McGregor started the rock painting, hiding and finding Facebook group in July of 2018. She was inspired after visiting her brother and his family in Washington. “They live near a park and would often hunt for painted rocks there,” says Fredrickson. “My kids really enjoyed it because it was like a mini treasure hunt.” Fredrickson brought the idea back home to McGregor.

The group started off slowly last year with mostly family members participating. Fredrickson kicked off this season by painting and hiding 30 rocks in April. Shortly thereafter, Sandy Engel, a McGregor summer resident who winters in Arizona, was searching for a local rock painting group online. Engel had been involved in a group in Arizona and wanted to continue when she returned to Minnesota. She joined the MAR group and others quickly followed suit. “I think families heard about it and saw how fun it was, so everyone wanted to join,” said Fredrickson. “We had less than 50 members at the beginning of the summer, and now we have 236 members and climbing!”

Fredrickson’s objective was to find a fun way to get kids in the community outdoors and active. She says her own family has been averaging four miles a day walking and riding bikes while looking for and hiding rocks. “It’s a great way to get not just the kids but everyone involved, whether it be painting the rocks, hiding them, finding them or all three,” explains Fredrickson.

Fredrickson and her husband Derek are both McGregor High School graduates and have four children under the age of 10. She has worked as an EMT for the McGregor Ambulance Service for the past three years.

Engel had an idea to find a way to engage more people of all ages and abilities. Aware of the fact that residents at Carefree Living in McGregor may not be able to search around town, she approached management and proposed hiding rocks around the facility for the 20 residents. The idea was eagerly accepted and members of MAR are currently busy painting rocks to be delivered to Carefree Living before July 4. If there is interest, members of the group also hope to schedule painting sessions for the residents in the future.

For anyone interested in joining the Facebook group, visit the McGregor Area Rocks (#MAR) page and request to be added to the group. You will find pictures of recently hidden and discovered rocks along with fun clues to help you in your search. Rock painting ideas can be found on the Internet and Pinterest. Those finding rocks are encouraged to post a picture and note where the rock was found on the MAR Facebook page. Finders may keep the rocks but are encouraged to re-hide them and post a clue for the new location.

Guidelines are also available on the page, and all new members are encouraged to read and follow them carefully. Acrylic paint covered with a coat of modge podge is recommended with #MAR painted on the underside. Rocks may hidden anywhere in the community with the exception of state or national parks. No negativity is allowed on the group page.

“We are thankful to have each person in this group,” concludes Fredrickson. “It is great to see members of our community coming together and enjoying something as simple as painting, hiding and searching for rocks. We truly do live in a great community. “