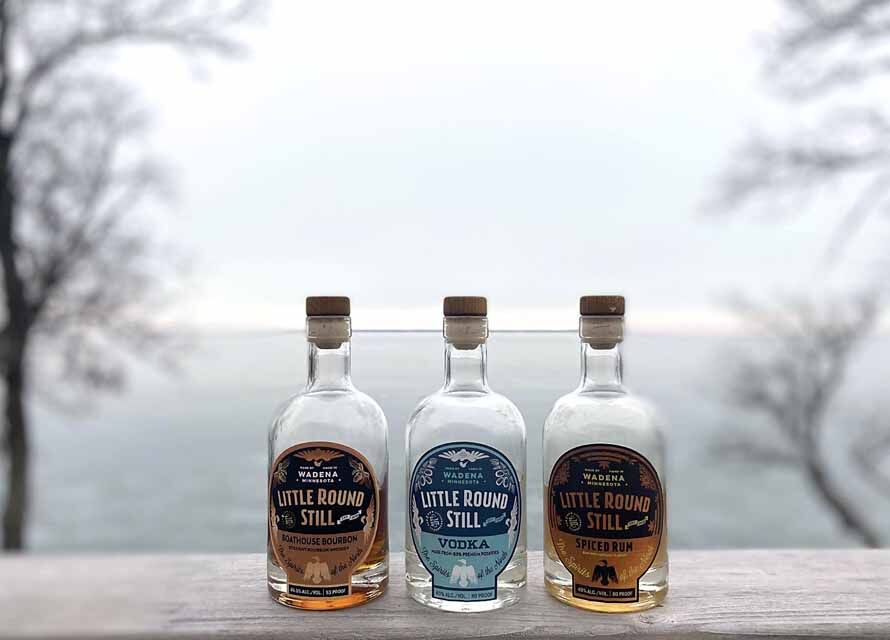 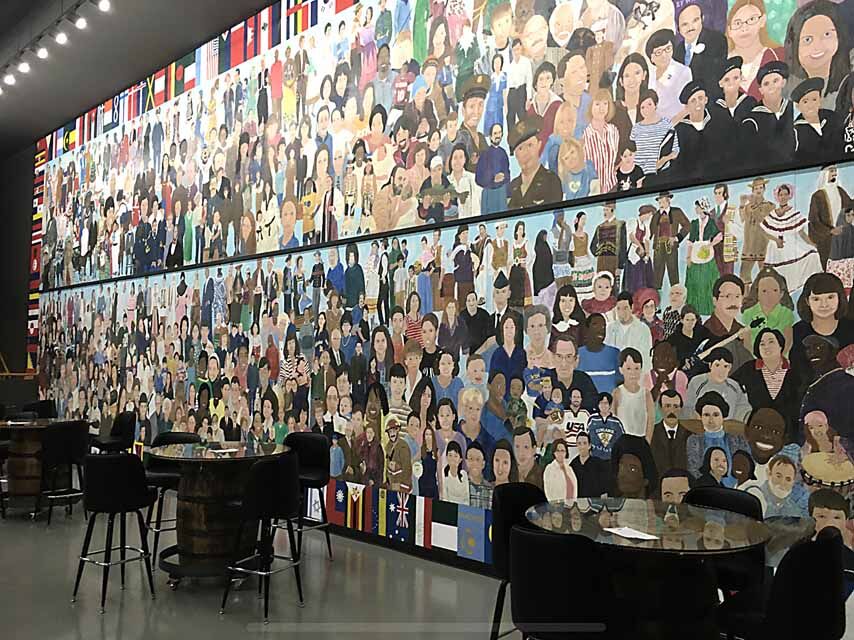 Little Round Still in Wadena is owned in part by Aitkin native Steve Wilson, who joined forces with a number of people to start the microdistillery. The mural featuring hundreds of diverse faces highlights the tasting room at Little Round Still.

Little Round Still in Wadena is owned in part by Aitkin native Steve Wilson, who joined forces with a number of people to start the microdistillery. The mural featuring hundreds of diverse faces highlights the tasting room at Little Round Still.

Aitkin native Steve Wilson likes to say that, “in a previous life,” he was a lumberman.

In that career, he got a chance to meet Stephen Hobbs, one of the owners of “The Barrel Mill” in Avon, Minnesota. Hobbs, in turn, introduced Wilson to David Stormoen, who supplies Hobbs with the white oak for their whiskey barrels.

“When I met David for the first time, we hit it off great and he had a sample of moonshine that had been aging in some of their 4-year-old white oak,” Wilson explained. “It was fantastic and I said to him, ‘if you ever decide to open a distillery I sure would like to tag along.’”

That offhand comment has led to what is now Little Round Still – a distillery located in downtown Wadena. Wilson, along with Stormoen, Derek and Aaron Kern, Wadena, and James Muston, Perham, have put together the business, which opened earlier this year.

Muston works as the general manager, giving tours and taking charge of the business’s tasting room.

Wilson said that the venture was larger than originally expected. As a result, he and Stormoen decided to seek investors. That included the Kerns and Muston.

Recently – and what put Little Round Still on the map locally – was the decision to sign a deal with C&L Distributing out of St. Cloud. As a result, Block North Brew Pub, The Landing and Aitkin Lanes have started carrying Little Round Still’s liquor.

“Several establishments in Aitkin have already ordered our product and everyone who deals with C&L will have the opportunity to do the same,” said Wilson. “We just can’t get over how supportive everyone has been in Aitkin of Little Round Still and the Wilsons are so humbled by that.”

Wilson added that Amanda Lowe from Block North, Brent MacDonald of The Landing and Christina Patrick of Aitkin Lanes are all fellow classmates of Wilson’s from the Aitkin High School Class of 1989.

Speaking to his product, Wilson said he and his partners have gone to “great lengths to make” the liquor top shelf. He said the secret is in the white oak aging process.

“Minnesota grows some of the most sought-after white oak in the world because of its ability to take alcohol and mellow it out to remove the unwanted flavors and ‘burn,’” Wilson explained. “Our Boathouse Bourbon (named by Steve’s wife, Julie) and Spiced Rum are very smooth because of our 4-year-old white oak.”

He added that the distillation process used also minimizes the burn, and that Little Round Still uses potatoes in its vodka.

Right now, Little Round Still is considered a microdistillery – under 40,000 proof gallons a year. Wilson said that was a conscious decision.

“We wanted to be the best rather than the biggest.”

Now, with local artwork from former Wadena art teacher Chuck Richardson – a mural celebrating the diversity of Minnesota – and the copper of the stills, Wilson said he feels the company has a lot to celebrate.

“Our mission was to make everyone feel welcome and right at home,” he said.