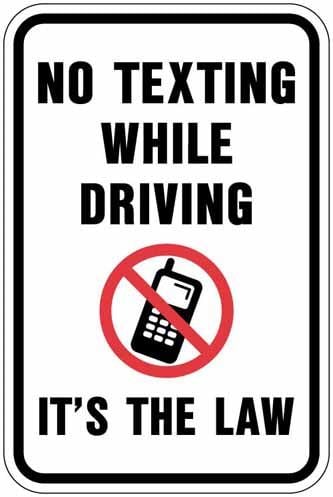 That’s like driving blind at 55 miles per hour for the length of a football field. Using a cell phone diverts 37 percent of your attention away from driving. It’s like driving with a blood alcohol level of .08, which is the legal limit in Minnesota. 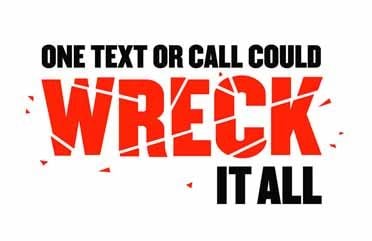 Minnesota legislators have made texting while driving illegal, but drivers, except for school bus drivers and teens learning to drive, are allowed to talk on cell phones.

This age of technology has produced these communication devices that are causing one out of every four accidents in Minnesota. While the results of distracted and drunk driving, including deaths on the highways, are the same, the penalties are not.

The penalty for a first offense of texting while driving is a fine up to $300. Compare that to a first drunk driving offense of up to 90 days in jail, a fine of up to $1,000 and a suspended driver’s license for 90 days. An accident involving a distracted driver who kills someone could result in a charge of criminal vehicular operation or homicide. A conviction could also result in imprisonment of up to 10 years and a fine of no more than $20,000 or both.

Moreover, civil damages from a death caused by distracted driving could cost in the millions.

In his 17 years with the Minnesota State Patrol, Sgt. Neil Dickenson, currently the state patrol’s public information officer for the northeast region, has observed more vehicles on the road and many more distracted drivers.

“Distracted driving is highly under-reported,” said Paul Bruggman, coordinator of the Aitkin County Toward Zero Deaths Coalition, and retired state trooper. “I think it could be considerably higher.”

The Senate and House have taken steps to amend the law on reckless driving. This change makes a driver who disregards and takes a risk that results in harm to another or property guilty of reckless driving. A driver who consciously disregards substantial risk that the driving may result in great bodily harm or death is guilty of a gross misdemeanor. The penalty for a gross misdemeanor could be a year in jail, a $3,000 fine or both and two years of probation.

Two years ago, Minnesota became the third state to ban text-messaging and online browsing while driving. It is illegal for drivers to read/compose/send text messages and emails, or access the Internet using a wireless device while the vehicle is in motion or a part of traffic  – including stopped in traffic or at a traffic light.

Now, 19 states and the District of Columbia do it. Six states and Washington, D.C., meanwhile, ban drivers from using handheld cell phones. None, however, bans all cell-phone use (hand-held and hands-free devices).

“It is still legal for adults to use a cell phone while driving,” said Turner. “It is difficult to differentiate when someone is texting versus when someone is making a phone call. To make it more enforceable, there needs to be a change in the law. Now, the focus is primarily on the driving behavior as a result of the phone usage. One change that would make existing laws more enforceable would be for a ‘hands free’ requirement while a vehicle is being operated. Many people have begun to see the dangers of driving while using a cell phone as we are seeing more motorists pulled over to the side of the road while using their cell phones.”

Critics of tougher penalties for distracted driving say that blaming accidents on distracted drivers is hard to prove, while drunken driving can be measured by blood-alcohol tests.

“The danger of distracted driving,” said Bruggman, is that it’s no longer confined to the middle of the night. It’s all day, all ages and by people from every walk of life. I am more frightened of a distracted driver than a drunk driver.”

“The biggest concern these days is the apparent attitude among many that driving does not require their undivided attention,” added Turner. “Much progress has been made in Minnesota in the past several years in reducing the number of traffic-related fatalities. From the high of 1,060 in 1968 to  all-time low of 361 in 2014, we are certainly headed in the right direction. The four Es:  Engineering, Education, Enforcement and Emergency Medical Services – as identified in our local Toward Zero Deaths Coalition – have all contributed to that decline.  With a goal of reducing that number to under 300 by 2020, it is going to take everyone’s effort.”

Dickenson did say that vehicles are safer today than in the past. More people are wearing seatbelts; intersections have been made safer; and roads have been improved with cable safety barriers and guardrails.

Dickenson’s advice to drivers: “Slow down, wear your seatbelt, reduce your distractons while driving, provide a safe following distance between you and the vehicle in front of you, don’t drink and drive and if you are on medications, know and understand the side effects prior to driving. Drive like your life depends on it, as it does.”

“The best advice is for everyone to take the ‘It can wait’ no texting while driving pledge,” said Turner. “Slow down and dedicate all of your attention to the driving task at hand.”

Besides using a cell phone or text messaging, here are other distractions:

Checking a map or GPS device.

Talking to children or other passengers.

Driver distraction was reported to have been involved in 16 percent of all fatal crashes in 2008 according to data from the Fatality Analysis Reporting System (FARS).

The age group with the greatest proportion of distracted drivers was the under-20 age group.

An estimated 21 percent of injury crashes were reported to have involved distracted driving, according to data from the General Estimates System (GES).