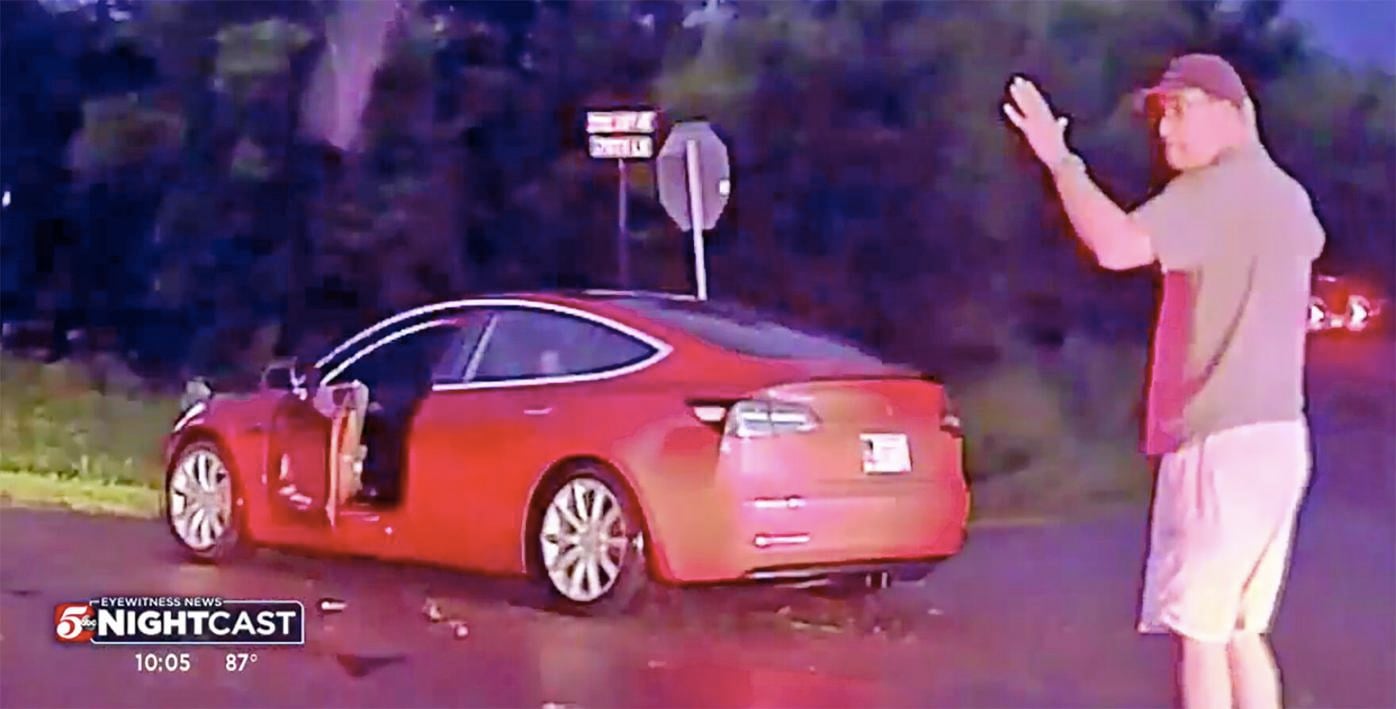 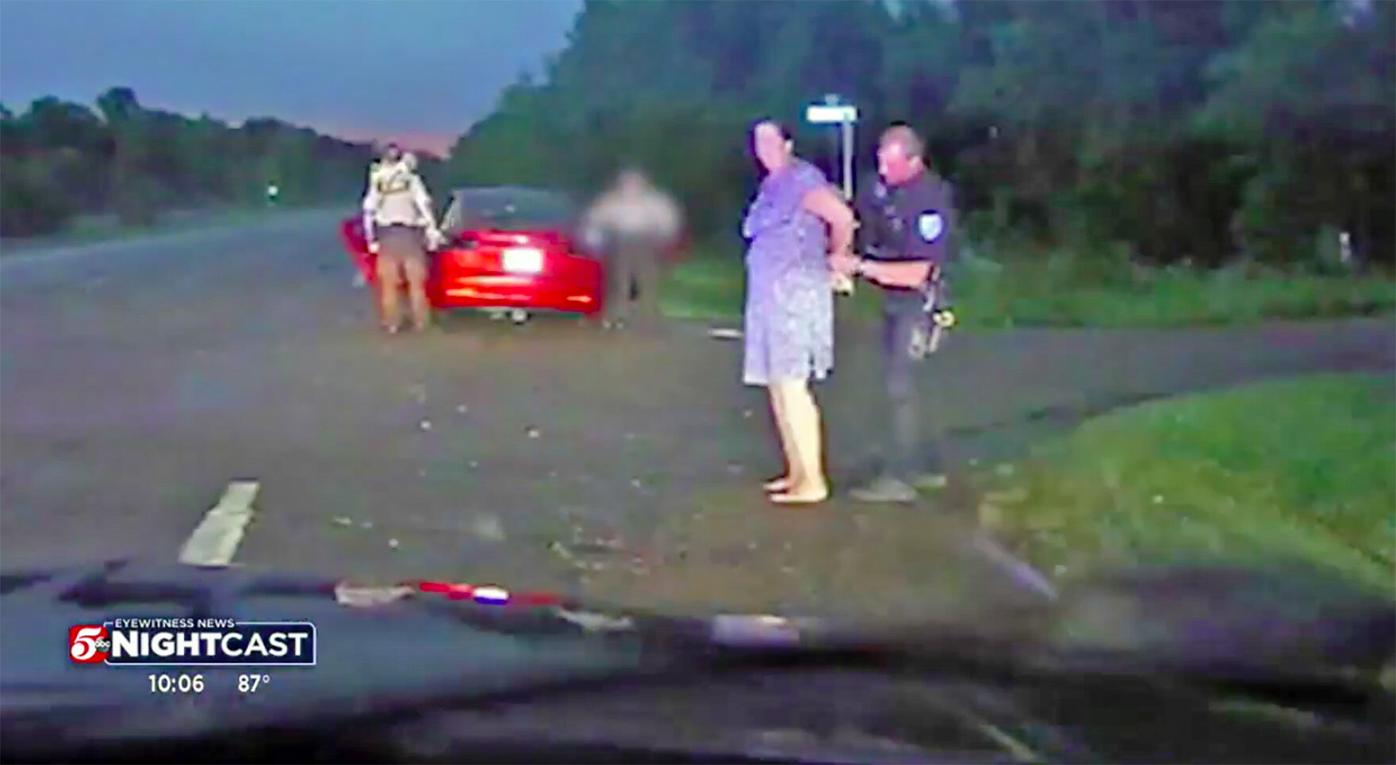 A lawsuit has been filed by a Minneapolis couple for an incident that happened in July 2020 involving a high speed car chase and mistaken identity.

The couple, Terrance and Nancy Nielsen, along with their two teenage children, were caught in the middle of the chase and mistaken for a driver who led the police on the high-speed chase through Isle into Aitkin County.

According to the police incident report, on July 8, 2020, around 9:18 p.m., Isle law enforcement observed a vehicle with no registration traveling at 79 miles per hour in a 40 mph zone on Hwy. 27 near East Superior Street in Isle. Law enforcement activated emergency lights in an attempt to stop the vehicle, but the vehicle did not stop and began accelerating to high rates of speed in excess of 115 miles per hour.

An Isle officer observed that the car was a red, four-door car. The vehicle slowed down twice to speeds of approximately 50 mph and pulled over to the side of the road, but continued northbound on Hwy. 27 at high rates of speed.

Aitkin County deputies were notified of the pursuit and placed stop sticks north of the Mille Lacs County/Aitkin County line. The Isle officer slowed down and gave the vehicle a safe distance of about 300 yards after learning that the stop sticks were placed, according to the report.

Approximately 400 yards from the stop sticks, facing northbound, was a vehicle, a red, four-door Tesla, matching the description of the suspect vehicle. The Isle officer performed a felony stop, and an Aitkin County deputy placed the driver, Terrance Nielsen, into handcuffs and into the Isle officer’s squad car. His wife, Nancy Nielsen, was also handcuffed and placed into an Aitkin County patrol vehicle, according to the incident report. The police report did not address police actions toward the two remaining juvenile occupants, but a statement later put out by the family stated that the two teenage children, ages 13 and 15, were also detained.

Not stated in the police report but shown on officer body camera footage obtained by KSTP, the Isle officer ordered the couple out of their vehicle at gunpoint.

According to the report, the Isle officer then noticed there was no damage to the vehicle’s tires. Terrance Nielsen was read a Miranda warning but stated he was confused as to why he was in custody and that another red car had passed him as they were stopped. He also stated he was following the speed limit and was going approximately 55 mph and wouldn’t speed with his children in the vehicle.

The Isle officer removed Nancy Nielsen from handcuffs but read her a Miranda warning, and she also stated she was confused about why she was placed in handcuffs. The officer was then informed by Aitkin County police that they had located the suspect vehicle near 328th Avenue and that the driver was in custody. Nancy Nielsen told police that they were not involved in the pursuit but observed a red car passing them, and that they were on their way to their cabin in Aitkin, according to the report. The Isle officer was then informed by State Patrol that their squad camera showed two vehicles passing through the spike strip location and informed the Isle officer that the vehicle stopped was not the vehicle involved in the pursuit.

The couple was then removed from the police vehicles and informed that they were no longer under arrest. The officer informed the couple that after reviewing squad car video footage, they had stopped the wrong vehicle, according to the report. The officer apologized to the family for the mix up and said they were free to go, offering them a business card with the officer’s information.

A Sauk Rapids man who was the driver of the suspected vehicle was charged with a felony count of fleeing an officer and a DWI charge for refusing to submit to a chemical blood test.

A letter recently sent by the Nielsens to the Mille Lacs Messenger and Aitkin Independent Age stated that there is not a day that goes by they don’t think about the incident and that through the lawsuit, they are hoping for a change in policy because the events that occured that night to their family “occur routinely around Minnesota and the U.S.”

The couple has named the city of Isle, Aitkin County, an Isle officer, three Aitkin County deputies, and a Minnesota State Trooper in the lawsuit. The Minneapolis couple, in the letter to the Messenger and Aitkin Independent Age, compared the event to when Derek Chauvin was not questioned by other officers and allowed to control the incident with much worse results.

The story of the driver being apprehended for fleeing an officer was printed in the Mille Lacs Messenger in August of 2020. In the criminal complaint from the Mille Lacs County attorney’s office, on which the initial story was based, there was no mention of the incident with the Nielsens. In the monthly Isle police report given to the Isle City Council, there was only a “pursuit” mentioned.

“It was a very unfortunate situation and I understand the Nielsen’s position,” he said. “They were in a perfect storm and it’s hard to comprehend that unless you look at all of the evidence.

“The Aitkin County Law Enforcement team was able to prevent the matter from further escalation, as well as actually arrest the correct suspect in a very short time,” he added.