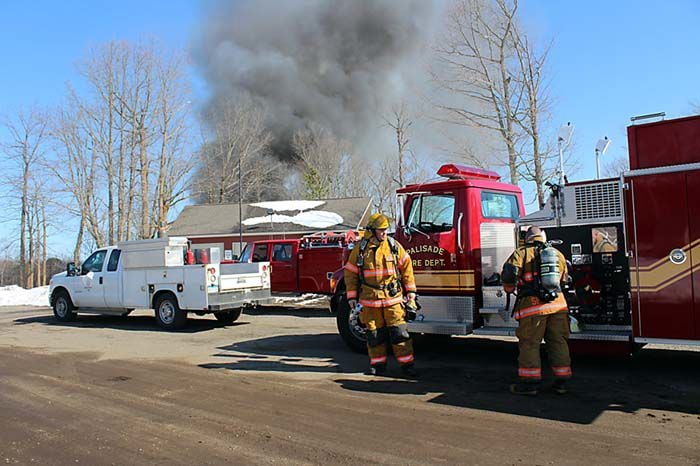 A 16-Unit villa at Quadna Mountain  was completely destroyed by fire on March 17. Nine volunteer fire departments from around the region responded to the fire. 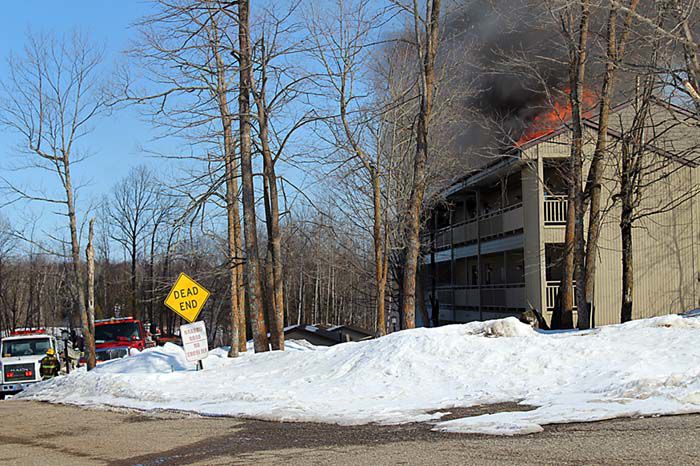 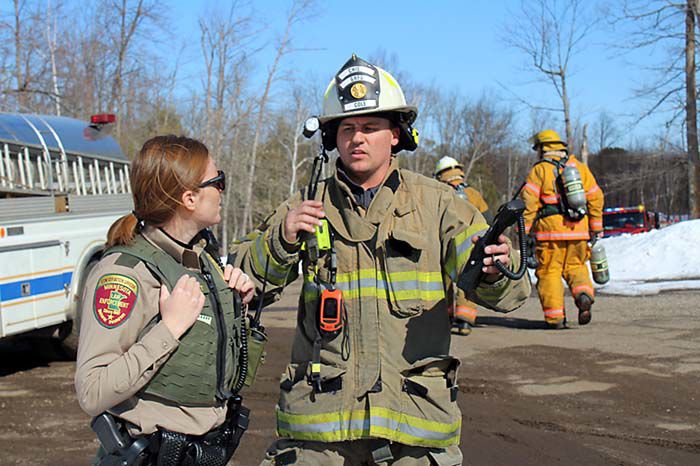 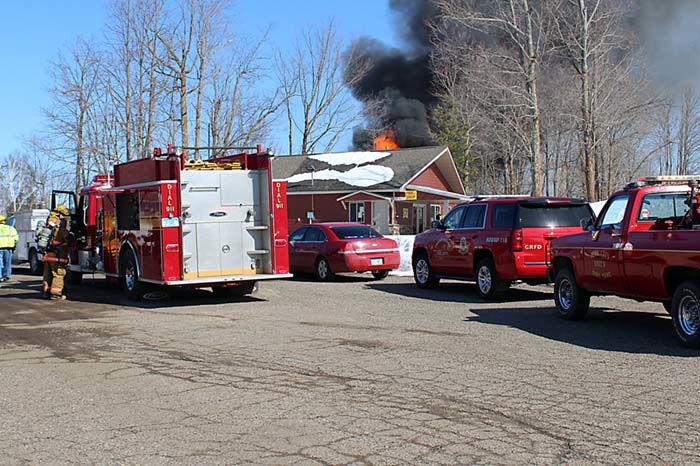 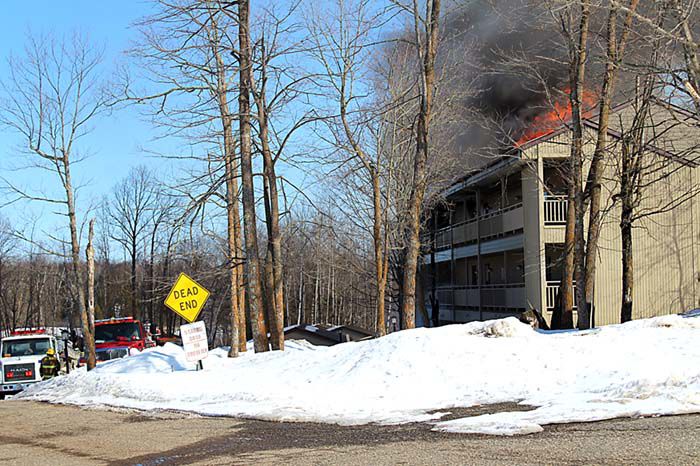 A 16-Unit villa at Quadna Mountain  was completely destroyed by fire on March 17. Nine volunteer fire departments from around the region responded to the fire.

On March 17 at 2:20 p.m. the Hill City Fire Department was dispatched to a fire at 525 Quadna Mountain Rd, Hill City – a fire that resulted in the complete loss of one structure.

Flames and smoke were reported coming from the peak of Villa No. 1, which contains 16 individual units on two floors. Upon arrival, firefighters observed flames through the roof on the building.

It was quickly verified that no one was in any of the units, which are a mix of permanent residence and seasonal units. The fire quickly spread through the attic space throughout the entire building.

Aitkin Fire Chief Brian Pisarek confirmed that the building was a complete loss.

Firefighters were able to keep the fire from spreading to the adjacent villa. All of the units in Villa 1 sustained fire, smoke, and water damage. The Red Cross was called in to assist residents who were  displaced.

No firefighters or residents were injured by the fire. The State Fire Marshal’s office was called in to investigate the cause of the fire.

Firefighters were on the scene until 11 p.m. and were called back on March 18 at 7:58 a.m. to investigate hotspots that continued to smolder.

The Hill City Fire Department expressed appreciation to all of the assisting agencies and to the Hill City community for its support with this fire.