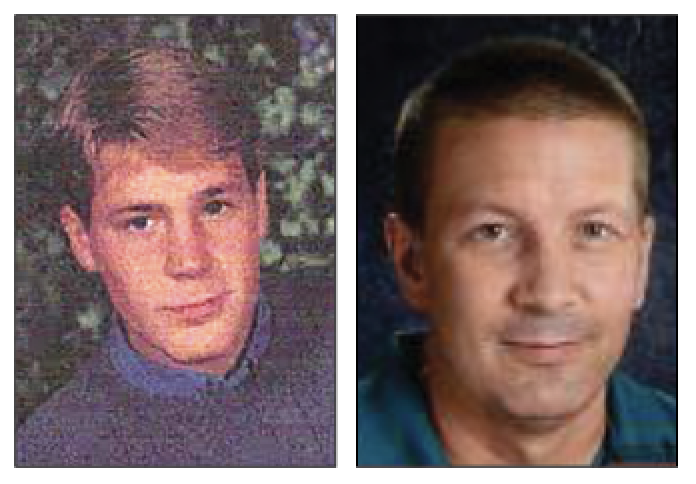 Noel Dalluge as he appeared in 1986 and an age-progressed photo. 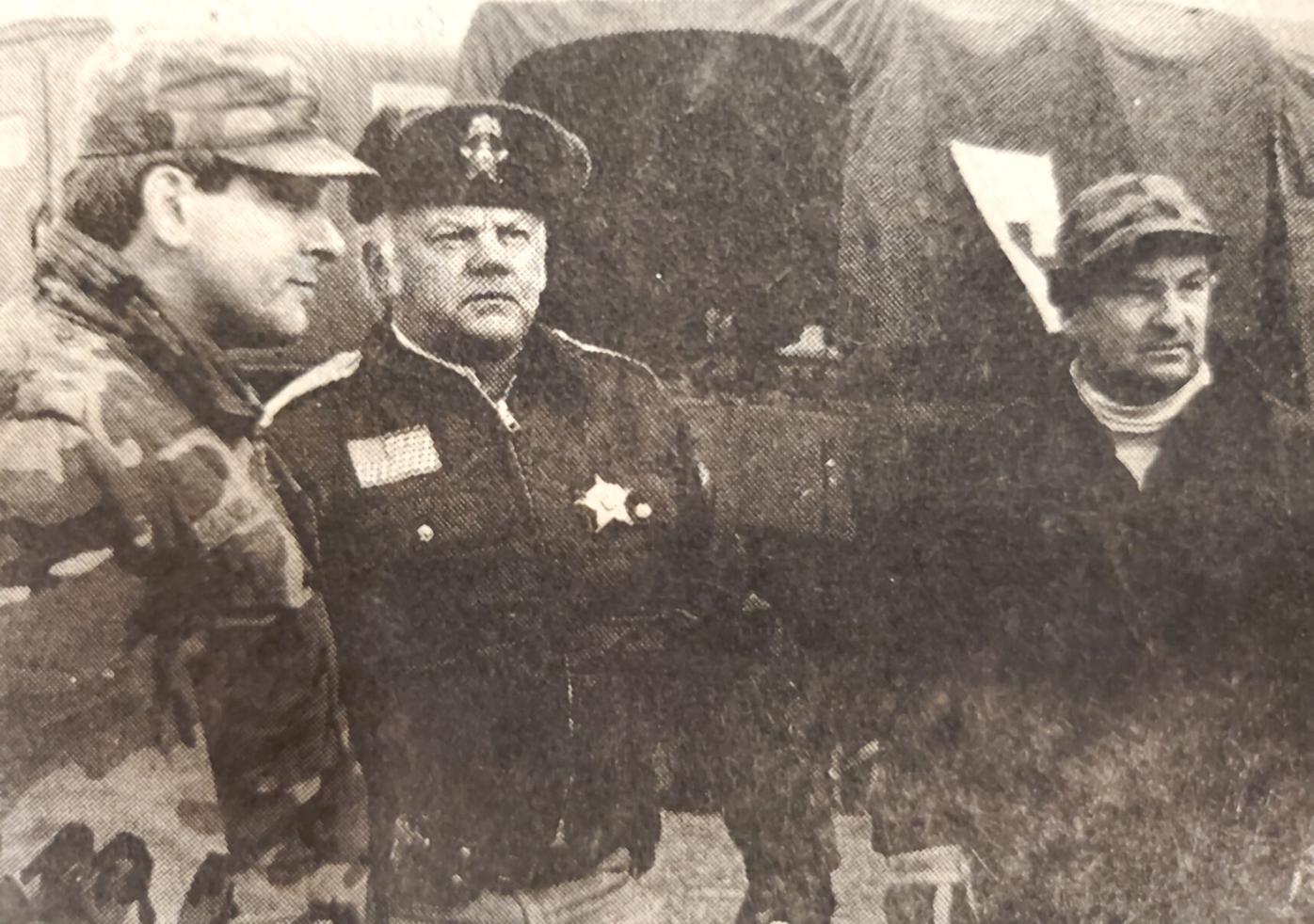 George Dalluge, right, the father of Noel, is pictured in 1986 with Aitkin County Deputy Roy Bruggman and Army National Guard Sgt. Gary Schwartzbauer. After the search had been called off, George Dalluge was asked how much longer he would search for his missing son. His response was that he had 200 days of sick leave from his teaching job.

Noel Dalluge as he appeared in 1986 and an age-progressed photo.

George Dalluge, right, the father of Noel, is pictured in 1986 with Aitkin County Deputy Roy Bruggman and Army National Guard Sgt. Gary Schwartzbauer. After the search had been called off, George Dalluge was asked how much longer he would search for his missing son. His response was that he had 200 days of sick leave from his teaching job.

Matt Dalluge, Noel’s brother, said last week “We just want closure for our family and to someday understand what happened to him. Noel was a joyful, happy person and although we’ve had a memorial service back in 1986, we would like to know he is resting in peace.”

According to the Minnesota Bureau of Criminal Apprehension’s “Minnesota Missing and Unidentified Persons Clearinghouse” Noel was last seen at a party on Dam Lake which is 11.8 miles from Aitkin, in Aitkin County.

The group was staying in a cabin in a wooded area of 1,500 acres and had planned to grouse hunt later the same day he disappeared.

His father, George Dalluge, said that Noel had driven up to the cabin after work late Friday evening.

According to the sister of the cabin owner, Noel decided to go grouse hunting Saturday, Nov. 1, while his friends went bow hunting. He entered the woods alone at about 7 a.m. When he did not return for lunch, his friends began looking for him.

At 6 p.m. that day, the sheriff’s department was notified.

Sunday morning at around 7 a.m., Bryan Settergeren, Aitkin, was hunting near his grandparents’ farm (Bill and Rose Berg) south of Portage Lake. He heard calling coming from the woods. At that time, he did not know Dalluge was missing. Settergeren said that around noon he learned of the missing hunter and located sheriff’s deputies and volunteers who were already searching the general area and told them he heard shouting from the woods. At 3 p.m. Sunday, Minnesota Gov. Rudy Perpich sent out the National Guard.

Over 100 Minnesota Army National Guard volunteers joined by the local DNR and Aitkin County Sheriff’s Department, unsuccessfully searched the area Monday, Nov. 3 and again on Tuesday, Nov. 4 for the missing 17-year-old. The groups searched through heavy woods and waist-high swamp water, meanwhile school friends combed the area where he entered the woods on the southeast shore of Dam Lake.

According to articles in the Nov. 5 and Nov. 12, 1986 Aitkin Independent Age, Lt. Wendel D. Daluge (no relation) said his troops did find a day old trail that they believed was made by Noel. Along the trail they found a spent shotgun casing, camouflaged mosquito netting and boot prints. They said they also found circular and zig-zag trails in the woods that were consistent with “lost” individuals. Guardsmen set up their search headquarters on Bill Berg’s farm.

Two organizations that use dogs for searching joined the hunt for Noel. Five German shepherds and one black lab searched with their masters in vain.

Noel’s two brothers, Matt and Mike, both on emergency leave from the Navy, joined their father and volunteers in the search.

The hunt for 17-year-old Noel was officially called off on Friday, Nov. 8.

He was never found.

“I think about him every day, we have a lot of questions and no answers,” said Noel’s father, George, 83, currently living in Florida.

If anyone has any information about what happened to Noel Dalluge, contact the Aitkin County Sheriff’s Office at 218-927-7435.