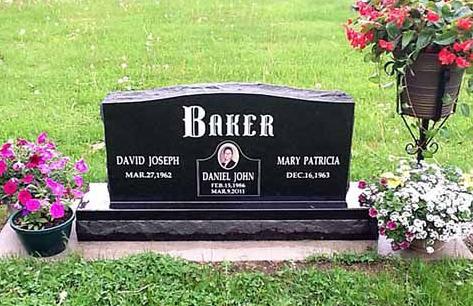 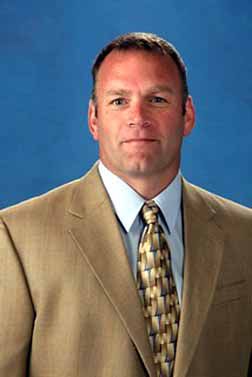 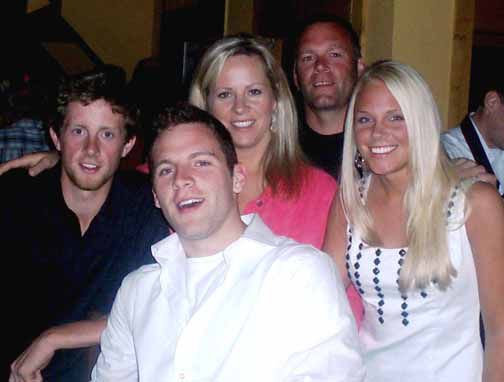 “Heroin in a bottle.” That’s what Dave Baker calls the prescription pills sitting in medicine cabinets in homes across the county and throughout the state.

According to Brent Thompson, president of the Minnesota Pharmacist Association, the chemical structure is basically the same for all opiates – codeine, hydrocodone, oxycodone, hydromorphone, morphine and heroin.

A graduate of Aitkin High School, Baker is now a legislator at the state capitol. Doing something about the opioid crisis in Minnesota tops his legislative agenda due to his personal story.

Dave’s son, Dan, died from an overdose at the age of 25. He accidentally overdosed on heroin after becoming addicted to prescription painkillers at the age of 20. Instead of burying Dan’s story with him in St. Thomas Cemetery on the outskirts of Aitkin, Dave and his wife, Mary (Paulbeck), decided to face the shame head-on and go public with their story.

They listed “addiction” as the cause of their son’s death in his obituary, they started the Dan Baker Foundation to address the issue and Dave ran to represent his Willmar area district as a Republican in the Minnesota House of Representatives. Elected the first time he ran, he began serving in 2014 and the Opioid Reform Act of 2017 is just one of the pieces of legislation he hopes will help alleviate the crisis.

“I love this community … it’s still my hometown,” Dave said about the Aitkin area.

Dave’s parents, Jerry and Edna Baker, still live in the home on Lone Lake where the family resided when Dave graduated from Aitkin High School in 1980. Dave is the oldest of five children.

He and Mary were helping to operate Paulbeck’s grocery store in International Falls when they started their family. By the time Dave was elected to the Minnesota House, they were running three businesses, including two restaurants, in the Willmar area.

Dave said he and his family love coming back to the Aitkin area and he hopes to hold a town hall here about the opioid issue.

“I want to bring in parents, family and friends and have an honest conversation about what it’s like to lose someone to opioid addiction,” he said. To start the conversation, he continued, “The best day of my life was Feb. 15, 1986, when I became a dad. The worst day was March 9, 2011, when I lost my son.”

Dan was the oldest child in his family and in his large extended family of cousins, all rooted in the Aitkin area.

“We couldn’t be more proud of Dan,” Dave said, “He had a great heart for all of the kids in the family.”

Dan had no problems in high school in Willmar where he played hockey and softball. He sustained a softball injury while playing in summer league when he was attending the College of St. Thomas in St. Paul and was prescribed pain medication. He’d been prescribed more opioids for treatment of pinched nerves in his spine.

Dan was 21 and in his third year of college when his parents started to notice serious problems. He had become less active, more reclusive and he was falling behind in his school work. Realizing opioids were becoming an issue, Mary started going with Dan to all of his medical appointments. His back healed well but his brain no longer knew how to deal with pain, Dave said.

“We knew we were in serious addiction mode but we were typical parents. He was stealing money and doctor-shopping. We felt he was choosing this lifestyle. We went through every emotion, tried every tactic from hovering to tough love. We told him he needed treatment. We even had to kick him out of the house for his secrets and lies,” Dave said.

What they didn’t realize at first was the extent of the incredible grip the disease of addiction has. Dave said the descent into dependence is slow and changes in brain chemistry are insidious, especially in the developing brains of younger people.

Dan was in a treatment center and Dave and Mary were out of state visiting their daughter on March 8, 2011, when Dan got kicked out of the center for sharing an anti-addiction medication with a roommate. After being dropped off at his home in Willmar, Dan drove to Minneapolis where he died of an accidental heroin overdose.

It didn’t take the family long to conclude addiction is not something to hide, nothing to be ashamed of.

“People don’t choose to be an addict. It’s not a moral failing,” Dave said.

After Dan lost the battle, Dave and Mary restructured their lives. Dave said they wanted to focus on what they could do to help others. They created the foundation to provide that help, to offer more options for recovery. Now in his second term in the legislature, Dave is one of the house leaders on the opioid issue and he speaks frequently on the topic throughout the state. He said it is a bi-partisan effort and he has good relationships with legislators on both sides of the aisle and with the governor’s office.

“Dan didn’t have a shut-off valve. One-in-four people are prone to long-term addiction. There is still a place for opioids to provide short-term relief and for people with life-ending conditions but we have to educate doctors and dentists who write prescriptions more than they need to,” Dave said.

Moving forward to address the current crisis, Dave said, education, treatment centers and legislation is needed – legislation like the Opioid Reform Act of 2017 (see below).

“It’s about education, supporting treatment centers, getting clear information to naive patients about the risks of opioid addiction and about the proper disposal of unused drugs,” Dave said, explaining that it’s also about limiting dentists to prescribing opioids for four days after tooth extractions and working on prescription monitoring programs which doctors would be required to use in emergency rooms and urgent care facilities.

In 2015, during his first term, legislation Dave worked on made grants available to fund naloxone (Narcan), a life-saving medicine that reverses the effects of an overdose. He said he hopes Aitkin County first responders know about grants that would allow them to have the treatment available at all times.

Because the crisis continues. Dave said the medical community is beginning to support the effort as is the judicial system with programs like drug courts.

“The legislature is part of the answer. There are a lot of good programs out there but we have to keep up the fight. This is taking lives and ruining families. It cuts across every segment of society from the inner cities to middle and upper-income families,” Dave said, concluding it starts with one family telling one very personal story. “We have to stop the flow of pills … The more we talk about it, the more it helps. We need to do this in memory of our son, Dan.”

Taking action at the federal level

With a new and lethal strain of synthetic heroin from China causing overdose deaths in Minnesota, U.S. Senator Amy Klobuchar is renewing her call for the Senate to pass her bipartisan bill to crack down on synthetic opioids from overseas. Companies based in China and other foreign countries take advantages of weaknesses in international mail security standards to break U.S. customs laws and regulations by shipping drugs directly through the U.S. postal system. The bipartisan Synthetics Trafficking & Overdose Prevention (STOP) Act that Klobuchar introduced with Senator Rob Portman (R-OH) earlier this year will help close this loophole and stop dangerous synthetic drugs like carfentanil from being shipped through our borders. New reports indicate that carfentanil, a drug from China that is 100 times more potent than the already dangerous fentanyl, has caused five overdose deaths in Minnesota this year, with potentially more undetermined deaths also linked to the drug.

“Dangerous synthetic opioids that find their way into our communities through the postal system – like carfentanil from China – continue to claim the lives of people in Minnesota and across the country,” Klobuchar said.

The STOP Act would require shipments from foreign countries through our postal system to provide electronic advance data, such as who and where it is coming from, who it is going to, and what is in it, before they cross our borders and enter the U.S. Having this information in advance will enable Customs and Border Protection to better target potential illegal packages and keep these dangerous drugs from ending up in the hands of drug traffickers who want to harm our local communities.

In late March, Klobuchar and Portman introduced legislation to require the use of prescription drug monitoring programs (PDMPs) in all states that received certain federal funding to combat opioid abuse and also require states to make their PDMP data available to other states.

This is an opportunity to clean out the medicine cabinet and drop off medications for safe disposal. Any unused, expired or unknown medications can be turned in. Police Chief Tim Catlin said identification will not be asked for, and it’s a no-questions-asked event.

“The goal is to get them (medications) turned in and out of peoples’ homes,” explained Catlin. A police presence will be for security purposes only. The medications will be taken to a special burn center where they are destroyed, said Catlin.

This is a one-time, statewide event April 29; however, a drug drop box is available 24 hours a day, seven days a week at the Aitkin County Sheriff’s Office.

This is the first in a series of stories the Aitkin Independent Age hopes to do on this topic. To contribute, call the Age at  218-927-3761 or email news@aitkinage.com.