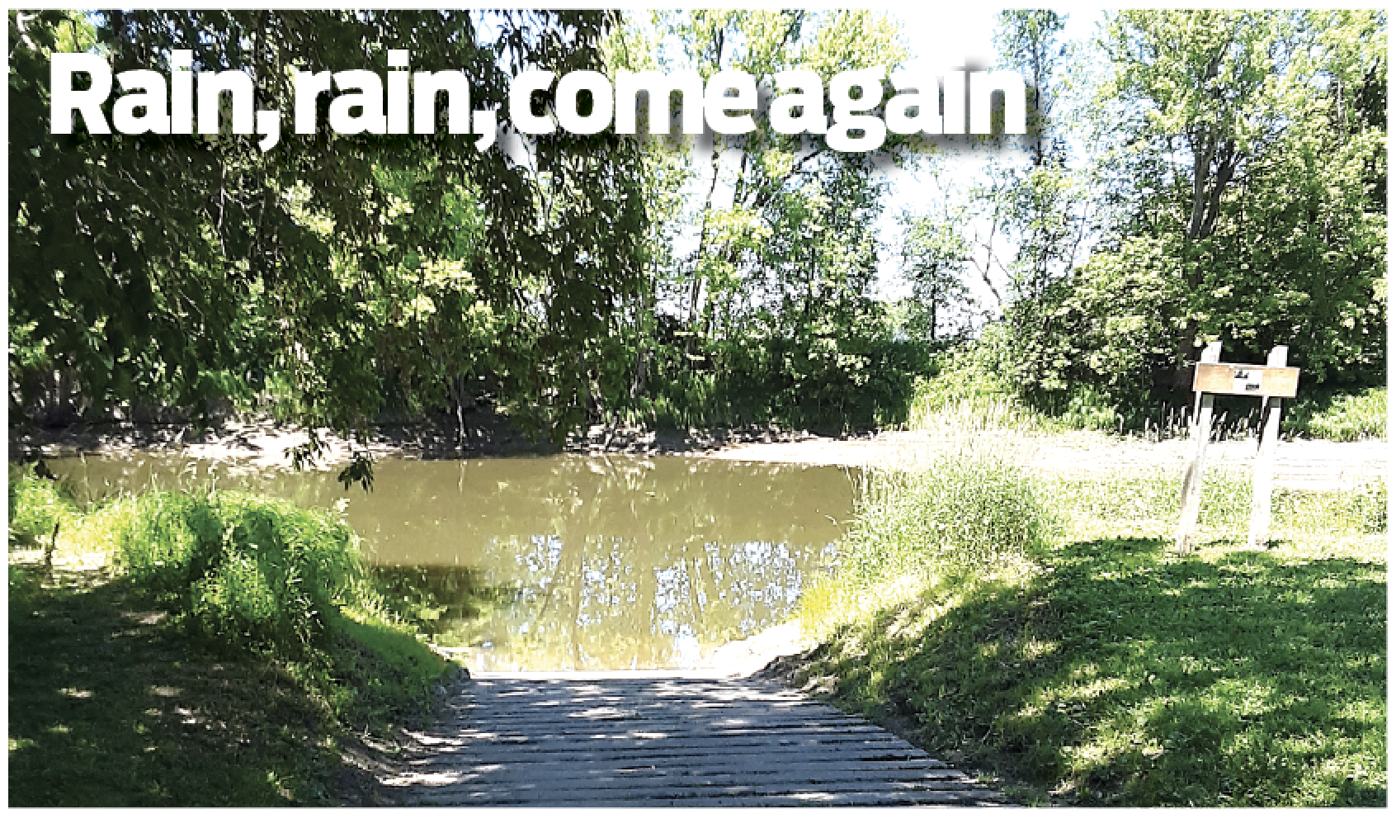 The water levels of the Mississippi River have dropped drastically. 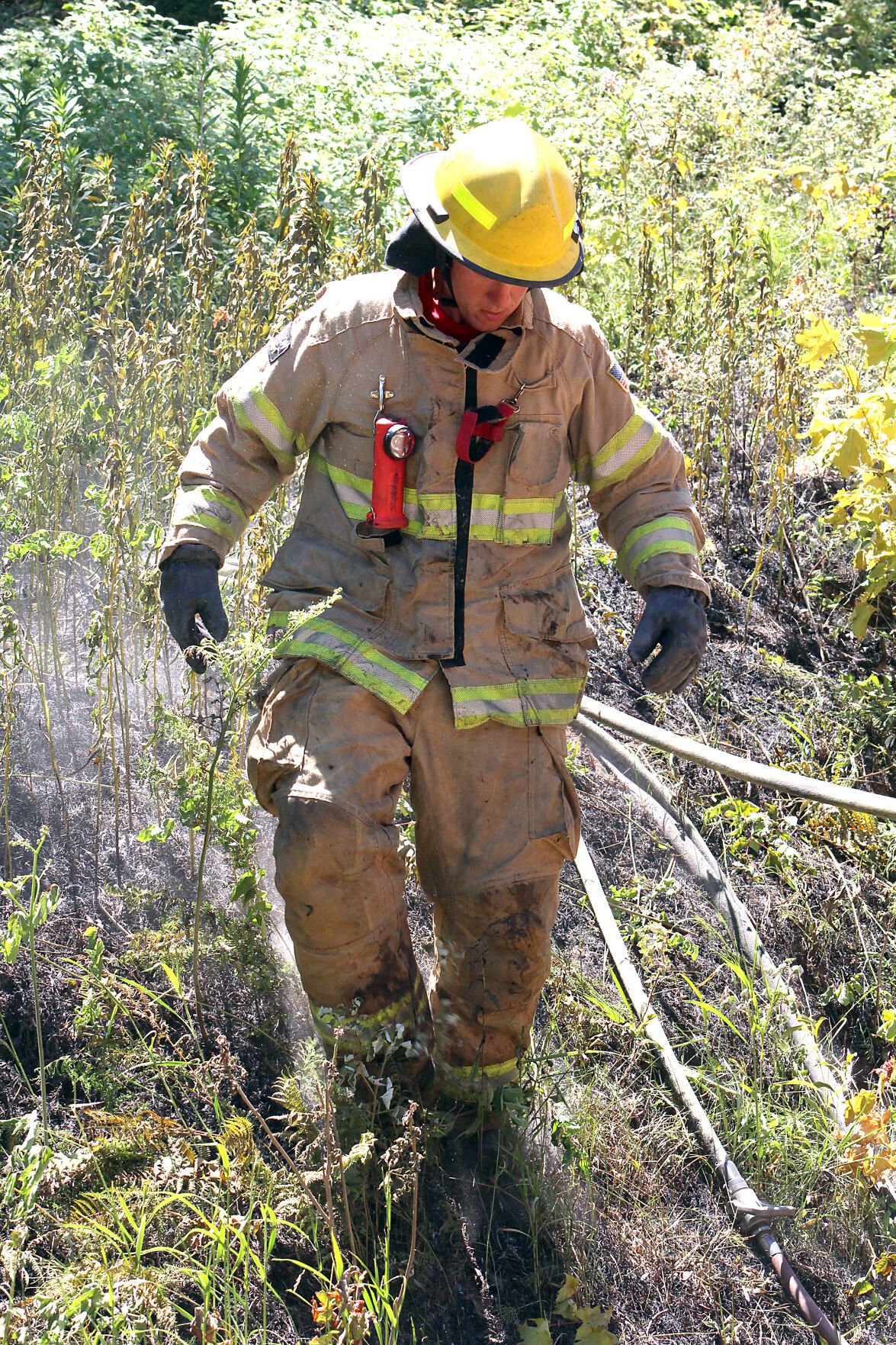 A city of Aitkin firefighter walks through the still-smoldering remains of a grass fire in Ross Lake Township recently. Due to the lack of rain and high temperatures, the northeast portion of the state is in drought conditions and at a high level of fire danger.

The water levels of the Mississippi River have dropped drastically.

A city of Aitkin firefighter walks through the still-smoldering remains of a grass fire in Ross Lake Township recently. Due to the lack of rain and high temperatures, the northeast portion of the state is in drought conditions and at a high level of fire danger.

When Samantha McCalley came home to her Ross Lake residence June 18, she knew immediately to call 911.

A tree had fallen and taken down a power line and a 4-foot spot on the other side of the road was on fire.

In the minute she was on the phone, the fire grew from 4 feet to 10 feet.

“I’d say, give it another 5-10 minutes, it would’ve been very hard to extinguish,” said Glendon Nyberg, the DNR Assistant Area Forestry Supervisor in Aitkin who responded to the fire with the Aitkin Fire Department. “Luckily we got there in time and were able to put it out when we did.”

Most of Minnesota is currently in drought conditions, with Aitkin County sitting at moderate drought. Lake and river levels are sitting below average and with the lack of rain, fire threats are currently at “high” on the scale of low, moderate, high, very high and extreme.

While Aitkin County isn’t quite at the extremes it was in the 1988 drought, the current situation is concerning.

“A lot of people are comparing it (to 1988),” Nyberg said. The area received widespread rain June 20, but the total rainfall was less than an inch.

“It was scattered precip, a little higher near Hill City,” Nyberg said.

As of last week, Aitkin County was sitting at roughly an inch of rain for the entire month of June. By comparison, the county normally gets between 4 and 4 1/2 inches of rain.

Nyberg explained some of the indicators used to indicate fire risk. The fine fuel moisture code – which measures moisture in grass and smaller tinder – is currently low. Air temperature and humidity each day help determine that number.

The drought code is also termed “very high” right now. That measures long-term dryness in larger fuel (trees, logs, etc.) as an indicator of once a fire starts, how hard it’ll be to put the fire out.

Burning is restricted in the area right now, though campfires are still allowed. If the conditions worsen, Nyberg said, campfires will not be allowed.

For Up-to-date fire ratings and restrictions, go to www.dnr.state.mn.us/forestry/fire/firerating_restrictions.html.

Pete Boulay, a DNR climatologist out of the Twin Cities area, said Friday that the northeast portion of the state is abnormally dry.

“In a nutshell, we’re in a drought,” he explained. “Obviously, the lakes are going down. We’re certainly watching the water.”

Boulay said that the area lost 8 inches in pan evaporation in June – the highest level since 1988. He added that lake levels on Mille Lacs have dropped, and it’s likely the same is true for area lakes, streams and rivers, though he did not have measurements for all of Aitkin County.

What the area needs right now is sustained light rain, Nyberg said, like what the area received June 20. Lighter rain over a period of time allows the precipitation to soak in, versus a thunderstorm that might dump an inch in 15 minutes but run off the land.

Precautions on camp fires include:

• Think before you strike. Check the burning restrictions for your area before lighting a campfire.

• Select a level spot a safe distance away from trees, low overhead branches, shrubs, dry grass, or logs to prevent the fire from escaping, and clear all combustibles within 5 feet.

• Have a shovel and water available at the campfire site for extinguishing campfires.

• Supervise the fire at all times. Even a light breeze could cause the fire to spread.

• Extinguish the campfire with water using the “drown and stir” method.

Have you ever lied on your resume or a job application to look better to a potential employer?