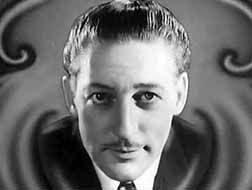 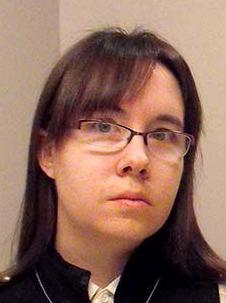 By the time you read this, election day probably will have passed. It’s uncertain: while publication day is Wednesday, the paper’s available Tuesday. If it is over, many people will just be relieved to have done with it. I will have started concluding several important decisions I had been waiting on. Whether to get a retirement account, what to do about my soon-to-be absolutely unaffordable health insurance, how quickly to join a carry permit class; all these decisions depend heavily on what happened Nov. 8. In any case, let’s see what lies ahead and meet it boldly.

In the meantime, I’ll continue my mini-reviews of films featuring Aitkin-born movie star Warren William. I said at the beginning of this series that as the “King of Pre-Code,” William was most known for playing immoral but dashing scoundrels. That is exactly what he does, very impressively, in the two following dramas.

Skyscraper Souls centers on an 100-story skyscraper which David Dwight, played by Warren William, directed the construction of, manages, and is determined to own fully, no matter how many lives are ruined along the way. He is supported by his assistant and mistress, Sarah, played by Verree Teasdale, who is getting a bit old for the latter job. That being the case, Dwight sets his sights on seducing Sarah’s secretary, Lynn, played by Maureen O’Sullivan.

This is complicated by a clumsy young banker’s courtship of Lynn, and the final push to get the building, a stock-shorting deal that I don’t understand but is clearly ruinous. There is also a fascinating subplot about a kindly diamond merchant, a model who doubles as a call girl, and an adulterous couple which leads to a shockingly dramatic moment I won’t spoil. The sexual tension in several scenes is intense and the acting is tremendous, especially Dwight’s final speech. William is especially compelling there, in both the delivery and the physical acting of a condition that I also won’t spoil. Despite his ruthlessness, you can’t help being in awe of the character and his drive to create and possess something as grand as a building that scrapes the sky.

William plays an even more wicked fellow in Employees’ Entrance, where he’s Kurt Anderson, the manager of a vast department store which makes millions and employs thousands, even in the midst of the Great Depression. This success is due to Anderson’s relentless energy and lack of tolerance for those who won’t work just as hard, to the point of cruelty. Once again, the drama centers around William’s character’s seduction of a beautiful young woman – here it’s Madeline, played by Loretta Young, whom he first pressures into a liaison in return for a job. Once she has the job, she avoids him and captures the heart of Martin West, played by Wallace Ford – who comes off as rather wimpy compared to William – making Anderson scheme to break them up. While nothing is explicit, there’s even more scandalous material in this film, including what would currently be called a date rape. William’s charisma makes Anderson fascinating in spite of his wickedness, and you can’t help cheering for him to outsmart the do-nothing members of the board to make the store flourish. It’s also very funny, with plenty of witty banter and a laugh-out-loud scene of William dropping a puppy into a wastebasket.

I hope to see more movies where William brings such scoundrels to life.

Do you use your phone while you are going to the bathroom?