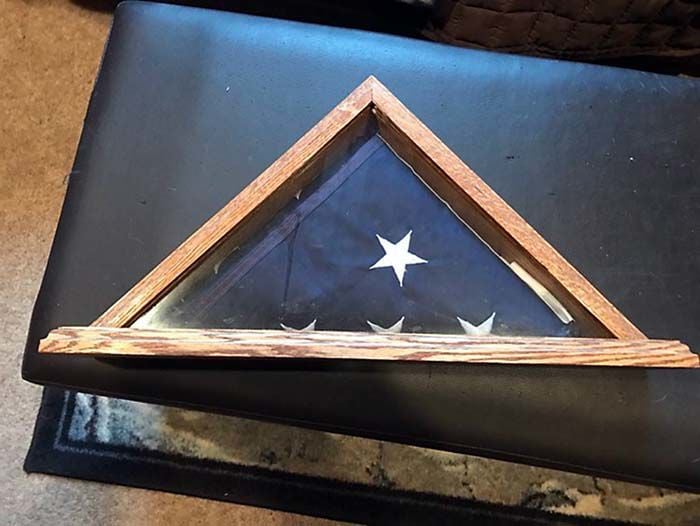 One day John Woodrow received a box from Texas and when I opened it up I found the flag that you see pictured and a certificate that read in part, “This flag was flown for you on a combat reconnaissance mission with Task Force Odin over Afghanistan onboard an Army C-12 aircraft in support of Operation Enduring Freedom on September 11, 2012.” 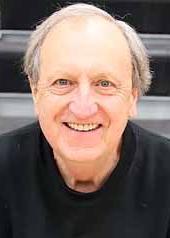 Well folks, with Memorial Day coming up next Monday, I have a story that may touch your heart strings a little and may bring a few tears as well as it did when I started to think about telling it.

It’s a story about a friend of mine, someone I have known for a long time and I have known his family even longer. I coached him in junior high football and he was so good I played him in the seventh-grade game and then in the eighth-grade game as well. I played softball on the same team for a number of years and we became lifelong friends. I watched him as he started his military career, got married and had a wonderful daughter. He had a wonderful life and we kept in touch.

One day I received a box from Texas and when I opened it up I found a flag  and a certificate that read in part, “This flag was flown for you on a combat reconnaissance mission with Task Force Odin over Afghanistan onboard an Army C-12 aircraft in support of Operation Enduring Freedom on September 11, 2012.” I was so honored and still am. The flag and certificate are displayed prominently among my memorabilia.

The story doesn’t end there, however. Sadly my friend started down a road that ended his marriage and unfortunately alienated family members and friends. He went into a shell and as hard as I tried there was no communication for years. I make no excuses for him, he did what he did, hurt who he hurt and I truly didn’t think I would ever see or talk with him again. I didn’t know if he was dead or alive. I have remained friends with his family over the years and made no judgments and have even kept in touch with his ex-wife and daughter. I really have no idea how one of my favorite athletes of the ‘80s could have fallen so far and I didn’t ask him because I don’t know if he knows.

He contacted me a couple of weeks ago and gave me his phone number. I think I will call him on Memorial Day, he has a second chance, something a lot of those we honor this week never had. I hope he takes advantage of it and finds the peace he needs. He tells me he might visit this summer and I hope he does. His name won’t appear in the column this week, many will know who I am talking about and if you don’t, call me and I will tell you.

I hope everyone has a great Memorial Day and remembers why we celebrate. Freedom isn’t free and although some survive their battles they remain in a fight. We pray for those soldiers too.