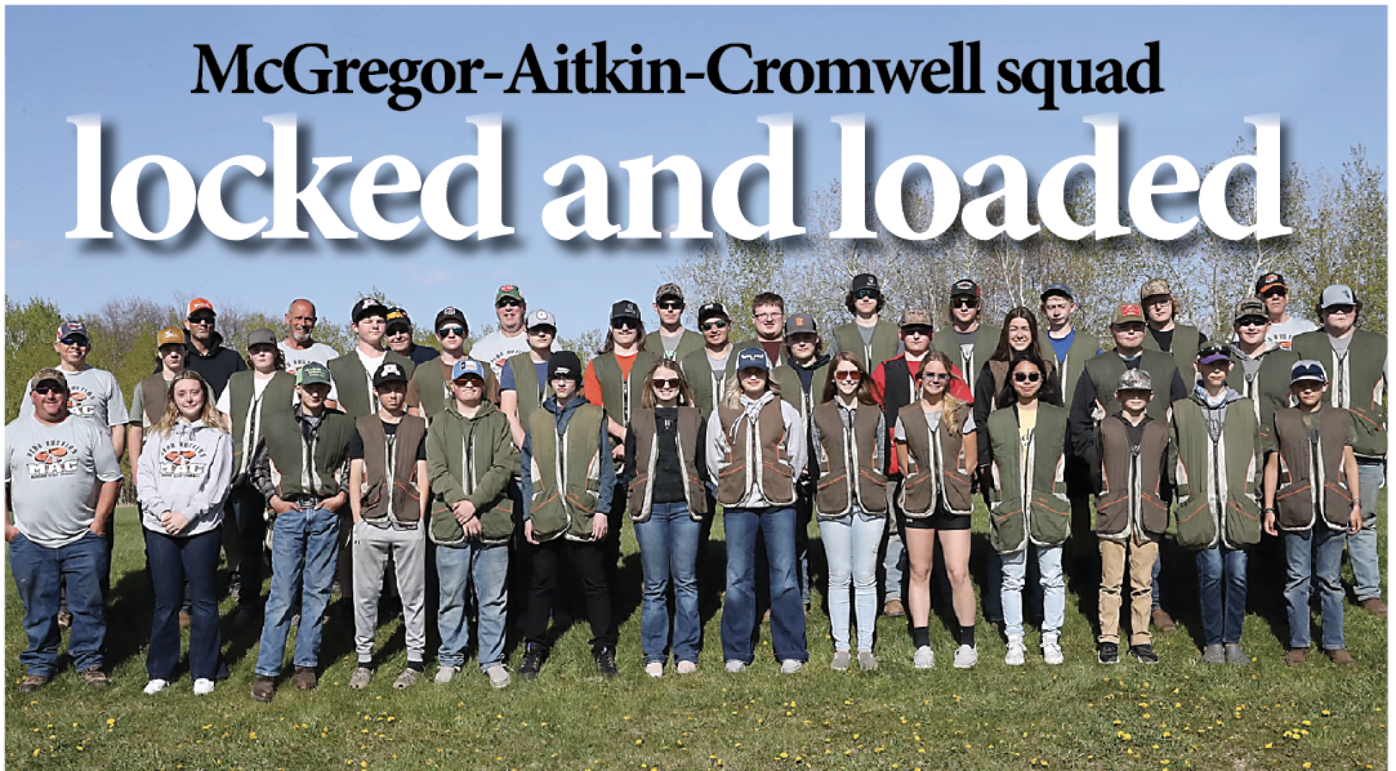 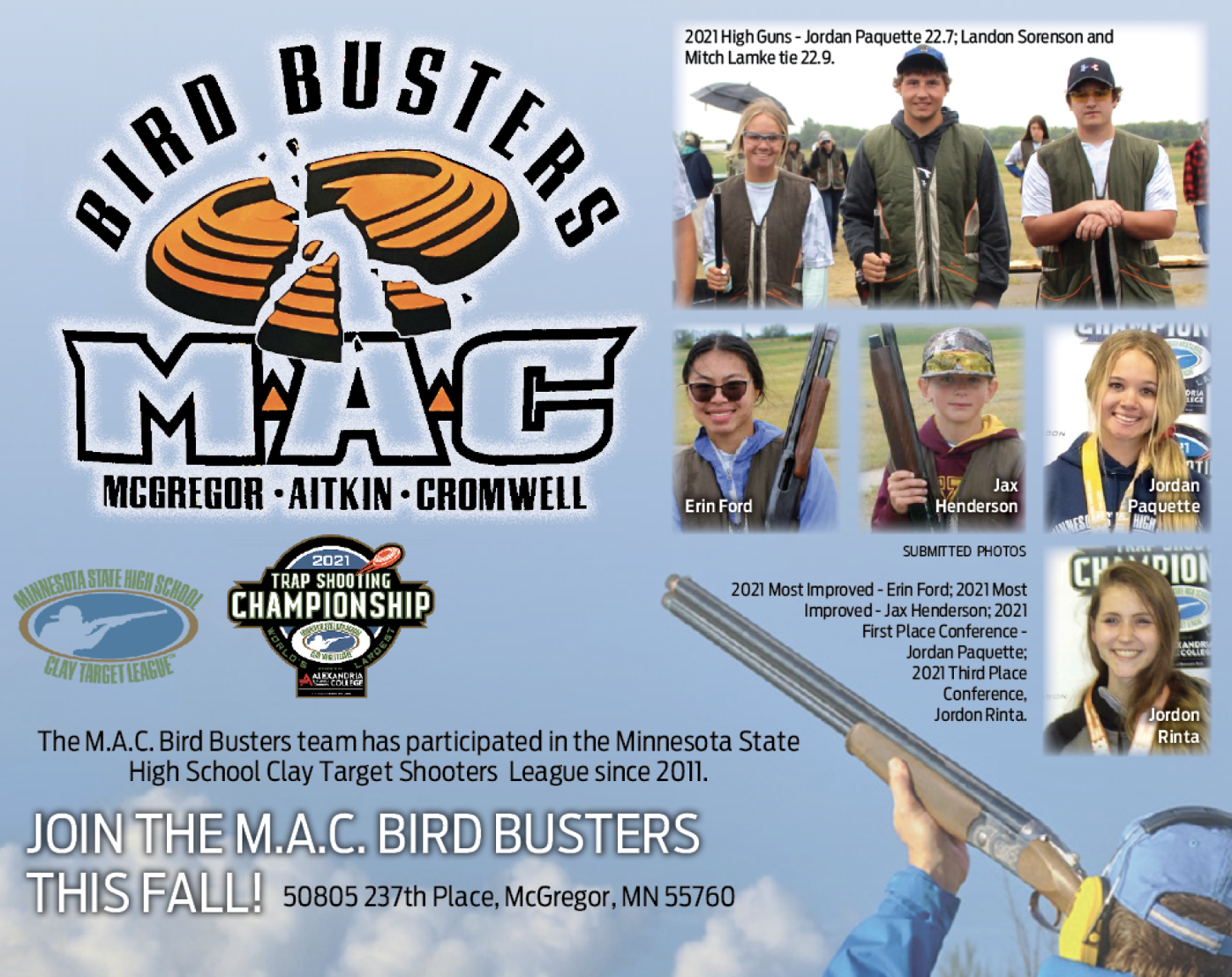 The M.A.C Bird Busters – a competitive trap-shooting team with 45 shooters from McGregor, Aitkin and Cromwell – recently completed another trap season.

The squad finished fifth in the 7A-1 conference.

The shooters must complete a firearm safety course and follow all the Minnesota State High School League requirements to participate. The team shoots once a week, with two, 25-target rounds, at the Minnewawa gun range in McGregor on Hwy. 65S.

The Bird Busters want to thank the McGregor, Aitkin and Cromwell athletic departments for recognizing trap as a lettering sport. To letter, a shooter must meet all the Minnesota State High School League requirements and shoot an average of 19 or higher.

As the short five-week season concluded, the high gun male and female were established. High gun female went to Jordan Paquette with a 22.7 average. Landon Sorenson and Mitch Lamke tied for first for high gun male with an average of 22.9.

The coaches also voted on male and female most improved, which went to Jax Henderson and Erin Ford, respectively. For the ladies, Jordan Paquette took first in the conference and Jordon Rinta took third.

The state championship tournament was held June 20 in Alexandria, with 30 M.A.C Bird Busters participating. Despite terrible weather, the team placed 16th of 29 teams that day with the top five shooters scoring 463 targets hit out of 500.

Standings for the day were:

Mitch Lamke and Jordan Paquette each walked away with a straight 25 patch and Seth Ridlon and Landon Sorenson each shot two rounds of 25 straight. Thank you to all the parents and coaches for enduring the rain and wind and keeping the shooters going.

The M.A.C Bird Busters would like to thank Minnewawa Sportsmen’s Club for sponsoring the team throughout the years. Thank you to the McGregor Fire Department, MDHA, Dam Lake Sportsman’s Club, Nathan Forster on behalf of the Mr. and Mrs. Voller family, Mille Lacs Energy Cooperative, Ace Hardware and Ukura’s Big Dollar for their support and donations. Also, to Eric’s Guns and More, from Wright, for sponsoring two shooters, donating several cases of shells and another shotgun for the youth league. Eric has donated three shotguns to the youth league which has allowed those who do not own a gun to still participate.

The M.A.C Bird Busters rely on donations from businesses and individuals and time volunteered by the coaches to be successful.

We are looking forward to the fall season and recruiting new shooters.