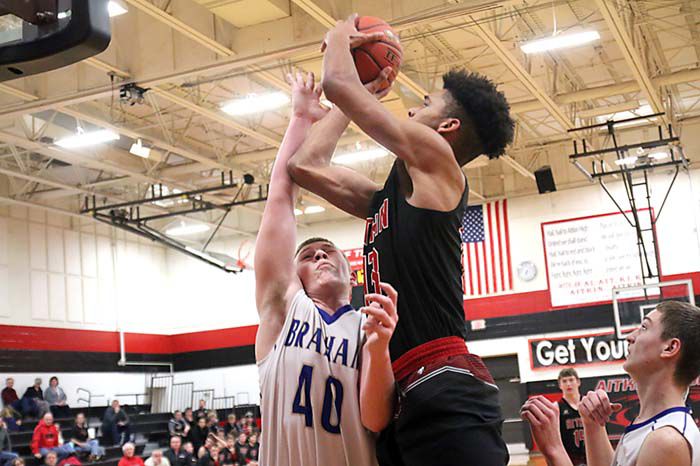 Manny Ukutegbe had a career high 21 rebounds and scored 17 points in Aitkin’s win over Braham. 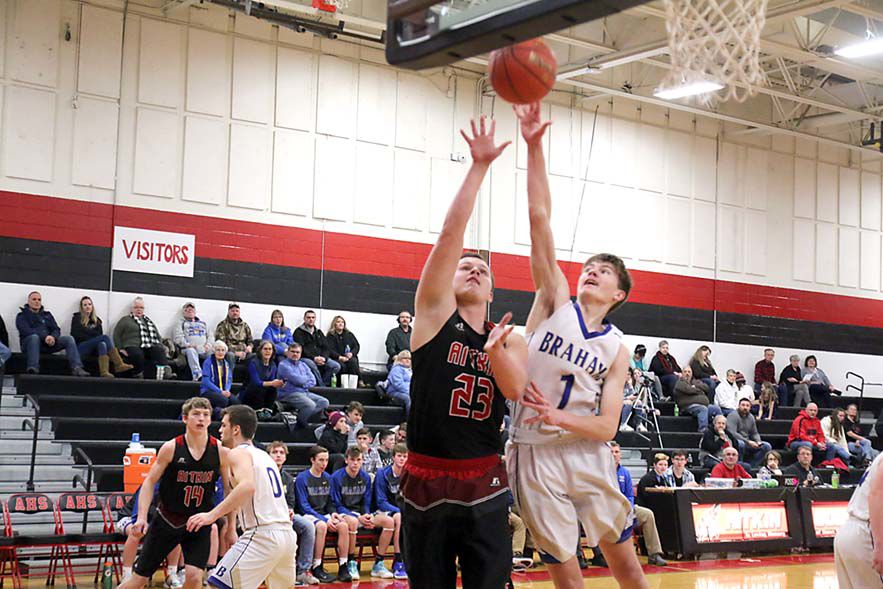 Kade Hopperstad scored a double-double with 15 points and 10 rebounds against Braham.

Manny Ukutegbe had a career high 21 rebounds and scored 17 points in Aitkin’s win over Braham.

Kade Hopperstad scored a double-double with 15 points and 10 rebounds against Braham.

If it wasn’t a school record for rebounding at an Aitkin Gobbler boys’ basketball game, it was at least one of the best. The Gobblers grabbed 52 rebounds, 20 on offense and 32 on defense, while limiting Braham to 25. Although the game was close with the home team leading 21-17 at halftime, the Gobblers’ defense took over during the second half for a 52-33 win.

It was a slow start for the Gobblers who trailed 7-4 after eight minutes of action. Hopperstad’s trey tied the score at seven, but Braham regained the lead until Hunter Nissen knocked down a 3-point basket for a 16-14 Aitkin lead with three minutes left in the opening period.

Aitkin kicked off the second half with a 9-2 run fueled by a Logan Gabrio steal and a Hopperstad offensive rebound. The Bombers would get no closer en route to a 19-point win.