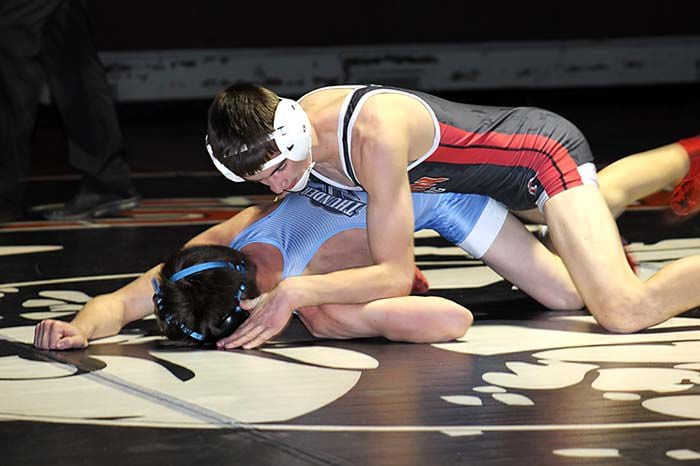 Sophomore Carson Kullhem works for the pin on the home mat at 120 pounds. 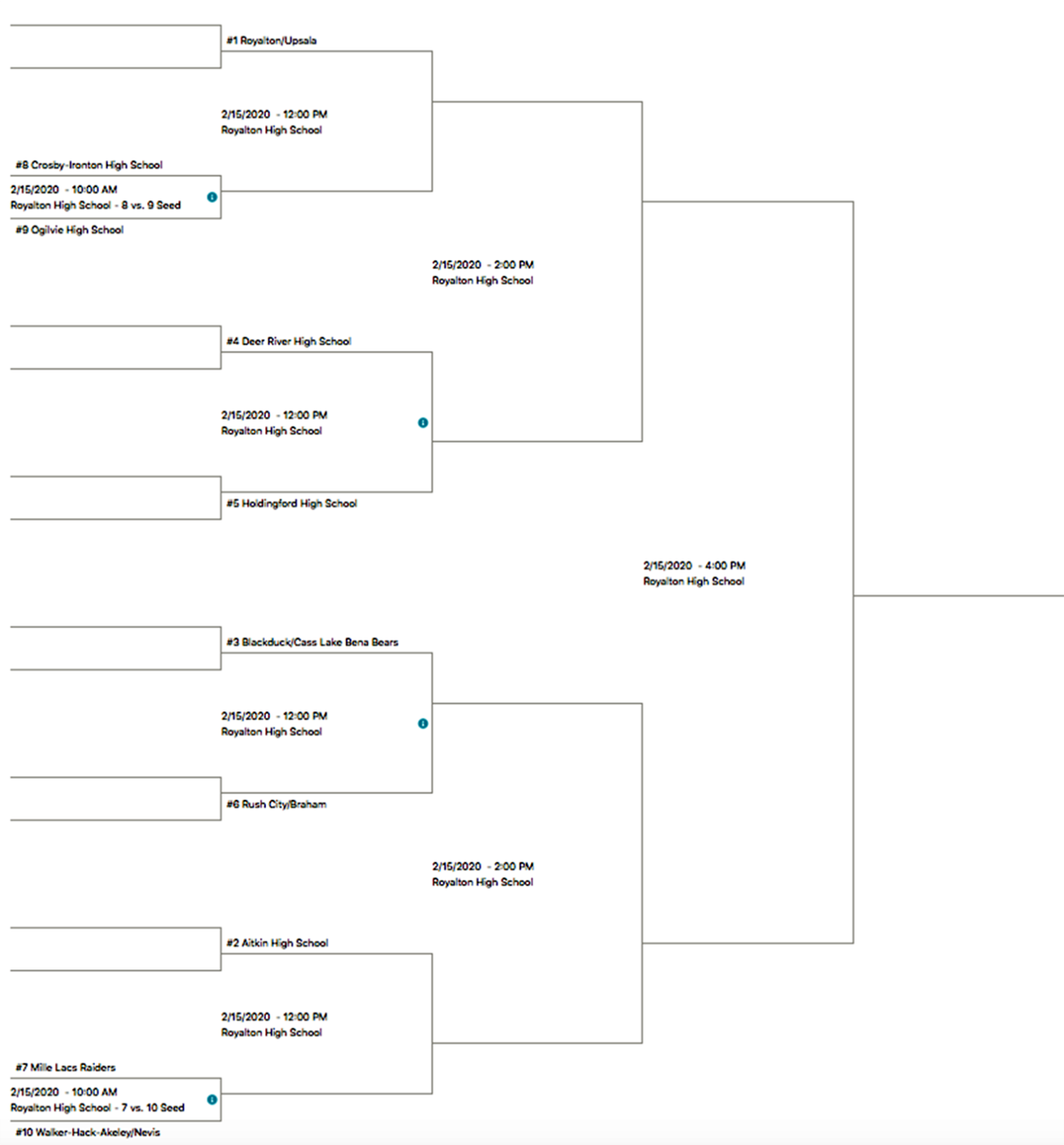 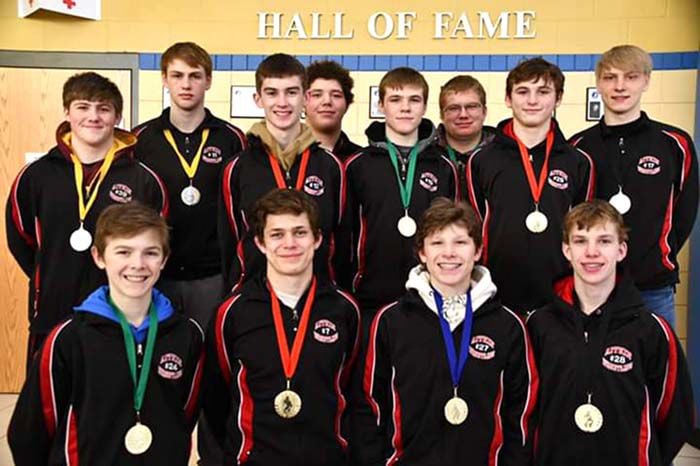 Sophomore Carson Kullhem works for the pin on the home mat at 120 pounds.

The Aitkin Gobbler wrestlers were on the home mat Feb. 6 for their last dual meet of the regular season, honoring their only senior wrestler, Nathan Rom. In front of a full gym of roaring fans, the Gobblers wrestled their way to a 41-32 victory over the Zimmerman Thunder.

Aitkin had added on a tournament to make up for some of the matches missed due to the weather and it proved to be a good day for the wrestlers, with 13 of the guys placing at the Howard Lake-Waverly-Winsted Invitational on Saturday.

The Gobblers enter into section action with the 7A team tournament at Royalton on Saturday, Feb. 15. Aitkin will go into the tournament with a 13-8 regular season record. Teams were to be seeded Monday with match-ups not yet announced at press time. Section 7A teams are Aitkin, Blackduck/Cass Lake-Bena, Crosby-Ironton, Deer River, Holdingford, Mille Lacs, Ogilvie, Royalton, Rush City-Braham and Walker-Hackensack-Akeley-Nevis. The opening round is scheduled to start at 10 a.m., followed by semi-finals with finals at approximately 3 p.m. to determine which team will represent Section 7A at the State tournament Feb. 27. Individual sections will be wrestled Saturday, Feb. 22 at Rush City.

126-Nathan Rom got the takedown in sudden death overtime for a 9-7 victory over Joe Montplaisir.

Hwt.-Bringing the crowd to their feet, Sam Ostrode pinned Taylor Clapp in 1:30.