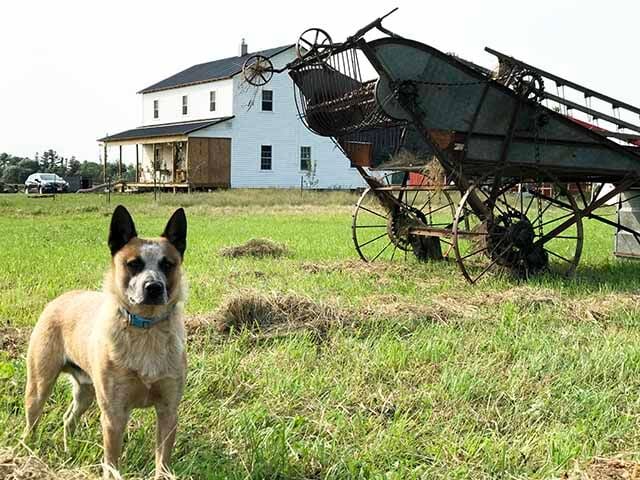 Ranger, one of the Amish family’s dogs, stands curious for a photo. As is customary for the Amish, photography of themselves is not allowed as humility is their objective. However, they allowed Ranger to take part in the photo op. 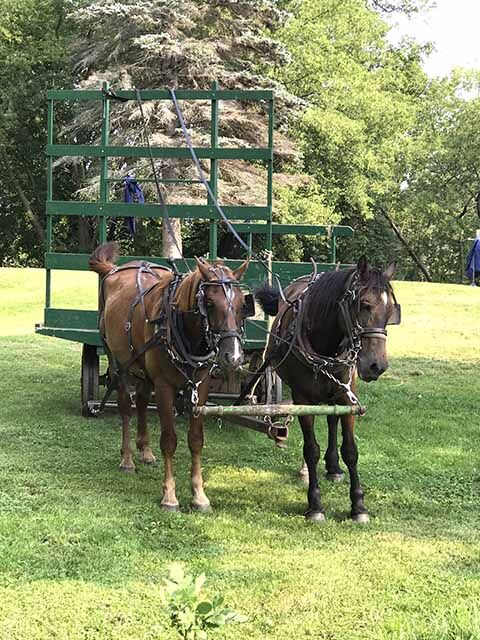 A hay wagon with horses awaiting their next command. 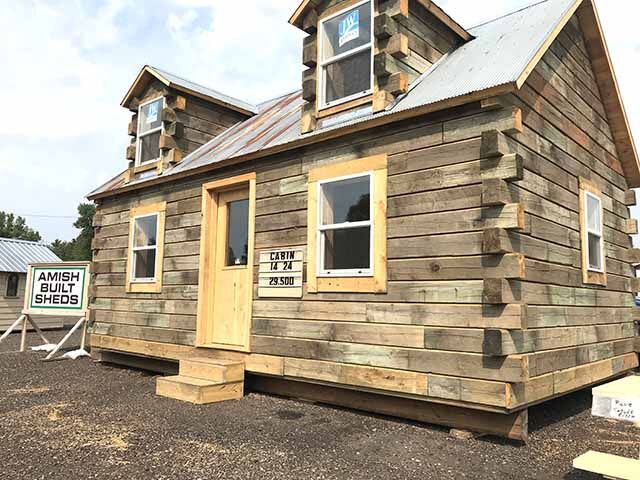 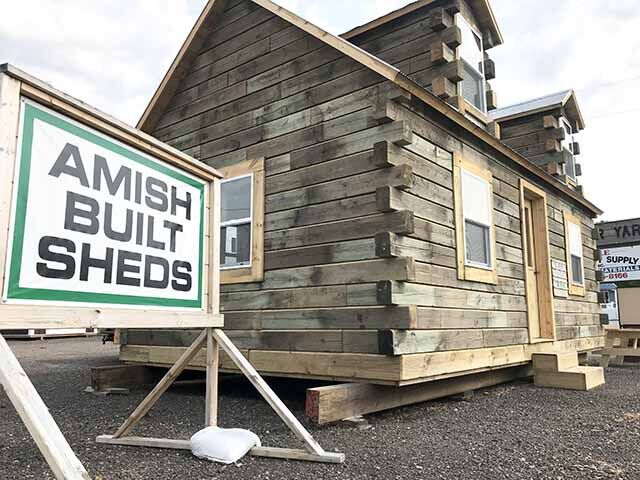 Ranger, one of the Amish family’s dogs, stands curious for a photo. As is customary for the Amish, photography of themselves is not allowed as humility is their objective. However, they allowed Ranger to take part in the photo op.

A hay wagon with horses awaiting their next command.

As several children in the Amish community located north of Isle gather around the barn activity at the Hershberger farm, Mr. Hershberger, the father of the children, calls out to them in their native Pennsylvania Deutsch. They respond in the same language. He turns back, seamlessly transitioning back to English and continues the conversation. He explains that Pennsylvania Deutsch is a combination of German, English and a “little bit of Swedish” when asked about his language.

The children gather around seeming very interested in why a stranger was there. They are friendly and timidly wave, curious but cautious at the same time.

The whole group seems to be faring well under the pandemic.

Mr. Hershberger is asked how they’re doing and what impact the pandemic has had on their community.

“It affects us as far as it’s something you try to avoid, but at the same time, it’s in God’s hands,” says Hershberger, who prefers to leave his first name out of the story as to not draw attention to himself. The community is one of the more conservative groups of Amish who prefer not to be photographed as some other Amish groups are now allowing. Hershberger says it’s important to stay humble, citing the Bible as his source of authority.

He says he first learned of COVID-19 from his neighbors, who keep him informed. He later read about it in the Messenger. He says they read a lot.

Being removed from the constant bombardment of societal unrest via social media, television and Internet has its advantages.

“I can see where it would stress a guy out,” he says, “watching social media or the Internet. We get the weekly paper and we, we’re not really worried. We just take it as it comes. The kids aren’t aware. We adults talk though. The only time we realize there is something going on is when we go into town.”

Hershberger and other Amish community members, such as Ammon Miller who was also spoken with while he worked at the lumber yard, say the work keeps them busier than ever. “We’ve been able to keep working and it (the pandemic) hasn’t affected us much ‘cause we work close by,” says Hershberger.

Economically speaking, the pandemic hasn’t affected the community much. “It hasn’t affected us as far as business, and we’ve had as much as we can do. We work together three days, sometimes more, sometimes less. We have other work, and right now we’re behind. We do roofing and a garage down the street … also pole barns,” says Miller. “The only thing different is we have to wear a mask when we go certain places. Our traveling has also been affected. We don’t want to get it, but we’re also not as worried as a lot of people are.”

The group, consisting of six different families with some living closer to Malmo, moved here over a year ago in April of 2019 from Harmony, Minn.

“We were looking for cheaper and more land and looked in Mora and Onamia first and then found the place we really liked on Hwy. 18,” says Miller. “When we moved up here, we got our materials for the houses from them (Isle Discount Supplies, Inc.), and he kind of hired us up.” Since then, the men have been building sheds, ice houses and handcrafted cabins out of the lumber yard. These items are also for sale at the Isle business.

The women stay back home with the children for the most part and do canning along with other household chores. A teenage boy is seen in the field on a horse drawn combine of sorts. Some of the boys go to town and help work at the lumber yard or out on a job site.

As far as their views on the new Mille Lacs community, Miller says, “We don’t really like the fishing regulations and will often fish other lakes. But I like the area … we think the people are more friendly,” says Miller. “We go to Onamia and to the cities to the doctor with a disabled daughter. We usually don’t go to the doctor unless we know there is something wrong though.”

Hershberger says, “We tell them (the children) try to keep a little distance and be respectful to people.” He adds that they haven’t noticed any unusual illnesses other than the common flu. “But maybe we had it and didn’t know it.”

Hershberger is thankful for his neighbors. “We have good neighbors, and they’ve been very helpful. If we need emergency transportation, they’re the ones that take us. They let us know where it (COVID-19) is going on the most and where the numbers are highest,” says Hershberger.

He speaks on other attributes of the community, “People are more laid back. The people here have more time for everyone, it seems like. The one thing we really enjoy here for the kids is the fishing – it’s the highlight for the kids.” They use a paddle boat, he says.

“The people, the neighbors … sometimes you feel like they treat you better than you can treat them back,” Hershberger adds.