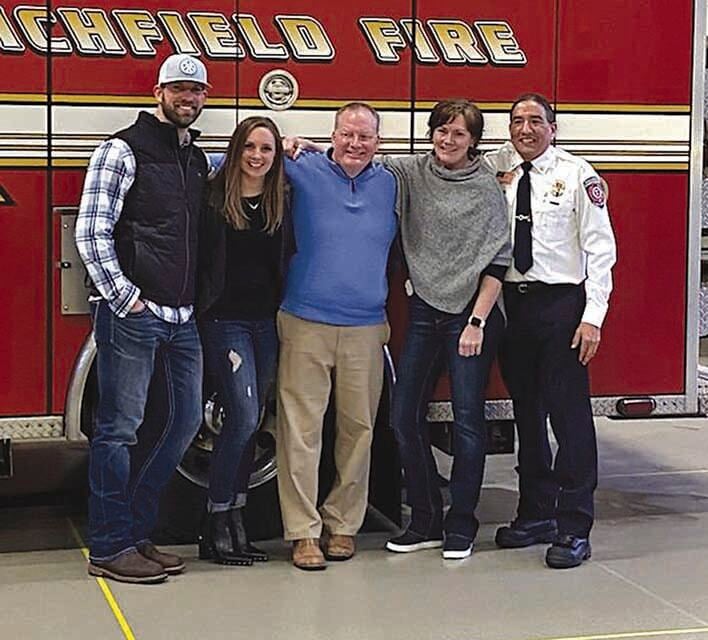 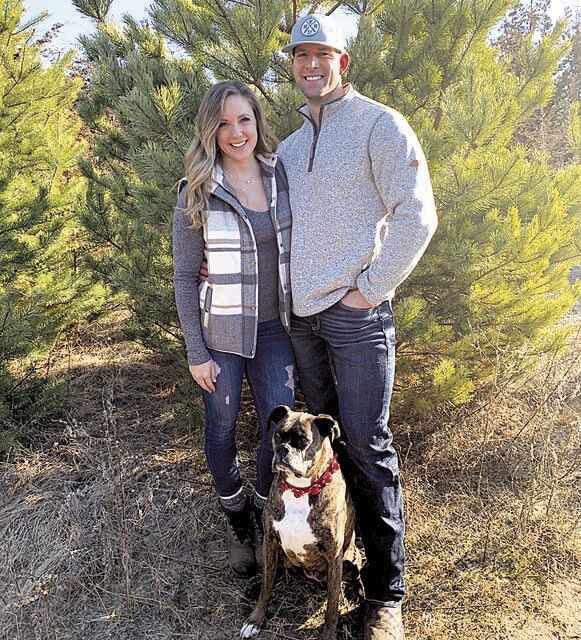 Roeder and her husband, Matt, were randomly following the Kewitsches on a rural stretch of Highway 169 on Aug. 21 when Kewitsch suffered the heart attack and drove into a swamp.

Roeder and her husband, Matt, were randomly following the Kewitsches on a rural stretch of Highway 169 on Aug. 21 when Kewitsch suffered the heart attack and drove into a swamp.

Wayne Kewitsch and his wife, Ruth, were headed north on Highway 169 last Aug. 21, expecting to enjoy a relaxing weekend at a friend’s cabin.

Emily and Matt Roeder, of Ramsey, were doing the same that day, but were running later than they had anticipated.

The couples did not know one another, but had the Roeders not slept in, not stopped for groceries on their way north, not taken their time that morning, the foursome would have never met and Wayne Kewitsch might not be alive today.

That’s because by the end of the day, the quick actions of the Roeders had saved Kewitsch’s life.

“We were on our way up north to a friend’s cabin in Cross Lake,” said Kewitsch, who recently retired as chief.

He was driving and feeling good about having survived a heart attack just a month earlier, when he had an 80% blockage of the left anterior descending coronary artery – also known as the “widowmaker.”

“Everything went gray,” Kewitsch said about the start of his second heart attack. “Ruth looked over and saw me passed out. She was there for my first cardiac, so she had a good idea what was going on. She grabbed the steering wheel, said a prayer, and steered us off Highway 169 ... and popped us 40 yards into a cattail marsh.”

They did not know that Emily Roeder and her husband, Matt, were behind them as they went into the ditch.

“We were headed around Lake Mille Lacs and I noticed the car in front of us kind of veered over to the shoulder, then came back into the lane. I said, ‘Honey, watch the car in front of you, I think they might be texting or something,’” Emily Roeder said. “A few moments later we saw the car drifting to the right. It went over a road approach, caught a little air and went directly into the swamp.

Roeder told her husband they had to stop as it “seemed they were having some type of emergency.”

She continued: “My heart was racing and even before he stopped the car I was getting out and telling him to call 911 as I was running into the swamp.”

Making her way to the car and standing “knee-deep in the muck,” Roeder told Ruth Kewitsch that she was a nurse and wanted to help.

Once they got the door opened, the nurse saw Wayne Kewitsch slumped in the driver’s seat.

Roeder knew they needed a defibrillator, but the compressions were all she could offer for several minutes.

One officer from the Mille Lacs Sheriff’s Department arrived, but didn’t have an AED. However, a few minutes later, Mille Lacs Band of Ojibwe Emergency Management Coordinator Monte Fronk arrived with an AED, which was immediately put to use.

It took several shocks before a pulse was recovered. Kewitsch remembers coming to when they put an IV line into his leg.

“I screamed when they did that and I can remember Ruth saying, ‘Pain is good. Stay with us,’” he said. “I passed out again, but I still had a pulse.”

That’s when the officers, with the help of Matt Roeder, got Kewitsch out of the car and onto a backboard that they labored to carry out of the swamp.

As Kewitsch was loaded into the ambulance for transport, Roeder and Ruth Kewitsch shared a moment.

“I gave her a big hug ... I told her we would continue to pray for her and husband and that we were glad to be their guardian angels that day,” Roeder said.

But Kewitsch’s day wasn’t over.

He was transported to the hospital in Onamia, where “a North Air Care helicopter was waiting and spun up and ready to go,” he said.

Kewitsch was flown to the University of Minnesota, where he was treated over the next four days.

Though his doctors were unsure what had caused his second coronary attack, they figured it had something to do with his heart’s electrical impulses. A cardio defibrillator was implanted. Kewitsch said that should he have another incident, the defibrillator will shock his heart back into rhythm.

After that first heart attack, Kewitsch was looking forward to getting back to work. Firefighting was his life.

He started his career in the fire service in 1996 as a paid-on-call firefighter for the city of St. Louis Park. He moved to the Richfield Fire Department in 2000, eventually filling the roles of lieutenant and assistant fire chief before being promoted to the position of chief in 2011.

Though he was undergoing cardio therapy, and had lost some weight, any thoughts about going back to his job as the Richfield Fire Chief came to a crashing end with the second incident. To be a fire chief, he must be certified as a firefighter and with his condition, that wasn’t possible.

Kewitsch made the difficult decision to retire as chief. However, he had joined on as the part-time executive director of the Minnesota Firefighter Initiative (MnFIRE) in January and plans to continue in that position.

For the Roeders and their dog Bryn, the rest of that fateful weekend went as planned, though they arrived later than expected.

“Right before the situation, we check in with cousins and told them we would be there in 30 minutes. By the time we got there more than two hours later, we were covered in mud,” Emily Roeder recalled.

The Kewitsches and Roeders met again about a month after the incident. And earlier this month, the fast-acting nurse was honored for her good works when she received the Meritorious Citizenship Award from the Minnesota State Patrol.

“As a registered nurse, she knew what to do,” Col. Matt Langer said while announcing Roeder’s award during a recent virtual program. “Due to the remote location of the crash, it is unlikely the driver would have survived had it not been for Emily’s quick actions – in this case, saving the life of a fire chief,” he added.

“I’m an incredibly fortunate individual, and yes, I am extremely grateful,” Kewitsch said. “Being a firefighter for 25 years – I was an EMT in college, and you just don’t see people surviving cardiac arrests like this, and to be neurologically intact, too. Had Emily not stopped, I probably would not be here.”

Kewitsch also offered advice. “I highly encourage everyone to learn how to do CPR. Be an Emily. Don’t hesitate to help others.”

He said that after the pandemic is over, the Richfield Fire Department will once again offer free “hands-only” CPR classes. He said the University of Minnesota also has free online hands-only CPR classes.

“For the lay public, hands-only makes a huge difference in survival,” Kewitsch said.

Roeder believes that her and her husband’s fortuitous timing that day was not a matter of happenstance.

“God had a plan for us that day. It’s kind of amazing the way things work. We were fortunate to be able to help them in such a scary time and have such a great outcome. You hope you’re never in these situations, but I feel very fortunate I knew what to do and was able to help in the way that I could,” Roeder said.

The Minnesota State Patrol’s award for the Meritorious Citizenship Award, including the award to Emily Roeder is available at trimurl.co/7QI3hA.