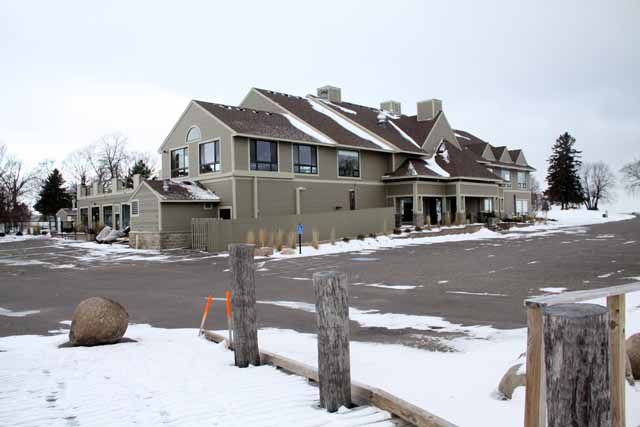 Izatys’ main lodge which houses an indoor pool, meeting halls and dining facilities stood ready to open during mid-December. With a new chef on staff, the bar and grill is scheduled for use on Thursdays through Sundays until the peek tourist season opens in the spring. 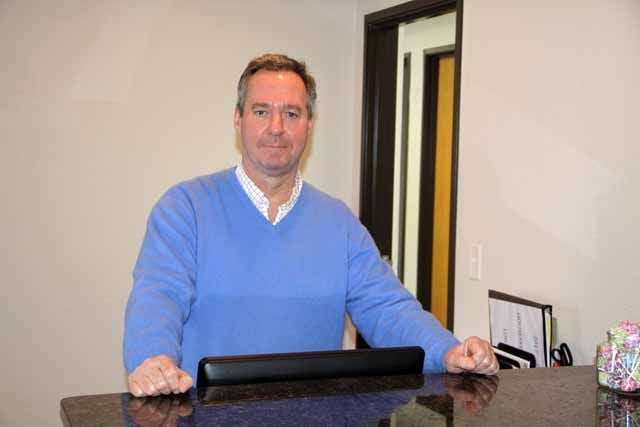 At the helm for Izatys Resort is Kevin Mullarky, who runs the day-to-day operations as general manager and is in constant touch with the absentee owners for China. 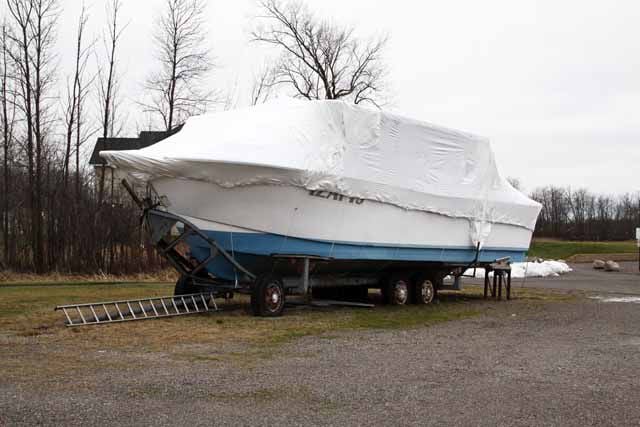 The “Lady of the Lakes,” Izatys flagship launch for so many years which has sat idle in the recent past, is scheduled for refurbishing and is destined to become a major attraction for clients of the resort in the summers to come.

Izatys’ main lodge which houses an indoor pool, meeting halls and dining facilities stood ready to open during mid-December. With a new chef on staff, the bar and grill is scheduled for use on Thursdays through Sundays until the peek tourist season opens in the spring.

At the helm for Izatys Resort is Kevin Mullarky, who runs the day-to-day operations as general manager and is in constant touch with the absentee owners for China.

The “Lady of the Lakes,” Izatys flagship launch for so many years which has sat idle in the recent past, is scheduled for refurbishing and is destined to become a major attraction for clients of the resort in the summers to come.

Rumors have been rife around Mille Lacs these past months concerning the status of Izatys Resort – one of, if not the largest resorts on the big lake.

Since the end of the golf season, the resort, including the bar and grill, stood virtually idle, causing concern among townhome owners as well as the general public as to just what was on the horizon for their popular playground.

In a sit-down interview with the Mille Lacs Messenger on Dec. 1, Izatys’ general manager Kevin Mullarky outlined the present and future of his charge, with emphasis on the future.

They came, they saw

To dispel rumors, Mullarky said this: “Several owners of Izatys visited their resort at times during the past two months and they reiterated their commitment to making Izatys the best it can be.”

Those who have seen the physical appearance of the resort since the new owners took over more than three years ago cannot help but be impressed with the remodeling of both the main lodge and resort hotel, along with noticeable improvements made to their golf course and marina.

“They (the owners) have invested lots of money in those projects. Now they are taking aim at how to attract more customers,” Mullarky said.

The owners, six successful businessmen from China, recently spent long hours with their general manager expressing how they wish to move the resort forward. According to Mullarky, the owners often used the phrase “change of direction” when considering where their resort would be headed.

“The owners saw that we had some shortcomings in several areas, and we sat down to devise a detailed business plan for going forward,” Mullarky said.

With the blessing of the resort’s board of directors, Mullarky has been given permission to take several short-term and long-term steps in hopes of bringing customers to their establishment.

“We knew right away that hiring a top-notch chef was paramount in getting us up and going,” Mullarky said. “With all the weddings and special gatherings our resort has typically attracted, a good chef was top priority, so I think I’ve found one in Brian Nieman. His credentials are first-rate.”

According to Mullarky, the new chef comes to the lakes area first because he was looking forward to having creative license at his restaurant and secondly because “he likes to hunt and fish.”

Second on the list of the owners’ priorities is the process of catering to the wishes of the locals. By locals, Mullarky said he means everyone from the Izatys townhome owners who number in the hundreds, to those who live in the immediate area around the lake who number in the thousands.

“We want to make our resort a real ‘destination’ where everyone is welcome,” he said.

The third piece of the newly designed plan for redeveloping Izatys is the hiring of a professional marketer. “Having a full-time marketer is something we have lacked for so long, and I think we have someone on board with the skills to sell our resort,” Malarkey said.

Part of promoting Izatys is providing a menu of activities clients may enjoy while visiting the resort. With that in mind, Mullarky foresees locals and non-locals looking forward to eating at their restaurant, playing their outstanding golf course, docking their boats in their marina in summer and renting fish houses during the winter months. “Our aim is to be open year-round, so that means we have to develop winter activities to compliment our summer recreation,” Mullarky said.

Izatys is looking forward to promoting the snowmobile trails along the Soo Line and is in the process of purchasing ice houses for rent with access to the frozen lake over their property.

Mullarky also is hopeful the resort can resurrect their flagship launch, “Lady of the Lake,” which has sat on shore for years. “Wouldn’t it be wonderful if we could finally offer our guests a launch trip, along with all the other activities we have,” he said.

As for the owners of Izatys and the connection they have to the EB-5 program, the simple answer is this: The six owners are indeed using this U.S. government-sponsored program that encourages foreigners to invest in American businesses ­– especially in economically distressed areas.

The Izatys owners have already met much of the criteria for this special program, pouring millions into their resort located in economically stressed northern Mille Lacs County.

One of the perks of this investment for the foreigners is earning green cards and eventually visas. “This is a sometimes long process,” Mullarky said. “But these owners, who have investments in golf courses and resorts around the world, are fully committed to making Izatys something special.”

Several other projects instigated by the owners are: using Izatys as a summer camp for Chinese children where they can learn American customs and polish their English speaking skills, and beginning to market the resort to visitors from China.

Certainly the new owners of Izatys are looking outside the box in hopes of building and expanding Izatys: their Mille Lacs treasure.

We read stories like this every 2-3 years about Izatys. Izatys time has come and gone......

MLB had their chance to snatch up Izaty's. They chose not to. Time to move on yourself, Fightinhate. Many locals have ties to Izaty's and many people have history with the place. Nothing wrong with finding the right formula for the beautiful, iconic property. Go fix your neighborhood, your backyard, your bitterness and racism burning inside of you instead of spewing it out for us to hear.

The tribe saw what a money pit the place was and rightly walked away. They could have picked it up cheap, believe me. I saw some of the P&Ls - what a joke. Maybe readbeforeyouspeak should buy it since he is local and knows everything. Apparently the local "ties" sure don't care to pony up a few bucks and help the place out. By the way, my neighborhood & yard do not need any fixing. The only bitterness and racism I can detect in these posts seems to be emanating from readbeforeyouspeak. He assumes I'm native and live in a bad neighborhood. His racial stereotyping, angry Trump-voter mentality and alt-right personality is something no one can fix.