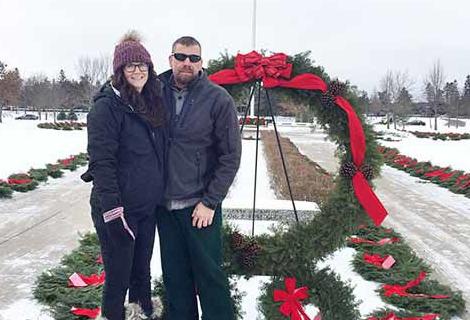 im and Krista Eye at Fort Ripley where wreaths represent the fallen servicemen and women and where the Eyes have volunteered. 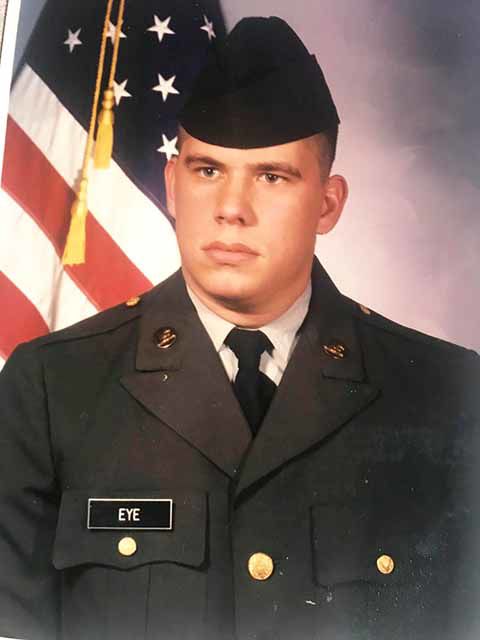 Jim Eye as a serviceman in the Army’s Second Infantry Division. 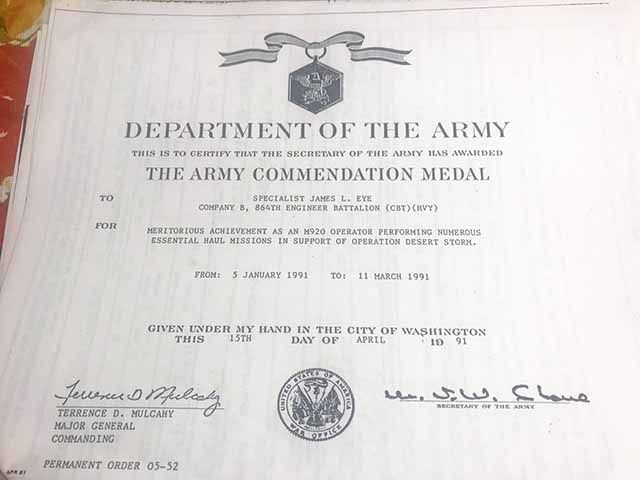 im and Krista Eye at Fort Ripley where wreaths represent the fallen servicemen and women and where the Eyes have volunteered.

Jim Eye as a serviceman in the Army’s Second Infantry Division.

James (Jim) Lee Eye spent a fair amount of time traveling the Middle East while in active service for the U.S. Army. His military experience enabled him to make good friends and have unique experiences he wouldn’t have otherwise had.

Eye finished boot camp in 1988 and then was sent to South Korea to be part of the Second Infantry Division. He then was sent to Fort Lewis in Washington in 1989. From there, he was deployed to Honduras as part of the 864th Engineers. He later was deployed to the Middle Eastern countries of Saudi Arabia, Kuwait and Bahrain. He served the remainder of his time back at Fort Lewis.

Eye said he had a good experience during his years of service. “It came at a time in my life that I needed more discipline,” he recalled. “I made a lot of good friends and saw some interesting places.”

Of those interesting places, Eye recalls some interesting memories. “While in Korea, I worked inside the DMZ (demilitarized zone) with two scientists looking for North Korean tunnels.” He also recalls sitting in full chemical gear in a bunker with no roof watching fighter planes fly overhead at the beginning of the air war in Desert Storm. He remembers with fondness getting to shake George Foreman’s hand. Foreman came to see the troops before they deployed to the Gulf.

As part of his service, he helped build a hospital in a small Honduras city. And while in Saudi Arabia, his division built two prisoner of war camps. At the conclusion of the Gulf War, he also helped load heavy equipment on ships over in Saudi Arabia.

The most satisfying part of his service was the camaraderie between him and his fellow servicemen, but the most difficult part was being away from family and friends, Eye recalls.

Military service is multigenerational for the Eyes as Jim’s dad, Bill Eye, served in the Army as well. Jim’s son Travis Eye is currently serving with the U.S. Navy with the USS Ronald Reagan in Japan.

Civilian life has also been good for Eye as he has worked union construction for 25 years and is currently employed with Knife Lake Concrete. Eye is married to wife, Krista, and has two adult children, Travis and Rachael. Rachael is a biology student at Bethel University who plans on becoming a physician’s assistant.

In his free time, Eye enjoys hunting, being outdoors and watching football and hockey, along with spending time with his family and friends. He also enjoys spending time with my army buddies that he has reconnected with over the years.

The Messenger staff thanks you for your service, Jim.