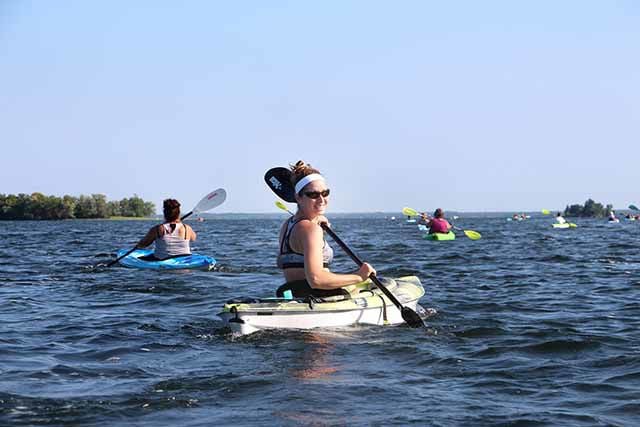 Justine Halvorson, of Montivideo, was among the kayakers who took part in the “Kayak to Spider Island” excursion which was a part of Wahkon Days this weekend, the morning of Saturday, Aug. 17. 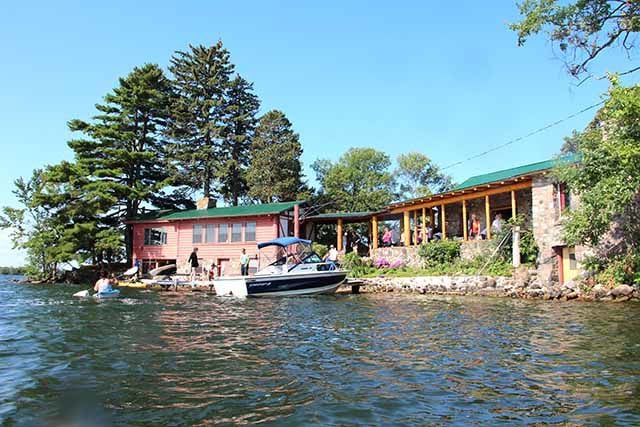 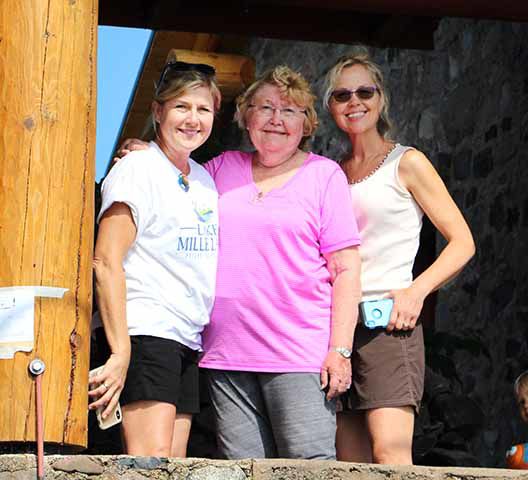 Owner of Spider Island Carole Erickson (center), along with her daughters

Becky Danielson (left) and Nancy Bock (right) greeted kayakers as they came about the island for a tour and refreshments. 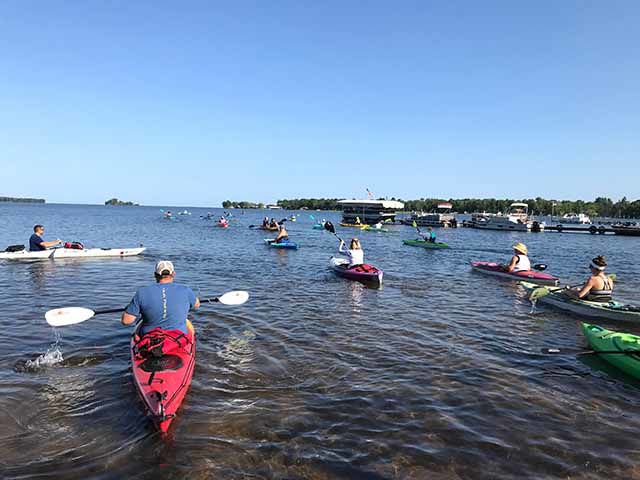 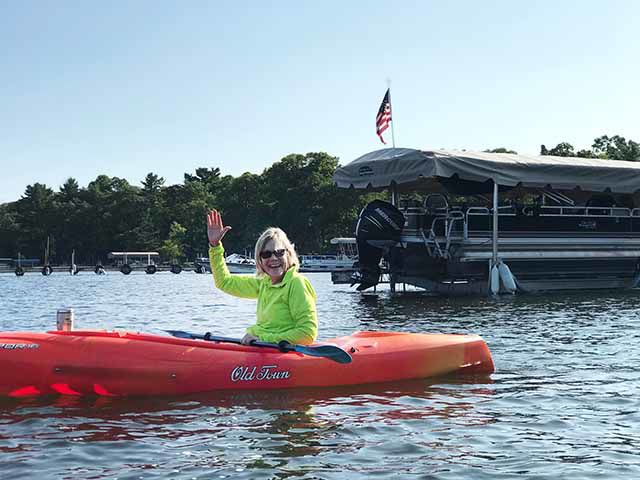 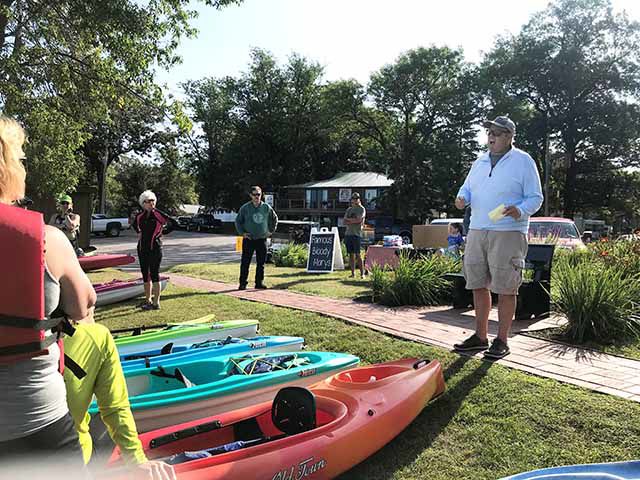 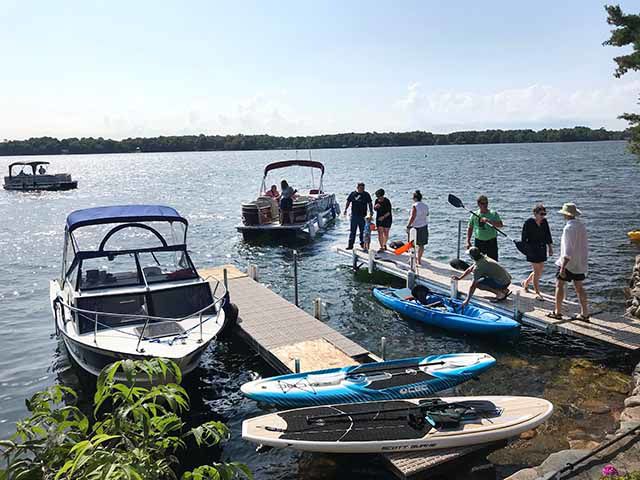 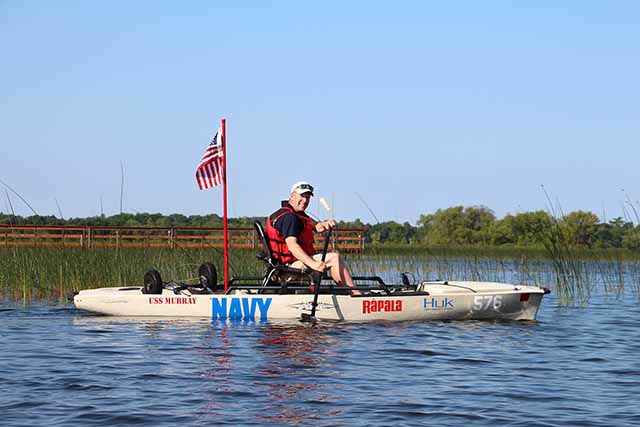 Mike Haggberg was on hand at the “Kayak to Spider Island” event to assist kayakers. 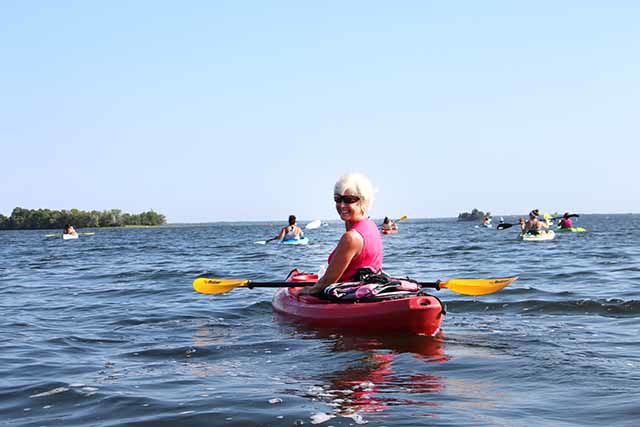 Kathi Clement, of Onamia, heading out on the five-mile trip. 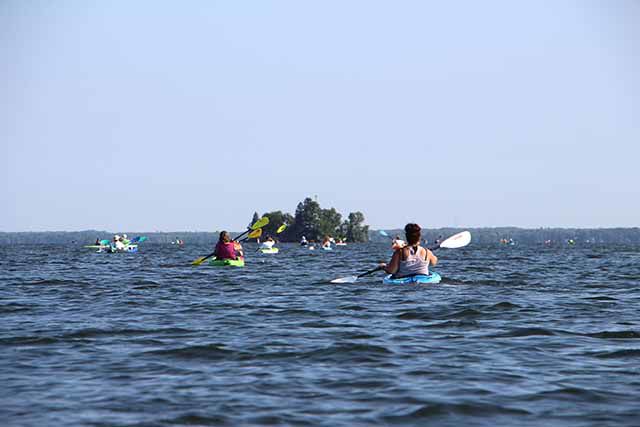 Justine Halvorson, of Montivideo, was among the kayakers who took part in the “Kayak to Spider Island” excursion which was a part of Wahkon Days this weekend, the morning of Saturday, Aug. 17.

Owner of Spider Island Carole Erickson (center), along with her daughters

Becky Danielson (left) and Nancy Bock (right) greeted kayakers as they came about the island for a tour and refreshments.

Mike Haggberg was on hand at the “Kayak to Spider Island” event to assist kayakers.

Kathi Clement, of Onamia, heading out on the five-mile trip.

A special Wahkon Days event, “Kayak to Spider Island,” took place out of Wahkon City Park on Saturday morning. The kayak excursion was a free event (with an optional canned good donation) out to Spider Island, owned by Carole Erickson. This was the first time Erickson allowed a tour of the island.

Steve Dubbs organized the event and greeted the 30-plus group of kayakers on a perfect August morning with little wind to create chop on the lake. “Spider Island has an interesting history. The island was once owned by the founder of Northwest Airlines, and Charles Lindbergh was a guest. There are rumors that the mob once owned it,” said Dubbs.

The event began at 9 a.m., and kayakers were soon out paddling on smooth water at the sound of a potato gun fire. The excursion was well-organized with life boats nearby to rescue or reprieve if needed. In about an hour, kayakers arrived at Spider Island where Carole and her two daughters, Becky Danielson and Nancy Bock, were graciously there to welcome the group with beverages and scones. Family and volunteer methodically helped kayakers out of their kayaks onto the dock and carried the kayaks onto the island.

“Because I’ve known Steve and Rob Dubbs forever … their folks used to own Izaty’s,” Carole responded when asked what made her decide to open the island up to the kayaker group. “When you get to my age, you can’t say ‘no’ to my friends’ kids.”

Carole’s husband, Dale Erickson, was a dentist in Minneapolis who passed away 10 years ago. “We purchased this place in 1974 and have now owned it for 44 years,” said Carole. The cabin has gone through a lot of changes. “When we moved in, it was so run down, we had to crawl through a window to get in and then restored the place.”

There was a fire on June 30 of 2018 caused by lightning strikes. The Ericksons have been repairing the damage since then.

One participant, Doug Anderson, of Coon Rapids, noted that he grew up in Wahkon as a kid and that his great-uncle, Art Dahlstrom, and cousin, Bill Anderson, helped create the stone retaining wall in the 1950s surrounding the island. “They used a wooden boat and a two-horse Johnson to boat supplies out to the island. It was about two miles from Twin Island, and they made lots of trips. The rocks and the sand they used were from the island,” said Anderson.

“The excursion was wonderful,” said Gail Kulick of Milaca. “It’s been this wonderful, mysterious place, and now we get to see it.”

Another participant, Lynn Steiner of Wahkon, said, “It was so generous of them to let us visit, and the history [of the island] is fascinating. Plus, it’s a spectacular view.”

After spending some time on the island, taking in the magnificent view and visiting with each other and the owners, kayakers began the 2.5 mile paddle back. Organizers of the event warned kayakers about the wind gusts causing choppy water and a more difficult trip back. They also suggested using the life jacket that was required for each of the paddlers to have with them.

The trip back was a tough one. At times, the kayak didn’t seem to move against the wind. However, pontoons were available for anyone who wanted to throw in the towel and hitch a ride back to shore. Others were available to take people home from Frederickson’s Marina if they didn’t want to cross Wahkon Bay back to the park.

At the end of the excursion was a free beverage provided by the owners of Mugg’s of Mille Lacs, Steve and Joan Dubbs.

The day was beautiful, and turnout was great. Thank you to the organizers of the event … we are looking forward to the next trip!

For those looking to get involved with future kayak excursion, Naomi Creech, of Naomi’s Bike and Paddle Rental, will be organizing a kayak club. More details will be provided in future Mille Lacs Messenger editions.