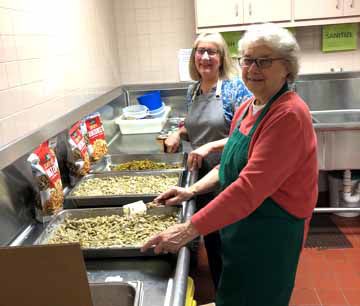 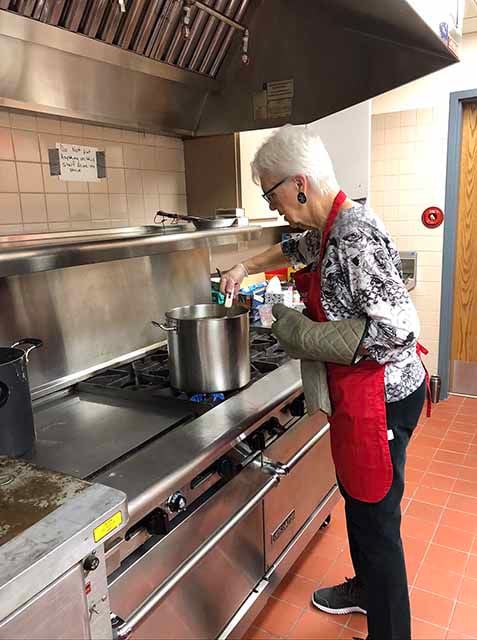 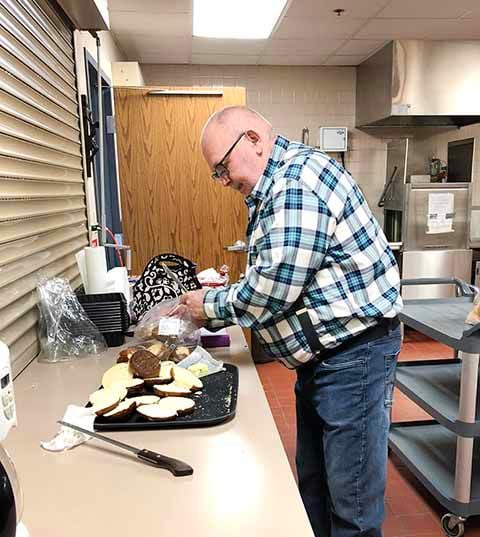 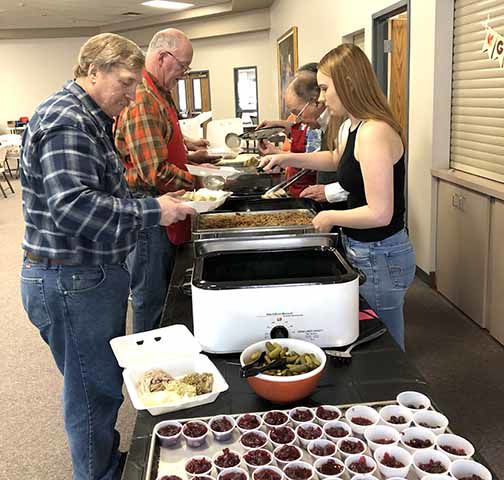 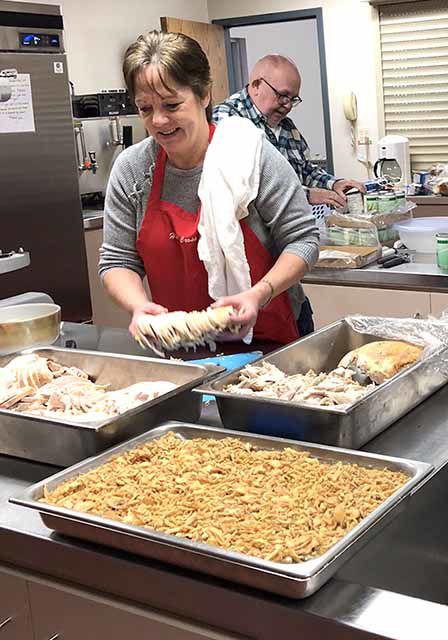 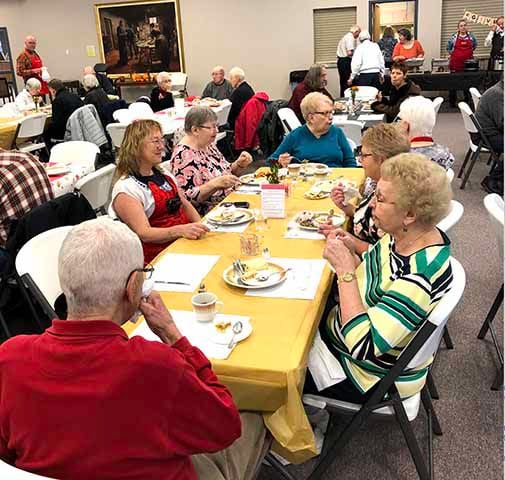 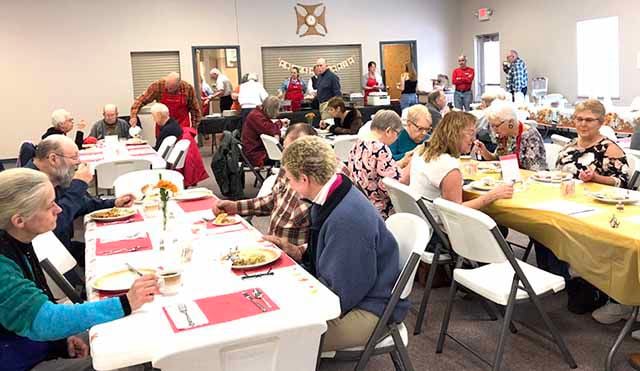 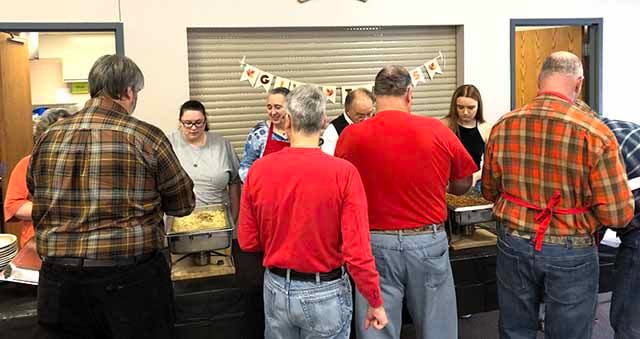 Giving of one’s time over the holidays is a true expression of sacrifice. And this is exactly what Onamia churches and a Lions club did this Thanksgiving in Onamia.

Holy Cross, Bethany Lutheran churches and the Onamia Alliance Church, along with the Onamia Lions, hosted a community Thanksgiving dinner last Thursday at Holy Cross Catholic Church in Onamia. The community Thanksgiving dinner is in its 25th year and started in 1994 when Ole and Marian Veaasen and Jim and Pam Olson organized the event. For many years, it was hosted by Bethany Lutheran Church. Norma Holen hosted it in the most recent years, and this year when it was moved to Holy Cross, Margaret Hitzemann took over.

The dinner is a collaborative effort with the Onamia Lions donating money for the food and Donna Jones of Gateway Cafe and Station for ordering the food and providing it at cost.

The atmosphere felt like a social event. “Community members took time to visit with each other after the meal,” said Hitzemann.

Not only did those who were present enjoy a dinner, but there were about 50 meals delivered to those who could not make it.

Hitzemann decided to get involved because she heard it would be discontinued due to the previous organizer, Norma Holen, moving out of the area. “When I learned from Father Jerry that the dinner needed a coordinator to continue, I knew immediately that I should volunteer,” said Hitzemann. “I did not feel at all qualified, but I trusted that the Lord wanted this to happen and I would be given what was needed.”

That is exactly what happened. The funds came in, the volunteers stepped up and the guests enjoyed the meal.

“It was a lot of work but so worth it,” added Hitzemann. “Thanks be to God.”