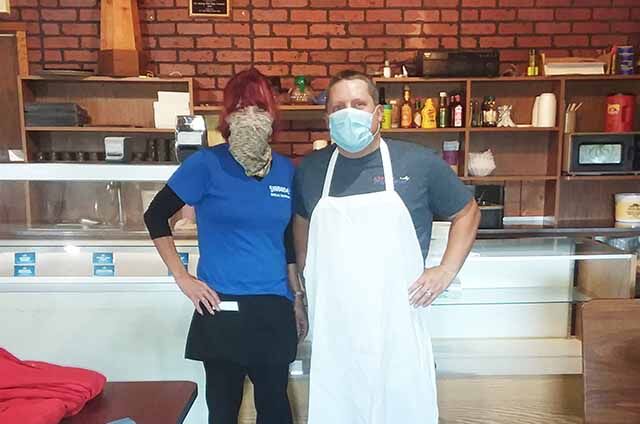 Show goes on under new direction at Garrison restaurant 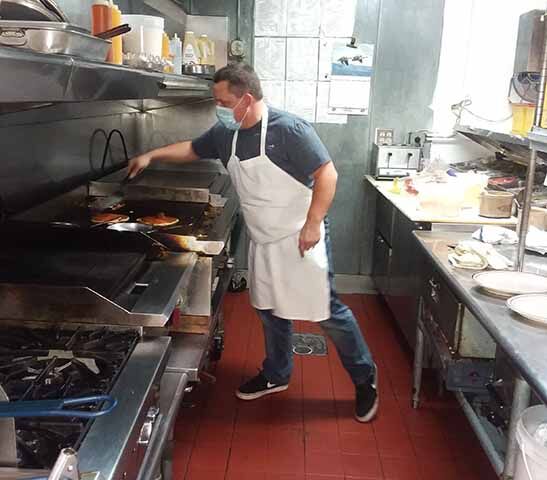 Show goes on under new direction at Garrison restaurant

Running parallel to Hwy. 169, the storefronts that line Madison Street in Garrison greet most visitors passing through Garrison. Svoboda’s Spotlite Cafe is one recognizable face of the town sitting among these buildings. Though Nick Bratland is a newcomer to the Mille Lacs community, he’s stepped up to the plate at this iconic Garrison restaurant, taking over as its new owner on Thursday, Oct. 1.

Bratland and his family first began looking into purchasing the Spotlite Cafe four months ago. Prior to this, he had been working as manager at a jewelry store in Minneapolis for 22 years. During the civil unrest that followed the killing of George Floyd earlier this year, that jewelry store had been destroyed. Bratland said the store’s owner had been unsure whether he wanted to re-open, which led to Bratland looking for new opportunities.

“I knew I was ready to get out of Minneapolis,” Bratland said, “and go do something different.” In addition to the jewelry store, Bratland also has prior experience working in food service, including work at a golf course and at a bar and restaurant owned by his mother, Kim Verret. Verret will also join Bratland at the Spotlite Cafe, managing the store’s front end. Bratland stated that his wife, Amber, will be assisting at the restaurant part-time, though she also keeps busy as a stay-at-home mom for the family’s 16- and four-month-old. The family has four teenage children as well.

“I was looking for family business,” Bratland said. “I wasn’t sure what I wanted to do, whether it be a restaurant or something else.” He was looking for the sort of community that was a vacation destination, and he was familiar with Mille Lacs Lake, as he formerly had an ice house on the lake and has hunted and fished in the local area. He found the Spotlite Cafe to be a well-run business in a nice location, and the numbers made sense for him to purchase it. “It seemed like it would be enough to support our family,” he said, “so we went from there.”

Where menu and staffing were concerned, Bratland doesn’t plan to make big changes. “We’re planning to not change anything,” he said. “We want to keep it the exact same diner/cafe that’s been here for 40-plus years.” The menu will stay exactly the same, Bratland describing it as “good food, served fast.”

Eventually, Bratland said the family might phase out the Svoboda name, re-branding to just the Spotlite Cafe, though this change was months off as of yet. On small change, he noted, will be keeping the restaurant open year round, rather than closing for the winter months. He indicated the adjacent retail building, stating he wasn’t certain whether it would eventually be rented out, or if he’d eventually branch out into other merchandise. Any such development was tentative, however.

Bratland’s family has only just moved into the Garrison community, but, he added, “We like it so far … We like the area – very nice people… A lot of people come here for a vacation. I figure why not live up here.”

He concluded, “[People] should come and try us for themselves. If you haven’t tried [the Spotlite] before, come for your first time. And if you’ve tried us before and loved it, come back.”