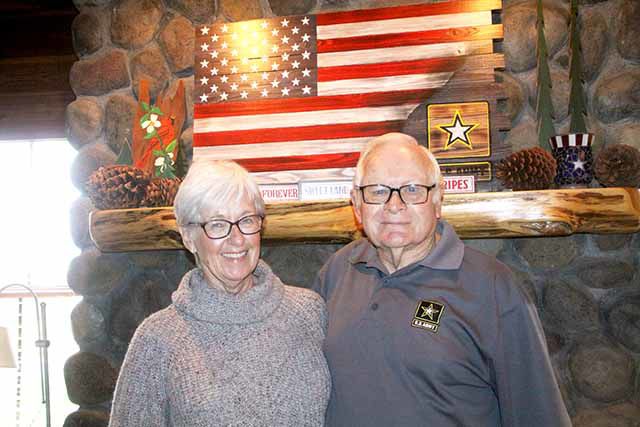 Following 31 years in the military, Isle native Roger Nutt is enjoying retirement with his wife of 53 years, Dianne, living on the shores of Mille Lacs Lake. 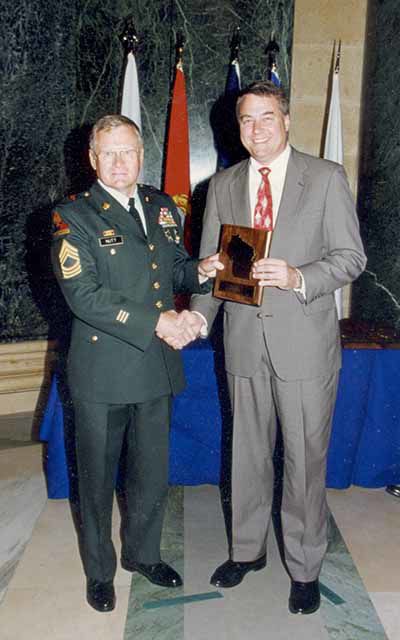 Roger Nutt as an E-7, a position he held for 14 years in the Army Reserves. 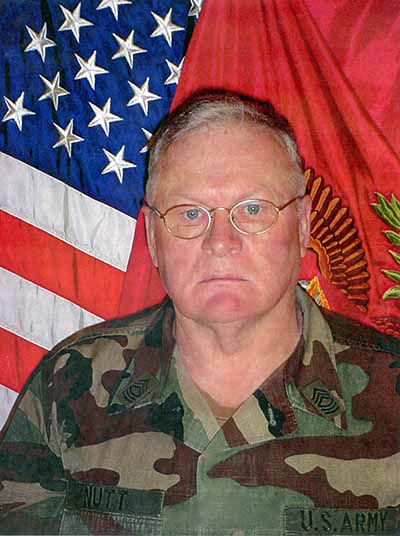 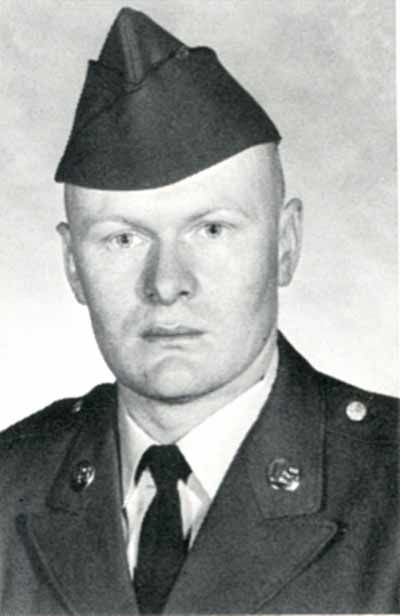 Following 31 years in the military, Isle native Roger Nutt is enjoying retirement with his wife of 53 years, Dianne, living on the shores of Mille Lacs Lake.

Roger Nutt as an E-7, a position he held for 14 years in the Army Reserves.

Like many high school boys graduating in the early 1960s, the options for post-high school were: going on to college, finding a job right away or joining the military.

Isle grad Roger Nutt from the class of 1961 figured college was not in the picture, but he was inspired by some of his buddies who were contemplating joining the Service, so he joined his home-town friends in taking the Army physical.

Unlike Rog’s classmates who were accepted into the military, the Army passed on him. “The Army didn’t accept me because they claimed I had flat feet,” Roger recalled.

So, Roger gravitated to the Minnesota work force and by 1966 he was married to Onamia High grad, Dianne Brooks and both were gainfully employed in the Twin Cities.

Then came the Vietnam War and the institution of the draft to build a military force. “I got my draft notice, but I figured because I was married and because I had already been denied by the military, I was not going to have to go,” Roger recalled.

But, by the mid-1960s, standards had obviously changed, and Roger, a 22-year-old, married man with flat feet, was put on a plane and sent to basic training in Fort Campbell, Kentucky. “This was just the beginning of the Vietnam War, so back then there were no such thing as deferments,” Roger claimed.

“All the Army people I knew were telling me that I’d eventually end up in Nam,” Rog said. “At one time I really wanted to be in the Army, but going to a war zone like Vietnam and having to leave my wife for a year, was not what I first had in mind.”

After his war tour, like many GI’s, Roger could hardly wait to get back to civilian life. “I always considered myself to be a mechanic,” Roger said. So he found work at several Twin City car dealerships for about three years.

It was then that fate jumped into Nutt’s life and would lead him to a career choice and path he most likely would never have imagined. An Army recruiter whose car Roger serviced while working in the Cities, suggested he consider joining the Army Reserves out of Arden Hills.

Roger soon agreed to try it for a year, entering with the rank of E-4. There is a saying in the Army that goes, “re-up for the bennies (benefits)” and Roger was enticed into enlisting for another year in the Reserves with the promise of a promotion to E-5.

One year later the Army used that same tactic and Roger was now an E-6. That’s when he was given the chance to make a real commitment to the Armed Services. In 1982, he was made an E-7 (a Sergeant First Class), but this also meant he was in the full-time Active Reserves.

Roger spent 14 years at that high rank, serving in locations such as Texas, Eau Claire and Fort Snelling where he eventually was promoted to the second-highest rank of a non-com, an E-8, or that of Master Sergeant (six stripes, three up and three down).

An Army career initially denied because of flat feet, blossomed into a 31-year stint in the military that ended in retirement in 2003.

Looking back, Roger made a list of some of the positives he gained from his experiences in the military.

“I saw places around the world I would never dreamed of seeing,” he said, naming Alaska, Vietnam, Saudi Arabia (where he was involved in Operation Desert Storm) and Korea to name a few.

And the benefits of being in the military for over 20 years are many, he said, including earning a fine pension and health insurance plans, access to the GI Bill and life-long Veterans Administration benefits.

He and his wife also have access to Army guest housing when traveling and PX privileges.

“And being able to retire at a decent age has meant a lot to me and my family,” Nutt said.

There was another positive, unrelated to a military career, that Nutt failed to mention: that an Isle grad and an Onamia grad could live in harmony for 53 years. “Never had a problem with that,” both Dianne and Roger agreed.