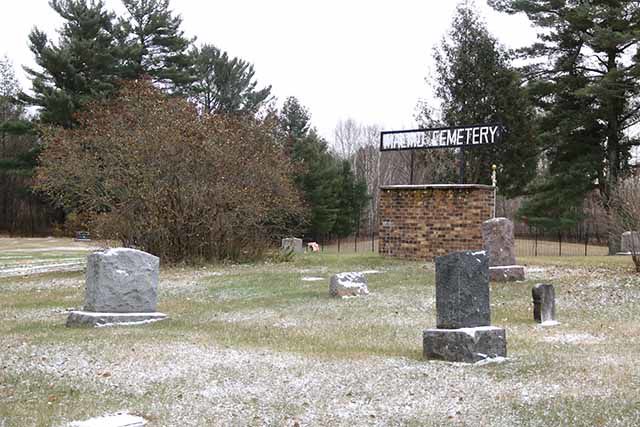 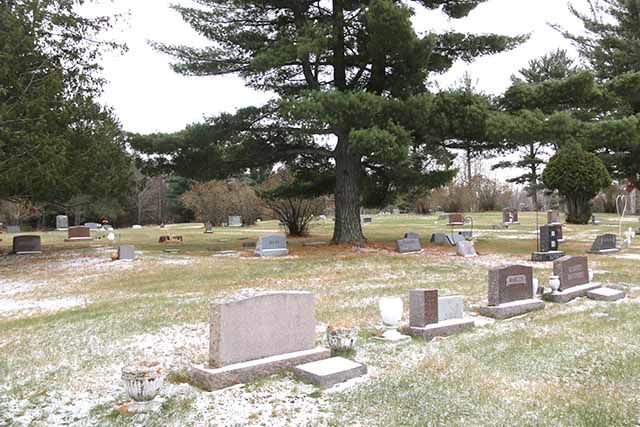 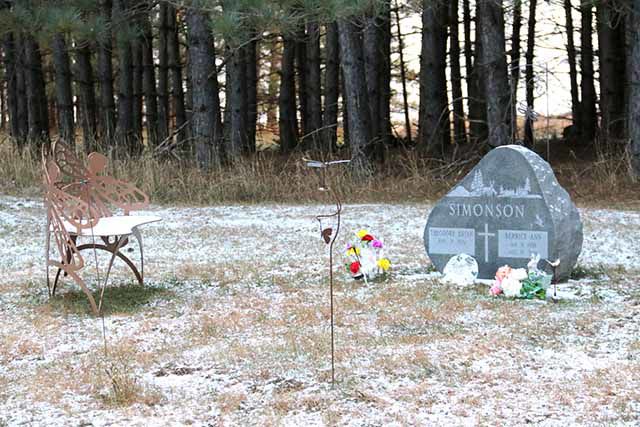 While bodies need to be buried in registered cemeteries, it is possible to have a plot survey and registered as a private cemetery, such as the cemetery on the land of the Simonson family in southern Aitkin County.

While bodies need to be buried in registered cemeteries, it is possible to have a plot survey and registered as a private cemetery, such as the cemetery on the land of the Simonson family in southern Aitkin County.

In Minnesota: rules, regulations and practices regarding the grave

A grave, common wisdom holds, is the last place many people will lay to rest. Final and inevitable, thoughts of the grave aren’t ones with which people like to be preoccupied. But the macabrely curious among us may wonder: what all goes on between last breath and the casket lowering into the grave? The Messenger has looked to Minnesota law and the Department of Health, and has spoken to an area funeral director, to get to the bottom of these grave matters.

As outlined in the “Choices” pamphlet available through the Minnesota Department of Health and Chapter 149A of Minnesota statute, an individual may direct the preparation, type and place of their final disposition through written instruction. The writing for these arrangements needs to be dated, signed and witnessed. Those arrangements will be carried out to the extent that the deceased

has provided resources to do so. When it comes to carrying out the arrangements, or the right to control the disposition if no arrangements were made, individuals are given control in the following priority:

• The person(s) appointed in a dated written instrument signed by the deceased.

• The majority of the surviving adult children.

• The surviving parent or parents, both having equal authority.

• The majority of the adult siblings.

• The majority of the adult grandchildren.

• An acting guardian with the authority to make health care decisions for the deceased.

• An adult who exhibited special care or concern for the deceased.

• The person(s) in the next degree of kinship named by law to inherit the deceased’s estate.

• The appropriate public or court authority.

Nate Froehling, one of the owners and funeral directors of Methven Funeral Home, based in Mora, Minn., spoke with the Messenger on the role played in final disposition. “There’s multiple things that a funeral home does for a family when there’s been a death,” Froehling said. The first priority upon receiving a call of death, Froehling explained, is responding to the place of death to assume responsibility for the deceased individual’s body. It is a duty carried out 24 hours a day, seven days a week, regardless of weekends or holidays. “You name it,” Froehling said, “Somebody will always answer the phone.”

Another role is generating a death certificate and filing it with the state. Froeling described the certificate as “proving the death,” which allows the family to settle the estate, transfer accounts, claim any insurances, and so forth. According to the “Choices” document, Minnesota statute 144.221 states that a death certificate must be filed within five days of death or before burial, whichever comes first. Filing the certificate includes completion of a “document of death worksheet” by a mortician or other person in charge of the disposition, as well as the cause of death on that document being certified by a physician, coroner or medical examiner with jurisdiction over the body.

Froehling said that Methven sits down with the family and discusses the type of services the family would like performed, whether it is cremation or traditional burial. The funeral home would then do the coordinating to make those services happen, reaching out to the church, cemetery and other institutions. “Our primary focus is the care of the deceased,” Froehling said, “and guiding the bereaved family through the funeral process.”

The funeral home’s responsibility extends from receiving control of the body, Froehling said, up until final disposition, the point at which the body is buried or cremated.

If the family would like to have an open casket funeral, Froehling stated, embalming is required to slow the body’s natural decomposition and sanitize it. As outlined in Chapter 149a.91, Subdivision 3, of Minnesota statute, embalming or refrigeration is also required if final disposition will be more than 72 hours. The body will then be publicly transported, or if so ordered by the commissioner of health, to control infectious disease. “In most cases we deal with,” Froehling said, “it’s because there’s going to be an open casket viewal.” The funeral home requires verbal permission from the family to perform the embalming, followed by written permission later. Licensed morticians with the funeral home will take care of the embalming process itself.

Once a body has been embalmed, Froehling said, burial could happen at any time frame after that. Bodies are commonly held in the winter months, Froehling explained, because the cost of opening a new grave in the winter can be expensive. Where cremation is concerned, a body can be at the funeral home for up to six days before being sent to the crematory, which then has one more day to complete the process.

In the case of an open casket funeral, Froehling said the funeral director’s responsibility ends once the vault is sealed. A final disposition permit is also generated and sent to the location of the final disposition, whether it is a cemetery or crematory. This permit, required for the burial to happen, is then filed by the cemetery.

According to the Department of Health’s “Choices” document, burial needs to be in a legally registered cemetery. It is possible for a cemetery to be established on private property, but the property will need to be surveyed, mapped, charted, and registered with a county or town with jurisdiction. Froehling also added that some cemeteries will require an outer burial container around a casket, such as a concrete vault. This outer layer prevents the ground from sagging over the grave as time wears down the casket, which can lower maintenance costs for the cemetery. When it comes to the necessary dimensions of the grave itself, Froehling said they tend to vary depending on the bylaws of individual cemeteries.

Rules for the burial of urn are equally varied from cemetery to cemetery, Froehling added. Families are also able to take responsibility of the urn and do a burial or scattering on their own private property. As noted in the “Choices” document, no further permit is required for this.

“Once the urn leaves our responsibility,” Froehling said, “we really have no control over what happens. It’s really up to families to do what they want to do.” Froehling added that though scatterings weren’t supposed to happen in public, he knows it still occasionally happens. “It’s irreversible. It’s harmless. But the idea of it can still bother people.”

“I always recommend burial myself,” Froehling noted. “But it’s up to the family’s peace of mind and preferences. And we’re there to serve them.”

Froehling spoke briefly on alternative options when it comes to final disposition. One such option was alkaline hydrolysis, also known as a water cremation. This process involves letting a body chemically dissolve in a lye-like solution. There are only a handful of crematories in the state capable of carrying out alkaline hydrolysis, Froehling noted, but it is a slightly more expensive option available for final disposition.

“There’s been a lot of different ideas on what somebody might consider a green burial,” Froehling said. “The definition of what is green varies from individual to individual.” One process Froehling had heard of involves burying the body in a shallow grave with little to no covering or casket, then letting the elements claim it. He is not aware of any site practicing this process in Minnesota, however. Froehling is also aware of a location in Tennessee where bodies have been donated to forensic science studies looking into the rate and factors of decomposition.

The funeral industry, Froehling concluded, exists to help serve bereaved families through the tough period that follows a death, guiding them through what needs to happen. Families in need can also be directed to the services the funeral home doesn’t provide, such as after care, grief support groups, settling estates, or claiming life insurance. “We are all geared to help,” Froehling said. “The focus of the industry is to be there to help. Our emphasis at funeral homes is the care of the bereaved family and making sure everyone is treated with the utmost respect.”

Death is never an easy subject to deal with. Through the work of institutes like Methven Funeral Home, laying those tricky concerns to rest is made just a bit less troublesome. None can escape the grave, but there’s perspective to be had in learning just what it takes to get into one.