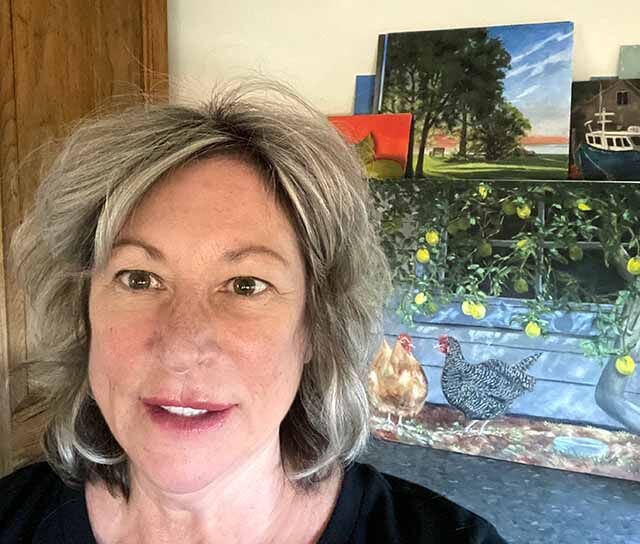 Something rural on the easel 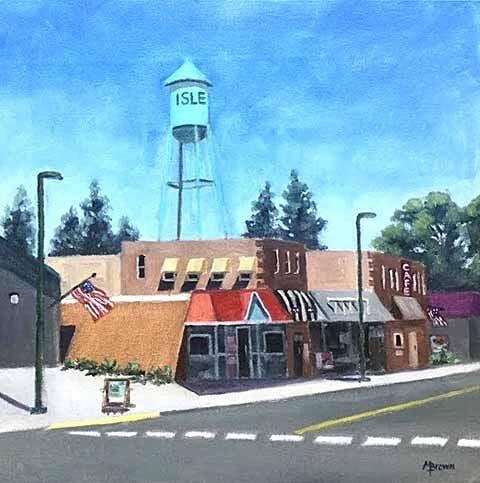 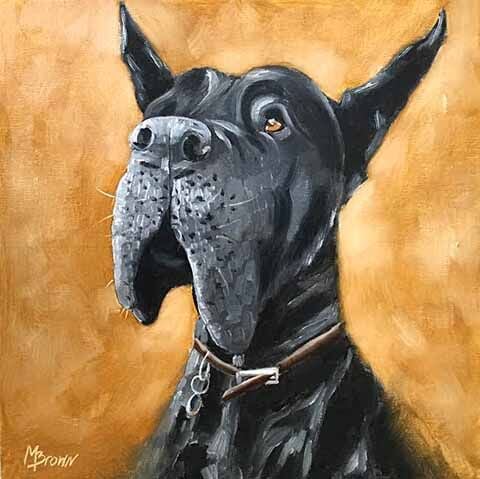 She also does a variety of commissioned work, such as the pet painting below.

Something rural on the easel

She also does a variety of commissioned work, such as the pet painting below.

People come from across the country to witness the picturesque beauty of Mille Lacs Lake, and some come to capture that beauty in a picture. Mureen Brown resides in Santa Barbara, California, but over the last year, she’s made multiple visits to her brother’s cabin along Wahkon’s Mille Lacs shore. During these visits, her practiced hands have been producing locally inspired paintings. Brown is a seasoned traveler, and Mille Lacs is far from the only place to inspire her paintings.

Brown grew up in South St. Paul, but she’s been living in California for about 20 years. She moved to the state due to a job opportunity for her husband. Unfortunately, her husband passed away in a motorcycle accident not long after. She had been working as a business consultant in the healthcare field, but following her husband’s death, she moved towards a semi-retirement. “I just decided to stay in California,” she explained, “because it’s a painter’s paradise. It’s absolutely beautiful.”

Painting was where Brown decided to focus as she moved away from her consulting career. A friend of hers had got her started, Brown explained. “I was with a girlfriend, and she set up an extra easel, put a paintbrush in my hand, and said to start making a mess. And I did.” Brown began to pursue the hobby in her own time, acquiring her own paints and supplies.

“I started with watercolors,” she said, “and then I realized that it was cool to go to wineries, to travel, and to paint in oils.” Ultimately, this led to all her hobbies mixing together: travel, wine and painting. It’s a perfect combination, she added, as an aside. Beer doesn’t work; wine does.

And her painting has led Brown to travel far. “I go all over the place,” she said. “I have painted in Croatia twice, in France, Amsterdam.” Her favorite place her painting has taken has been Prince Edward Island in Canada. “Americans aren’t taught much about Canada or Canadian history,” she said, “and they really don’t advertise to get us to go there. But it’s absolutely beautiful, and the people are so kind.” Part of the appeal of this eastern Canadian province, she explained, was that it was culturally similar to northern Minnesota, but surrounded by ocean. “Everywhere you look, you see the ocean, you see the lobster boats. But there are friendly, interesting people who still function like it was 50 years ago.”

About a year ago, Brown’s brother, Mitchell Spragur, bought a cabin in Wahkon, and, with her help, he renovated it. Brown has made three or four trips up to the cabin since then. “And about all I’ll do while I’m up there, really, is I’ll go up by myself and paint,” she said. She cited a wide range of local features that inspired her, including the foliage, the clouds (which she noted are an uncommon sight in California), old barns and other interesting architecture (in particular, she pointed to the Hairy Mosquito Trading Post by Milaca). “It’s anything that’s relatable,” she added. “I love small towns; I love villages.”

Prior to her brother renovating his cabin, Brown said she didn’t have much experience within the Mille Lacs Community. However, she did note her family took trips up to the Brainerd Lakes region when she was young, staying around Nisswa and Gull Lake.

As of yet, Brown didn’t have other concrete plans for showing her art, particularly in light of the pandemic. “So much has changed right now,” she said, “and thank God I have painting, because I don’t know what I’d do with my time.” She was, however, excited to continue to pursue her Minnesota-themed paintings.

Brown posts all of her art to both her Facebook (@mureenbrownart) and Instagram accounts. In addition to the art she shares on these platforms, she also does commission work. She added that all of her pieces were reasonably priced. Inquiries about commissions and other pieces can be directed to her email: mbrownartist@yahoo.com.