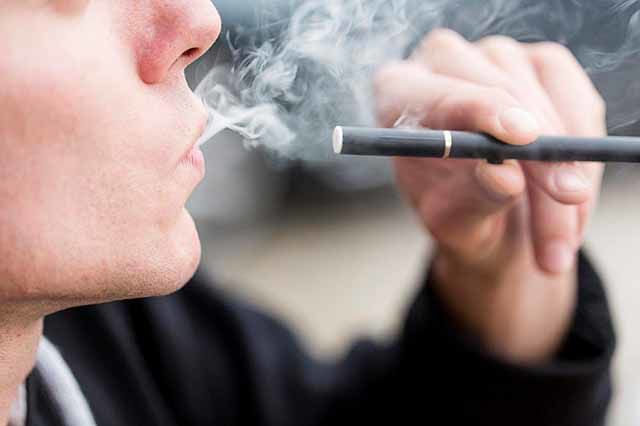 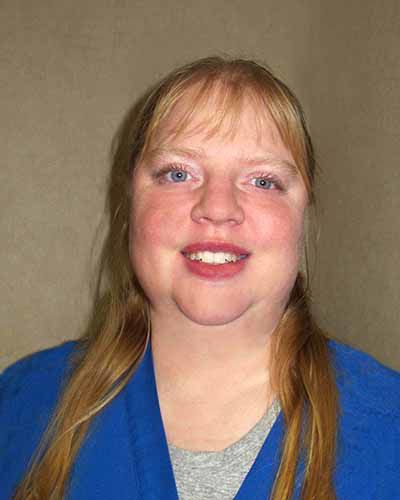 “We are born with one set of lungs. The safest thing we can do for them is to inhale air. Just air. That’s all,” said Mille Lacs Health System Respiratory Therapist Vicki Engmark, speaking about the recent vaping epidemic affecting students and adults alike.

Engmark noted it’s well known that smoking cigarettes has health implications, including cancer and emphysema (also known as COPD). Many people have turned to e-cigarettes (vaping) instead of cigarettes, thinking it is safer. “Vaping is not inhaling ‘water steam’ as some think,” she said. It is the act of inhaling an aerosol that is made of small particles that get into the lungs, no different than smoking a cigarette.”

Inhaling particles puts the lungs at risk for injury and disease. Inhaling gases, mists, aerosols, fumes, dusts, metals or chemicals causes damage to the lungs and changes the way the lungs function. When the particles cause damage to the upper part of the lungs (which include the nose, throat and trachea) bronchitis-like symptoms can result. An example of this is inhaling chlorine gas or car fumes. When particles reach the lower part of the lungs, more severe damage results and the lungs lose the ability to deliver oxygen to the body. Examples of this are “Silo-fillers Disease” of the lung or Asbestosis (from exposure to asbestos).

“When people vape,” Engmark said, “they inhale more than a mist of water, they inhale chemicals that get into the lungs and cause damage to both the upper and lower parts of the lungs. For some, the vaping leads to asthma or severe allergic reactions. For others, vaping leads to severe lung injury, resulting in death.”

Both cigarettes and e-cigarettes contain nicotine. Nicotine is the chemical that causes addiction. Nicotine also causes lung injury, whereby the lungs lose their normal ability to clear secretions and debris. An e-cigarette vial can contain 100 mg of nicotine. Since the advent of the use of e-cigarettes, the Centers for Disease Control reports an increase in calls to poison control centers reporting nicotine exposure in children under five from the e-cigarette vial. As little as 10 mg. of nicotine may kill a child.

One unique feature of the e-cigarette and a draw towards using them is the flavorings. These flavorings contain benzaldehyde which cause damage to the cells in the lungs, including death of the cells. There are solvents that are used to help the flavorings dissolve. When these solvents are heated, they are broken down into formaldehyde and acetaldehyde, both of which are carcinogens. Diacetyl, a chemical that is used to add buttery flavor to popcorn, is also found in the vaping flavorings. Diacetyl when inhaled causes emphysema and is the cause of “Popcorn Lung.”

Other chemicals that are vaped cause the body to have a reduced ability to fight infections. The chemicals give the germs protective layers so the body’s normal immune system can’t kill these germs efficiently. E-cigarettes also contain metals that become inhaled including tin, lead, mercury, nickel, chromium and cadmium. None of these are substances you would want in your healthy lungs.

Oil-based solvents like propylene glycol and vegetable glycerin are man-made liquids used for food and cosmetics. And though deemed safe for those uses, more is being learned about the negative effects when inhaled. Cases where inhaled substances such as these have shown to cause asthma and emphysema. Glycerin in the liquid form gives food a sweet taste, and when heated it forms acrolein which is known to cause lung disease and contribute to heart disease.

To make matters even more confusing and ominous, some other kind of toxic chemical or pesticide could be finding its way into the supply of e-liquids used both commercially and as part of “street” use. The other factor not know at this time is whether heating e-liquids leads to the formation of additional compounds that are just not documented yet.

“There is much concern that contaminants in counterfeit or street vapes could be behind the many cases of vaping illnesses and death,” said Engmark. “With the CDC reporting that more than 1 in 4 teens vape, and the number of elementary-age school children getting into the habit growing.”

In fact, news outlets have been reporting about vaping devices designed to look like USB drives, phone cases, computer mice, and even the beloved hoodie (the drawstrings around the hood can hold vaping devices.) Be aware that your kids could be hiding their habit in some fairly innocent-looking ways.

Dr. Cathy Donovan, a Family Physician at MLHS, said that though it’s known that vaping is not safe, so much is still unknown right now. “We don’t know for sure why these teens are dying from vaping. You can be sure that over the next 10 years there will be more people dying from vaping-related illnesses. Kids are starting this early and the devices are easy to hide, so talk to them about it often.”