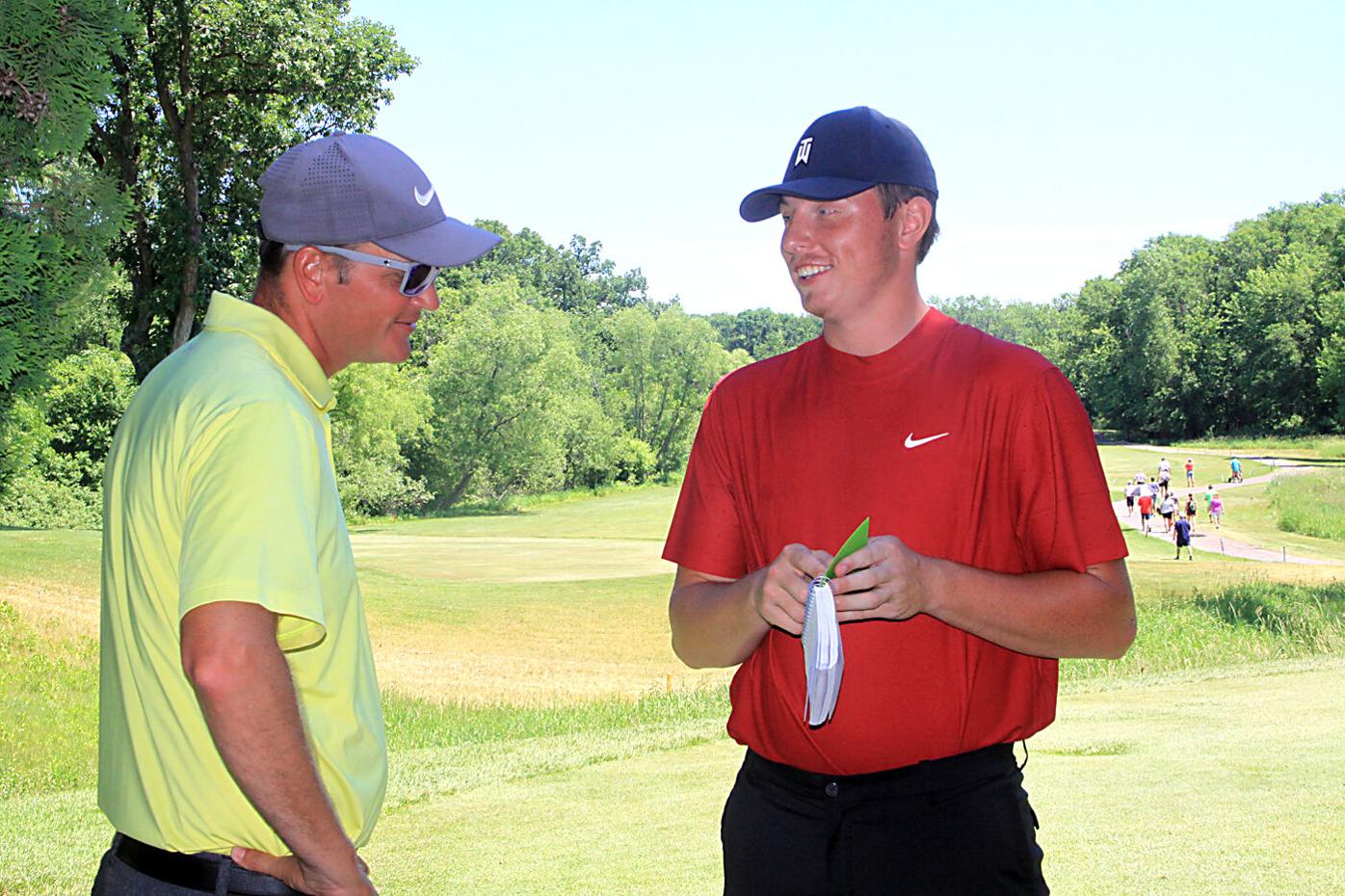 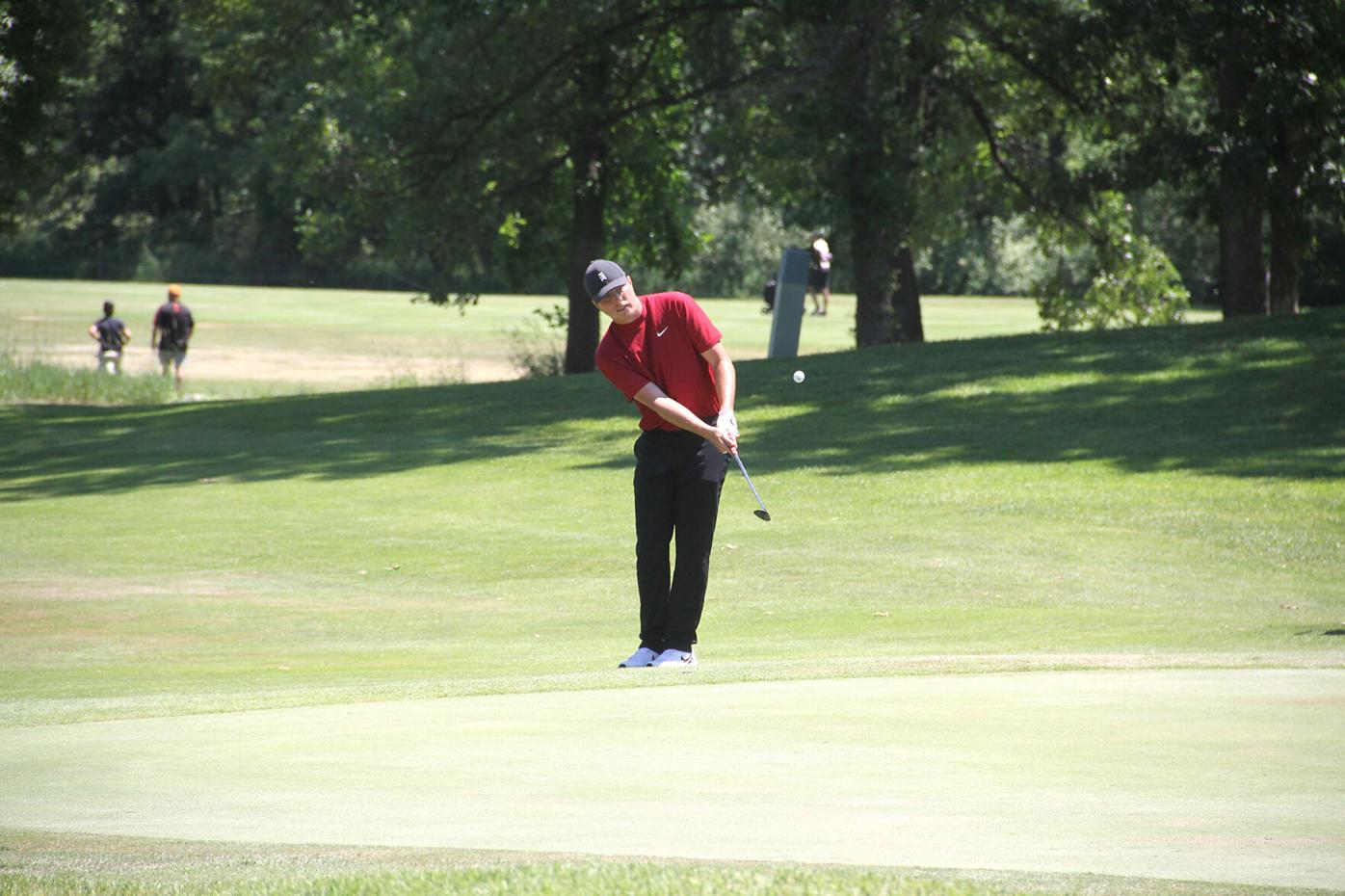 Mille Lacs’ ace - Isle graduating senior Teagen Haggberg represented the Mille Lacs Raiders in the Class A State Tournament at Becker last week. It was his third time qualifying for the state tourney. 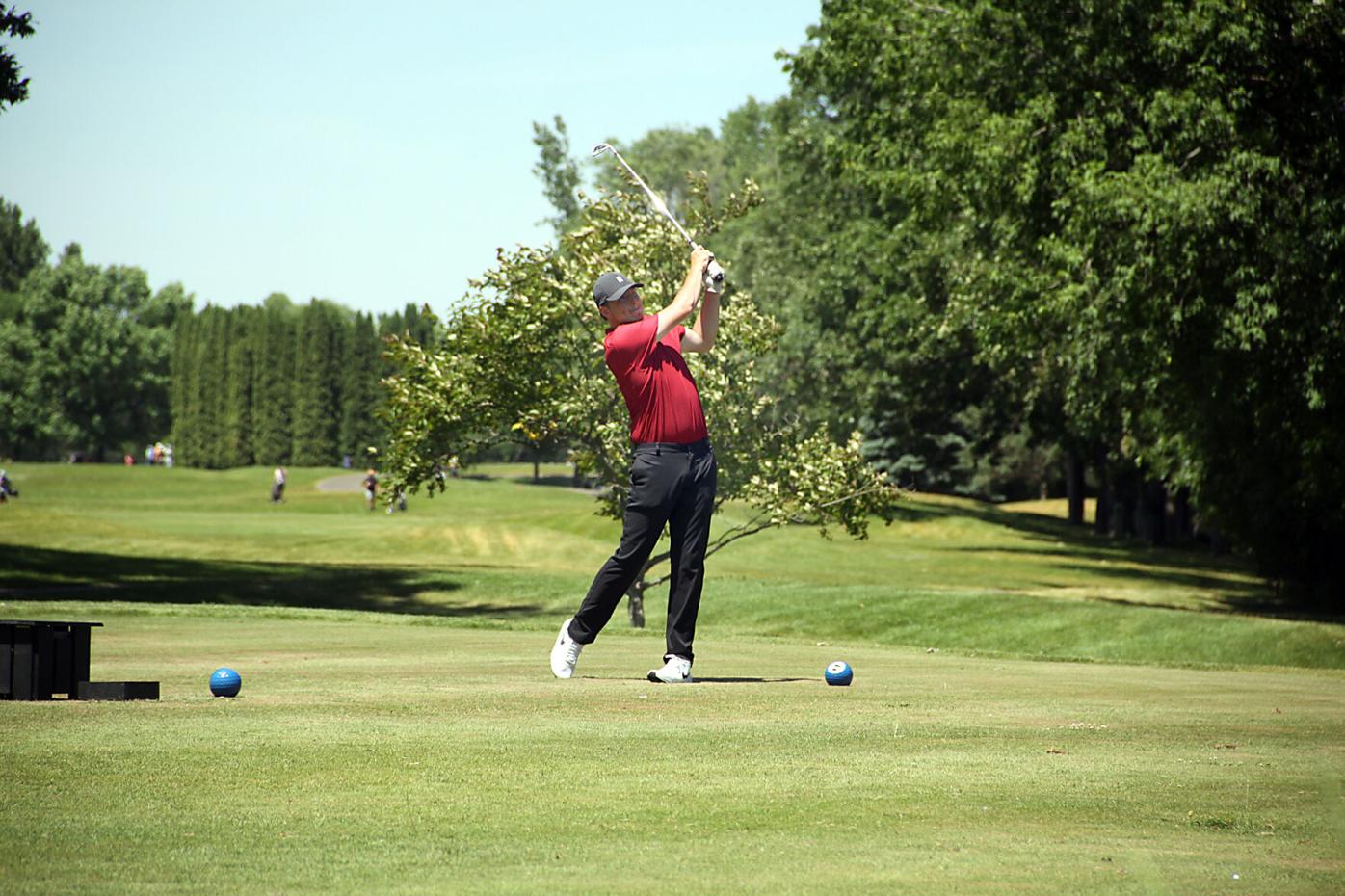 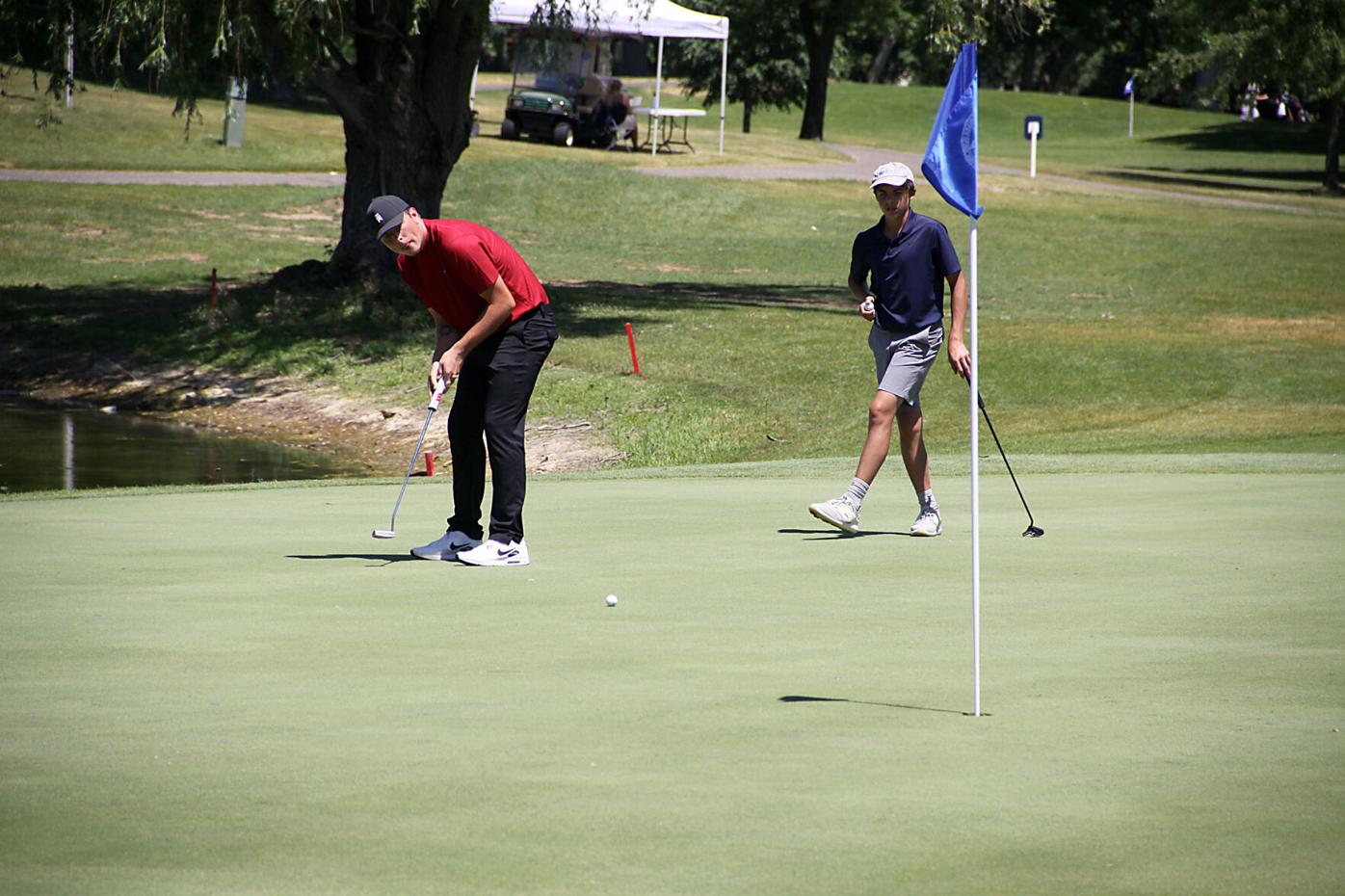 Mille Lacs’ ace - Isle graduating senior Teagen Haggberg represented the Mille Lacs Raiders in the Class A State Tournament at Becker last week. It was his third time qualifying for the state tourney.

Although Isle and Onamia High Schools have been paired in boys and girls golf as the Mille Lacs Raiders for almost a decade, the two schools were unable to field a complete team of girls or boys this season.

There were no girl golfers of varsity quality this spring, and with just two boys deemed varsity-ready, the Raiders were simply playing for individual honors in every meet throughout the season.

One gifted athlete, Isle senior Teagen Haggberg, represented Mille Lacs in fine fashion on the links the past two months. His scoring average in the Great River Conference earned him GRC MVP of 2021.

A week later, he found himself qualifying for the state tournament for the third time in his career, winding up fifth among the over 50 golfers in Section 7A.

Haggberg was among the 40 individual boys and the 48 team players who teed it up at the state Class A Golf Tournament on June 15 and 16 at Pebble Creek Golf Course in Becker.

“I consider myself a pretty good short game player, but the greens here were so fast that I found it hard to get up and down,” Haggberg said following round one.

On day two, Haggberg was just two over par after the first six holes and posted a fine 39 on the front nine, but ran into some difficulty on the back to finish his second round with an 85. His combined score of 169 placed him in a tie for 35th place overall among the 88 golfers in the tourney.

Speaking about his star player, Raiders coach Travis Turgeon said, “I was very pleased with Teagen’s play at the state tournament this year. He posted his two best state tournament rounds of his career and, in this tournament, he didn’t let the pressure of a bad shot get to him. He finished his high school career with a great state tournament showing.”

Haggberg said he had a few goals set for himself coming into the season: He wanted to do well in conference play and hoped to qualify for the state tournament again, especially after having last years big event canceled because of the pandemic issues. He wound up meeting both goals and closed out one of the more successful golf seasons of any area high school golfer.

Asked how he prepared for this years season, Haggberg said he took advantage of a good deal offered teens at Becker Golf Course. “I played that course almost every week last summer, and I think that helped me with my game.”

He also said he has taken a few lessons recently from several local golf greats, Harley Exsted and his son, Grant. And he occasionally played rounds with his father, who is a good golfer in his own right.

Asked where and how he got his start in golf, Haggberg credits his great-grandmother, Marilyn Exsted for first introducing him to the sport. “She is the one who got me going, taking me out on the course when I was young and teaching me the basics,” said Haggberg.”She gets most of the credit for any success I’ve had in golf so far.”