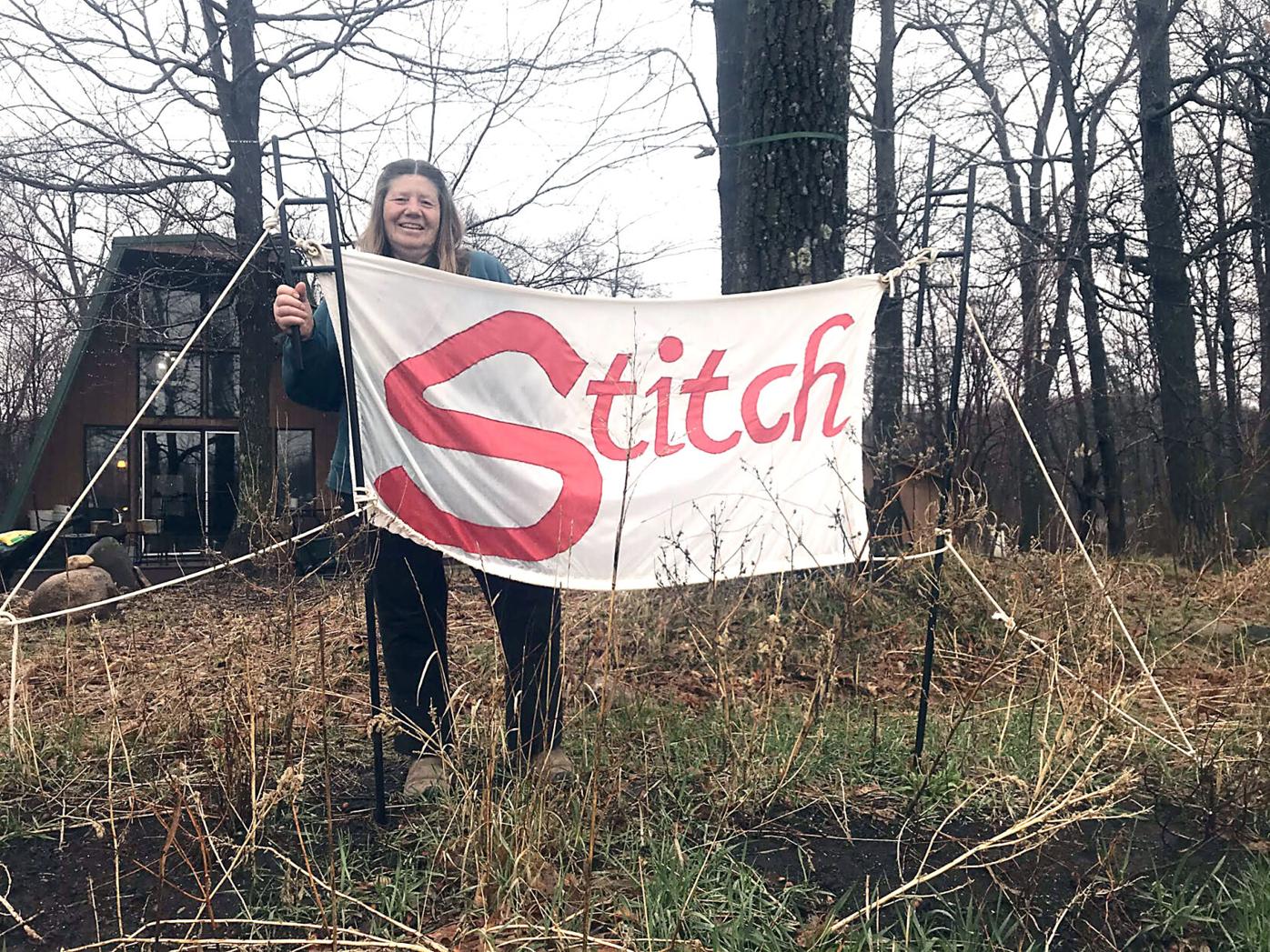 Art turned business - sitting atop her property’s roadside hill, Susan Helms has a sign brightly emblazoned with the name of her new sewing, quilting and crafting brand: Stitch. 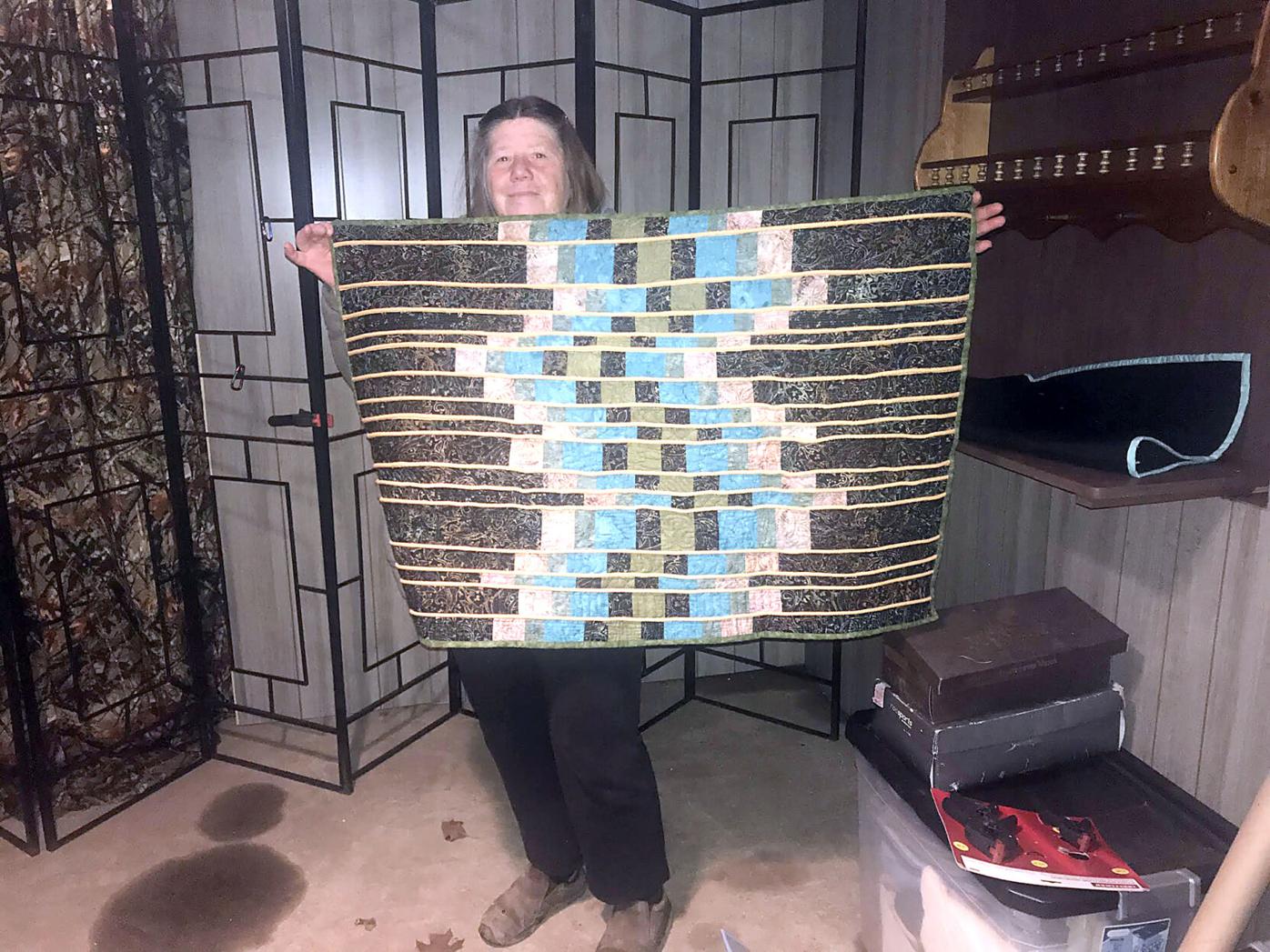 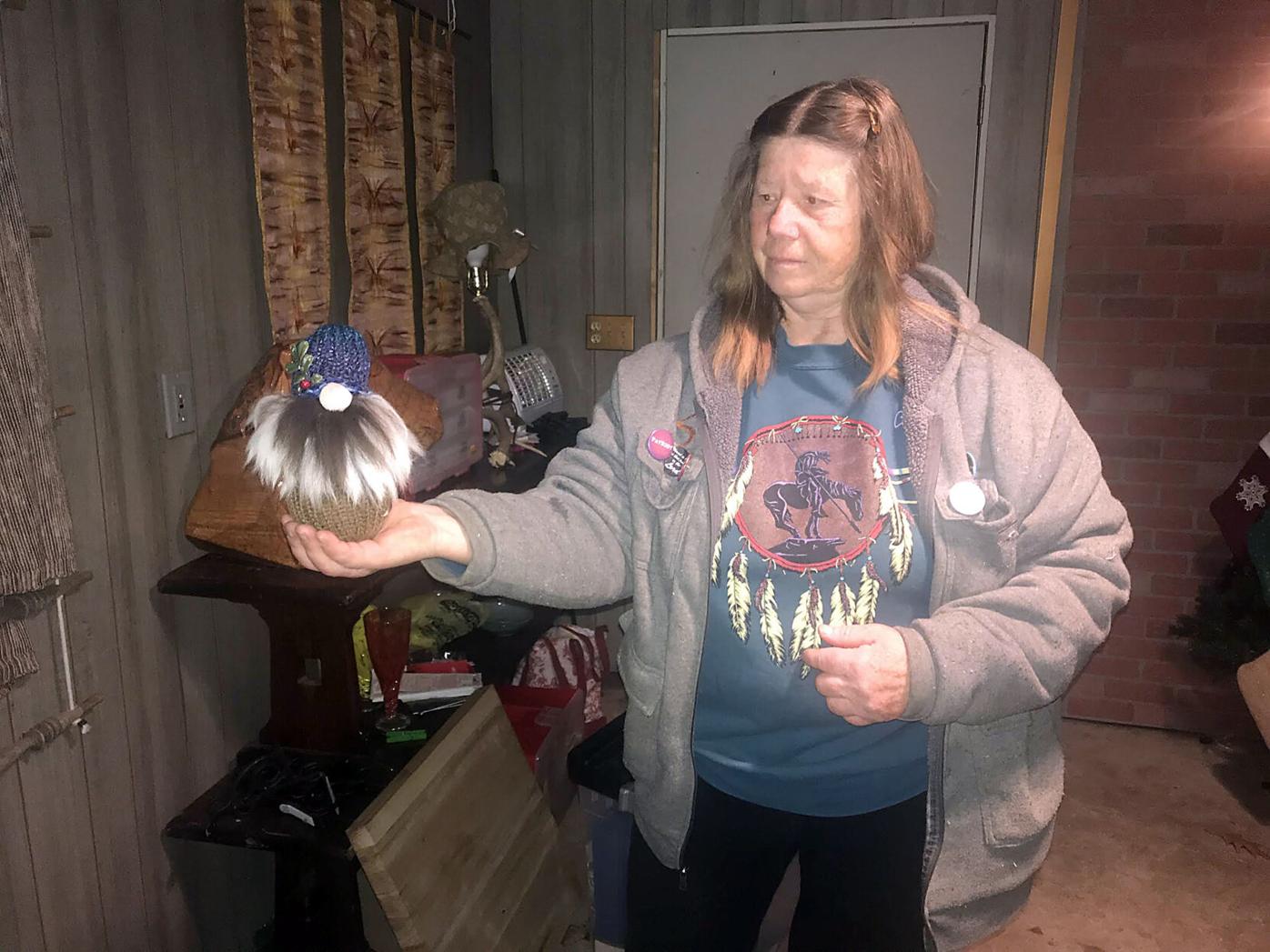 In addition to her other projects, Helms also works on a variety of crafts, including make gnome dolls 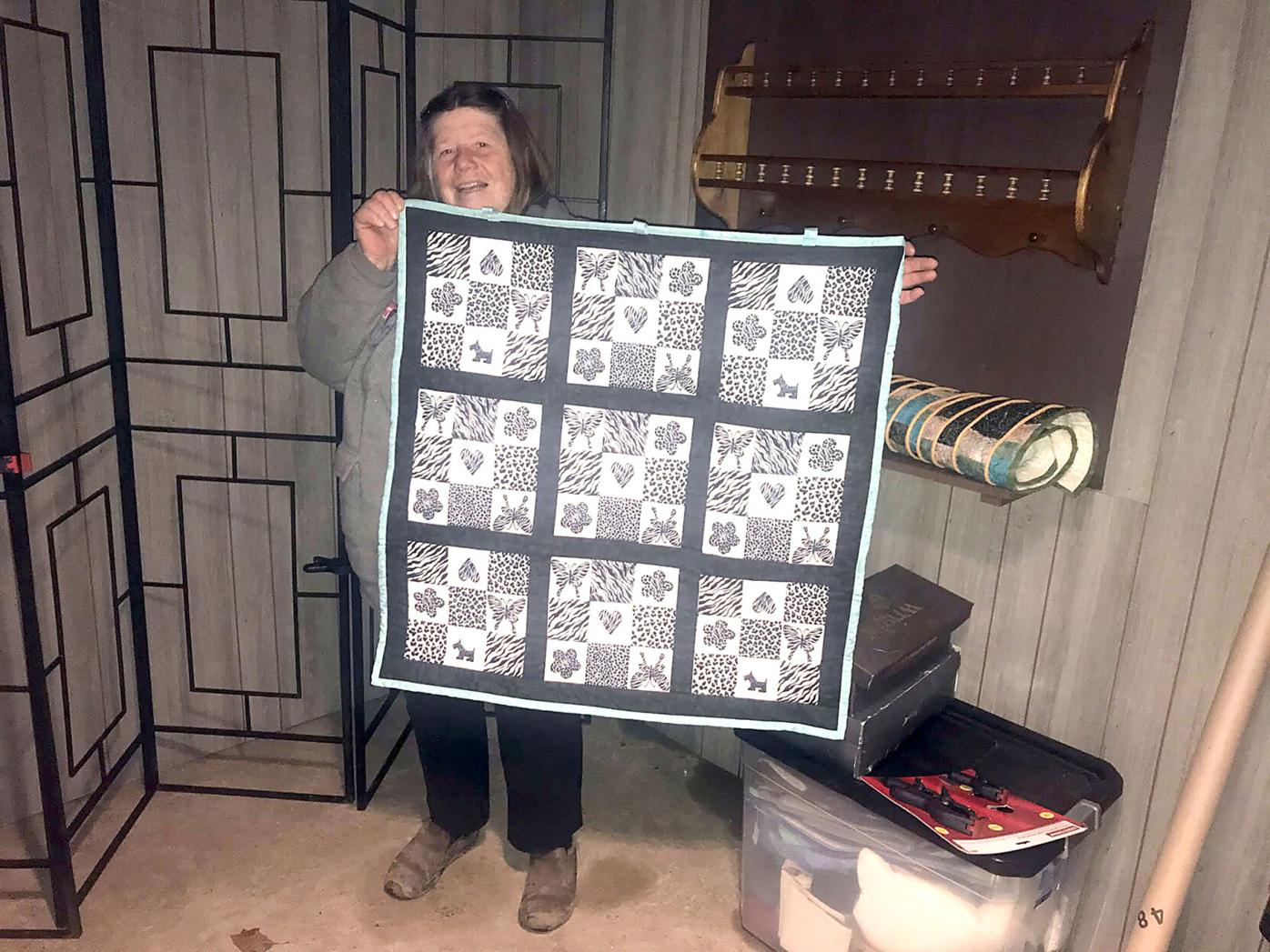 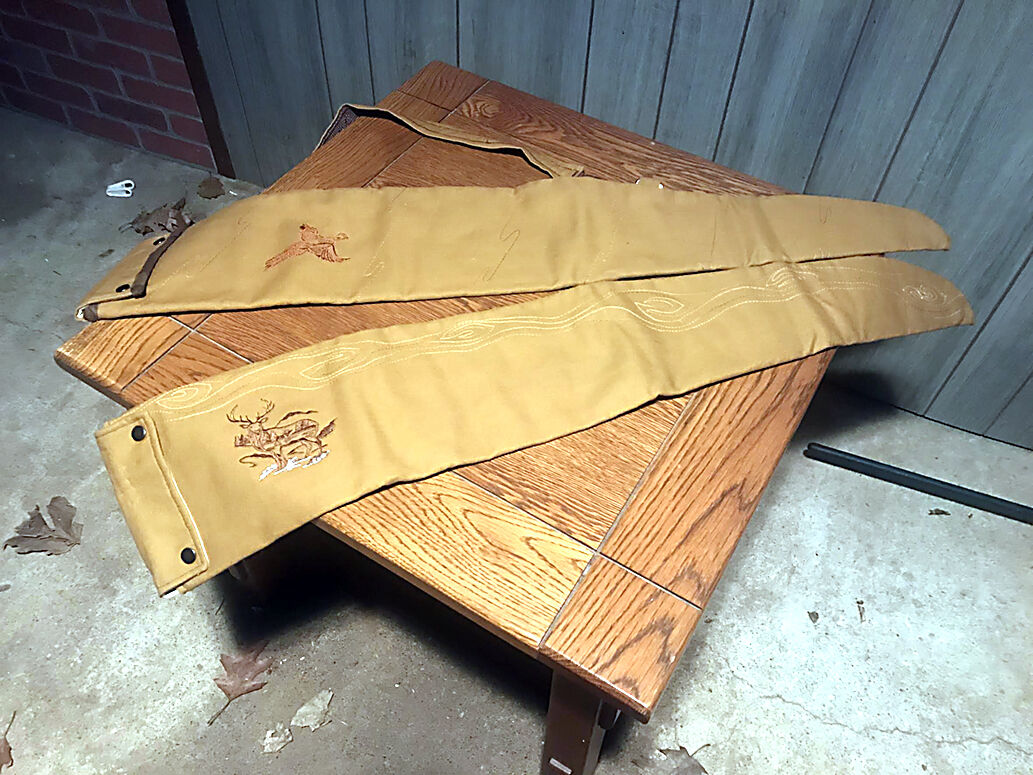 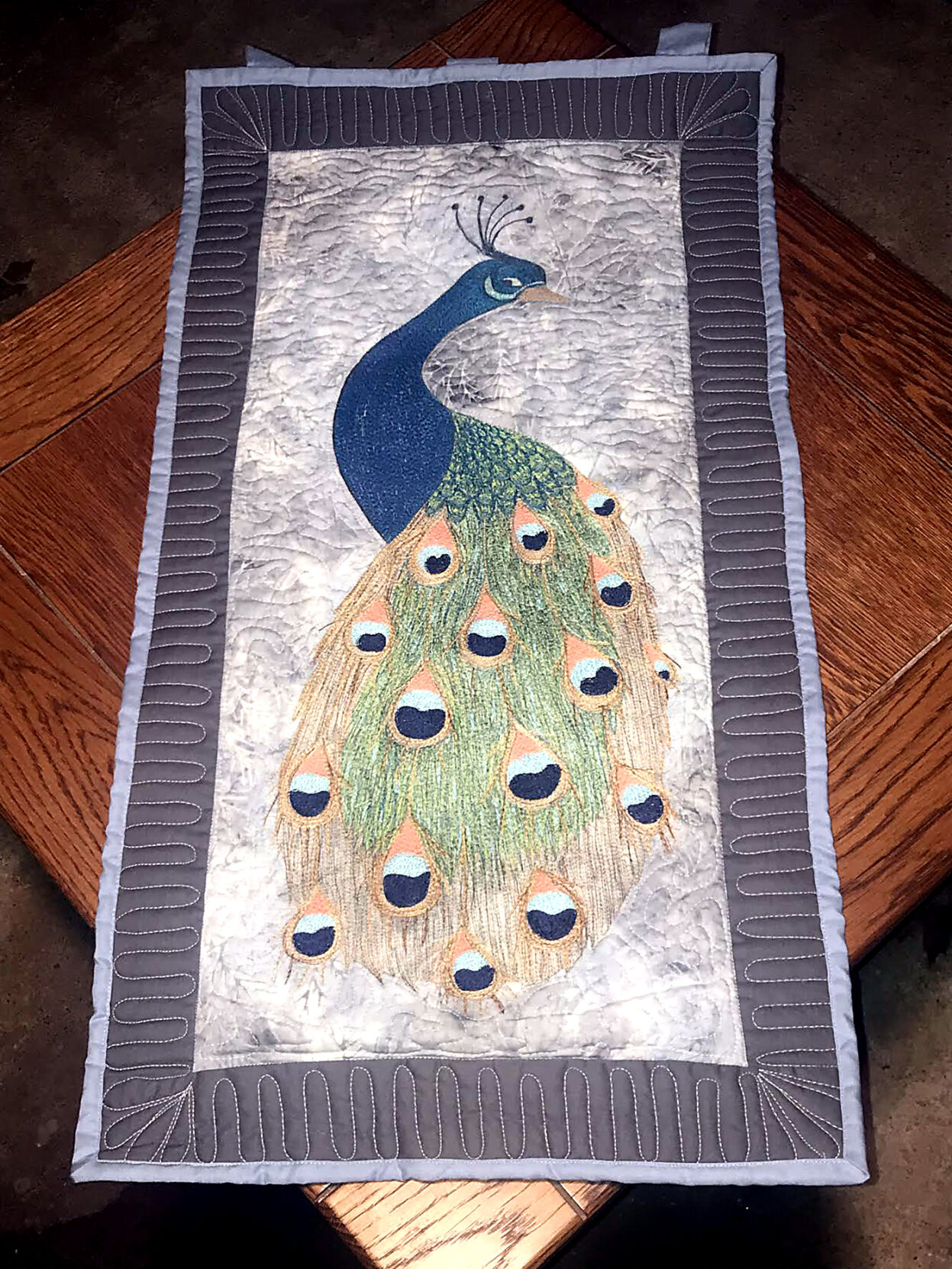 Another technique that Susan Helms practices is thread painting, which she used to create the peacock design.

Art turned business - sitting atop her property’s roadside hill, Susan Helms has a sign brightly emblazoned with the name of her new sewing, quilting and crafting brand: Stitch.

In addition to her other projects, Helms also works on a variety of crafts, including make gnome dolls

Another technique that Susan Helms practices is thread painting, which she used to create the peacock design.

Those traveling along Hwy. 26, south of Garrison, may have noticed a banner, positioned atop a hill, bearing the name Stitch. Stitch is a new local business, belonging to Susan Helms, and since August of last year, she’s been offering a wide variety of services at her Garrison home, including quilting, sewing, assorted crafts, and blade-sharpening. Defining the work she does, Helms said she’s a “seamstress, artist, and one-of-a-kind.”

Originally, Helms started sewing while working for the company Aspen Ski Wear, based in Colorado. Later, she put these sewing skills to use for the company AERCO, based in Albuquerque, N.M., where she sewed hot air balloons and government-issued parachutes, and other government contract work. She started her first business, Quilt Caboose, in Colorado, as a way to put these practical sewing skills to use. However, she had found that name had ended up narrowing people’s perception of the sorts of projects she does. “Some thought I made quilts only,” Helms said, “but that’s not all I do.”

For a while, Helms lived in West Concord, and she brought Quit Caboose with her. Since moving to Garrison last year, she has rebranded to Stitch, to capture the larger spectrum of sewing projects she works on. While her work does include quilts, she also does embroidery work and will repair and alter other people’s clothing items. She has recently hemmed a local girl’s prom dress to make it fit better. She also does commissioned work if people have requests in mind. “I’m very flexible and open about the sort of work I do,” she said.

Helms also knits and has made a variety of items including hats, scarves, and stolls. These items are made of 100% wool or alpaca, never acrylic fiber. She has also made rifle cases. She emphasized that her pieces are often “one of a kind,” and she’ll rarely do the same design twice. She added that her work is an equal mix of “some functional, some art.” She does occasional craft work, including sewn gnome dolls.

Button-making has been a recent undertaking for Stitch, Helms said. She wanted to expand into something fun and something that was appropriate for kids to do while she was out at local shows and events. She cited the Garrison Winter Festival as one recent event where she had set up her display. “What I allow kids to do,” she explained, “is decorate and make their own buttons and see the process.” She can also produce buttons to promote events, sports teams and businesses.

Since moving to Garrison, Helms has also begun offering blade-sharpening as part of her business. She first picked up the skill on a grinding wheel to keep her sewing shears sharp. She had around 15 pairs of shears, and outsourcing the process had led to long waits. So she decided to learn to do it herself. Asking around at the local bait shops, she had been informed that there was a need for the service locally. Living up in lake country, she said, people have many uses keeping sharp utensils, whether it was an anglers’ filleting knife, a hunting knife or farmer’s tools. Helms is able to sharpen chisels, axes, chainsaw blades, shears, ice augers, anything with a blade.

Helms has been a certified art teacher for many years, and she would like to offer classes and workshops in the near future. “I love working with kids,” she said, “and I love giving them stuff to do, working with their hands, and not playing with electronics.” In the past, she has done lessons in calligraphy and illumination, as well as drawing and painting. These classes have been offered at local libraries and parks and through events like the Winter Festival. She has also done these classes as part of birthday celebrations. She plans to keep attending local events and expanding her offerings as soon as it is possible, hopefully by this summer. Helms is a member of the Garrison Commercial Club, and she plans to collaborate with the club for future opportunities. The prospect of her doing something for kids at Garrison Play Days has already been discussed.

She also plans to offer some events at her property south of Garrison, including classes and artists walks. Part of her aim, she explained, was to offer new variety to the activities available locally. “People who live in the area are probably looking for something to do,” she said, “something new and innovative … I love fishing, but I’m sure some families don’t want to go fishing every day.”

“I like what I do,” Helms said. “So long as I’m able to help to provide services and create artworks and do what I love.” Stitch brings a great deal of variety to the Garrison community, and Helms has her sights set on stitching a place for herself into that community.

Those interested in getting hold of Susan Helms about her work through Stitch can call her at (320) 212-1617 or send her an email at sh4equus@gmail.com. She recommends that those who want to come and drop anything off call in advance.