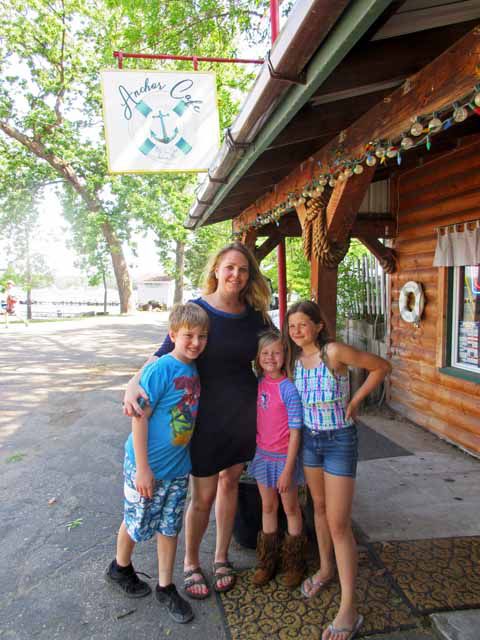 Ben Lapinski’s son Brayden stands with his aunt Angie outside Anchor Cafe, with his sister Lexi, and Isabelle Appl on her right. 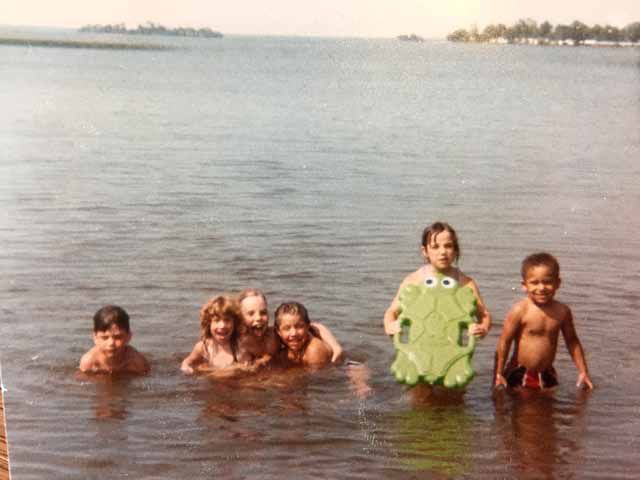 Ben Lapinski’s son Brayden stands with his aunt Angie outside Anchor Cafe, with his sister Lexi, and Isabelle Appl on her right.

For many locals and frequenters of Wahkon, the name Walleye Dundee’s should be familiar. However, though the resort and cafe no longer operate under that name, the locale remains in business. Under the new ownership of siblings Angie and Ben Lapinski, the re-branded Anchor Cafe and Beachside Resort continue to provide valuable service to the Mille Lacs Lake area.

The Lapinski family have been long time residents of the area. According to Angie, the family moved to Isle about 35 years ago, buying the local drug store when she was five years old. The decision to buy the resort came from Angie’s brother Ben, who was eating at the location one day when he noticed a table mat declaring it for sale. After giving it some consideration, he called Angie, then living in Forest Lake, and asked her if she would be interested in running the cafe.

Ben’s offer lined up with Angie being in a transitional period. “He asked me, and I prayed about it,” Angie explained. “I had peace because I had been wanting to come home, but I didn’t know what I could do for work. This sounded like a neat opportunity to try.”

Ben bought the resort in July of last year, and Angie opened up Anchor Cafe during Wahkon Days. As for the challenges the two have faced starting a business, Angie opened the restaurant in August, right as the peak season was ending. “The winter was tough,” Angie said. “But I’ve learned a lot this year.” Angie was happy with the progress she and Ben had made in this new industry for them, saying that they were optimistic.

Ben explained that the community had been a big help. “The city of Wahkon has been very pro-business trying to help us do things we need to do to be successful,” he said. Angie cited a number of locals who frequent the cafe, whose presence she compared to a sober version of the show “Cheers.” Angie and Ben are also on good terms with the resort’s former owner, Sandy Reichel, who occasionally comes in to help out on busier weekends. In an odd twist of fate, Reichel now works for the drug store that the Lapinski family used to own. In some ways, the relationship between the two has been an exchange of places.

Reichel gave the Lapinski’s several of Walleye Dundee’s old recipes, including the Tackle Box loaded hash browns and the Swedish pancakes with lingonberries, the latter of which has been passed down from several previous owners. In addition, the Lapinskis have added several of their own creations to the menu, such as the wild omelet, a dish which incorporates wild rice to add local flare.

“This resort and the next resort are the only two left in Wahkon,” Ben said. “There used to be a ton of ‘em, so we’re kind of two of the last standing resorts in this town, unfortunately. But we are taking pride in it.” Angie further added, “I want this to be a place where people feel comfortable and welcome, and peaceful. With the situation overlooking this most beautiful lake, it’s awesome. This location is fantastic. We are hopeful, if nothing else.”