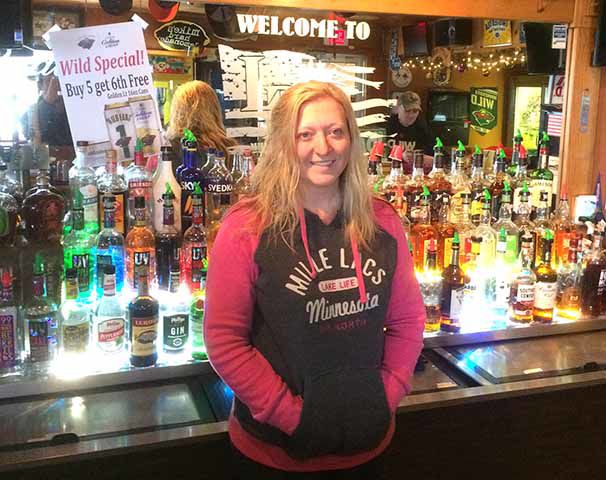 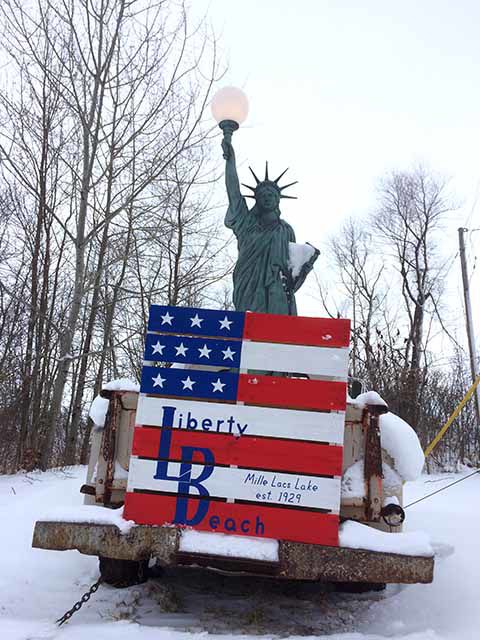 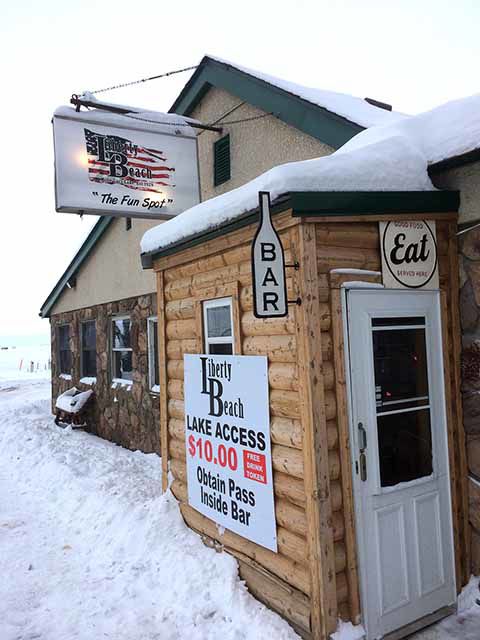 Kristin Rubin said she thinks of her customers much like she did her patients when she was a nurse at the Mayo Clinic.

“I take care of my customers, and I enjoy it,” Rubin said, standing behind the bar at Liberty Beach.

Rubin purchased Liberty Beach in August and had it open for business come mid-September.

Open seven days a week, Liberty Beach boasts a full bar and kitchen, both of which are open until 1 a.m.

As little as six months ago, Rubin said she didn’t have any realistic intention of buying a bar or restaurant, but when she saw

Liberty Beach for sale, the view of the lake sold her on the idea immediately.

“Year’s ago we had talked about buying the little town bar where we lived,” Rubin said. But at the time her children were young and it wouldn’t have been the right fit. “But now our kids are old enough and they are able to help out around here.”

Rubin and her husband Tyler live near Knife Lake, but as with most small business owners, most of their time is spent at work.

One of their goals is to restore much of Liberty Beach back to what it was early on.

Rubin had an envelope full of old photos and newspaper clippings that she had gotten from a past owner, and she enjoyed looking at the history of the restaurant which dates back to 1929, according to Rubin.

Since taking ownership Rubin has been hard at work crafting a menu and creating a fun drink list.

Favorite drinks such as the “Liberty Bomb” and numerous local craft beers are available, and happy hour specials are available from 3:30 to 5:30 p.m.

Currently they serve breakfast on the weekends, something that many ice anglers have enjoyed, Rubin said.

“All of our food is fresh,” Rubin continued, “our meat is never frozen.”

A few past owners have added some tidbits to the menu, including a signature fried chicken dish – a recipe borrowed from Dickie Gadbois – and The Beach Burger, something that had been on the menu years ago, Rubin said.

To make sure the place lives up to its nickname, Rubin said she has entertainment at the bar every weekend, including karaoke, “Bargo,” and DJs.

During winter, Liberty Beach is open daily until 1 a.m. Additional hours of operation can be found on their Facebook page or by giving them a call at (320) 676-1929.