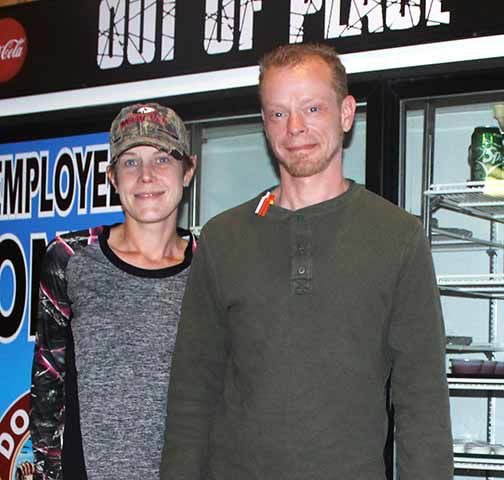 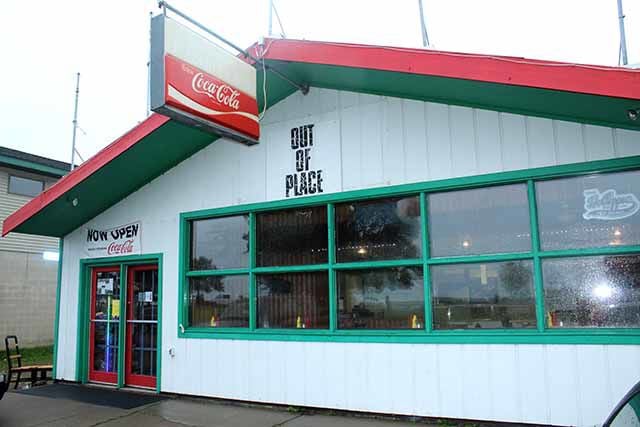 Running parallel to Hwy. 169, the menagerie of businesses that line Garrison’s Madison Street are the front facing representatives of its lakeside community. Now a new member has joined their ranks. Owned by Sean Hollingsworth and his partner, Jennifer Stiernagle, the restaurant Out of Place is located at the former site of Diamond Dave’s, near where Monroe Street connects Madison to Hwy. 18. With their menu of burgers, sandwiches and pizza, Hollingsworth and Stiernagle aim to offer a family eatery experience for all ages.

Hollingsworth said he and Stiernagle had closed on the building around the first week of September. It was the pair’s first venture at owning a business, Hollingsworth said. Stiernagle added that both had around 20 years experience working in the service industry and would be using that experience to offer their customers fresh, quality food along with good service. “We are going to provide that and then some,” she said.

“We don’t plan on changing much of anything [about the building] right now,” Hollingsworth said. “We just trying to get it up and running and get customers coming. It’s been closed for three years.”

As for the sort of restaurant experience patrons could expect at Out of Place, Hollingsworth described it a “casual, ma and pop shop” with pizza, sandwiches, burgers, deserts. Stiernagle emphasized that it was an all ages establishment, and the menu had been designed with both seniors and kids in mind. “It’s a relaxing atmosphere,” she added.

Stiernagle pointed to a number of unique items the menu offers. There is a smokey gouda chicken pizza, spaghetti and large cinnamon rolls. As a weekend special, Hollingsworth said they will also offer a breakfast pizza, and there is a possibility for more daily specials in the future.

Where their pizzas are concerned, Stiernagle said they will offer both take-and-bakes and to-gos. During the winter, they were also considering offering a delivery site for fishermen to come in off the lake. If such delivery options saw success, they’d expand them in the future. Along with delivery, Stiernagle said another future goal is to offer alcoholic beverages.

Explaining the name, Hollingsworth said he and Stiernagle had been collaborating on a name. “I suggested ‘The Place,’ and she replied, ‘Well, we are always out of place.’” Stiernagle said she felt name was creative, and she hoped it would provide customers to come in and make the place their own. Though the restaurant may be Out of Place, it’s now found its place among the Garrison storefronts.