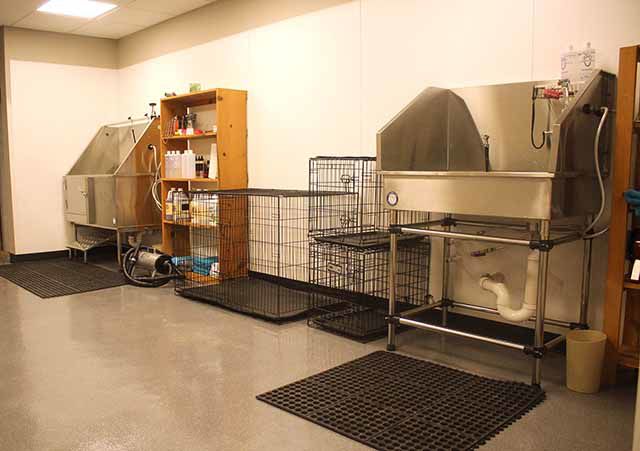 At her new location, Creech has added self-serve dog washing stations, available with a nail trimming for $25. 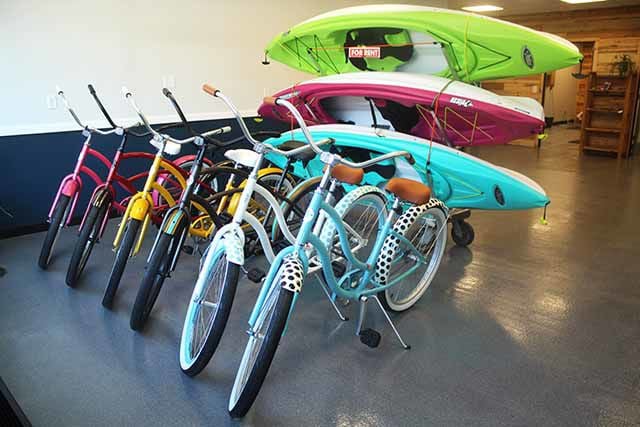 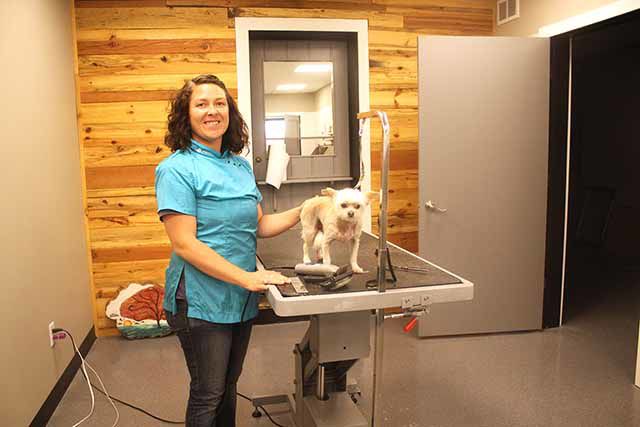 At her new location, Creech has added self-serve dog washing stations, available with a nail trimming for $25.

When it comes to getting your pet groomed, Naomi Creech has been a local option for the past three years. While Creech’s business has already been operating for several years, however, newcomers and regulars alike will now be finding Creech at a new location. As of early July, Creech has opened the doors of a new shop on Isle Main Street. In addition to an expansion of Creech’s pet care operation, this storefront will serve dual purposes, offering Isle some summer fun in the form of kayak and bike rental.

Creech is originally from Phoenix, Ariz. While in Phoenix, she had also worked for three years as a personal assistant and three years as a groomer through a veterinarian’s office. Over the past 10 to 15 years, she has been involved in various projects through her mother’s company, McGarry’s Construction Clean-up. It was this work that brought her to Duluth in 2013, where she lived for three years. While in Duluth, she met her boyfriend, which was what drew her to Isle in 2016.

Naomi’s history with pet grooming extends beyond her time in Isle; she has been doing it for 22 years. She first got her start at age 11, she explained, as a family friend owned a pet grooming shop. This friend brought her to her shop on Saturdays, teaching her how to trim nails and check clients in and out. “That was when I started,” she said, “but I didn’t pick up clippers for like two years.”

Creech added that she deeply enjoyed the work of grooming and the personal relationships it let her build with her clients. “Their dogs are their family, their best little buddies,” she said. “So I just enjoy touching people’s lives and taking good care of their dogs.” Though some dogs were difficult, she added, she would rather work with difficult dogs than have them sent somewhere where they wouldn’t be taken care of. “It’s instant gratification watching a dirty, old, stinky, hairy dog come in and then leave sparkling.”

Creech bought the new location a year ago, and she has spent some time since renovating it. This work has included updates to the electrical systems, installation of a furnace, air conditioner and air exchanger. Her work has been funded with a grant through the Minnesota Central Housing Partnership.

Creech didn’t feel there had been many setbacks in the work she was doing. “Every day’s a new day,” she said “... and God’s been pretty good to me.”

The inspiration for Naomi’s Bike and Paddle Rental, also housed in the building, had come from several good friends Creech had locally. “We were just talking about different ideas,” Creech explained, “and what the town needs and might thrive with. We love riding bikes and kayaking around the shoreline, so we thought that other people might make some good memories and have fun doing what we love to do.” Currently bikes and kayaks are available for $25 a day, and the stand up paddle board is $40.

In addition to a whole new business, the new shop has also provided an expansion to Creech’s pet grooming service. The back room of the store is a self serve dog wash. The dog wash, including a nail trim, is $25 and available whenever the store is open. This room has stations to wash two dogs at a time as well as cages for keeping multiple dogs on hand. During the day, she will also offer “doggy daycare” though she noted she currently was not zoned to keep dogs overnight.

Creech also credited the work of Katie Krekelberg, who assists in washing the dogs and brushing them out. Krekelberg is also able to help with any dog that might need to be held.

In the future, Creech has considered adding dog training to the services she offered though this was tentative on the availability of area trainers. As for the recreational half of the business, she is also looking to add rentable yard games, such as bocce ball and bean bag toss. Another rentable item under consideration is waterproof speakers to take with while kayaking on the lake.

Naomi’s Pet Grooming and Naomi’s Boat and Paddle Rental are both open Monday through Friday, and Saturdays by appointment. Whether it’s a pet that needs grooming or a kayak that needs renting, Naomi’s business can be reached at (602) 677-5262. The store’s address 245 West Main Street in Isle. Naomi’s Pet Grooming is on Facebook (@Naomisgrooming) with a full list of Creech’s grooming services, and a page for the Bike and Paddle Rental is currently in the works.