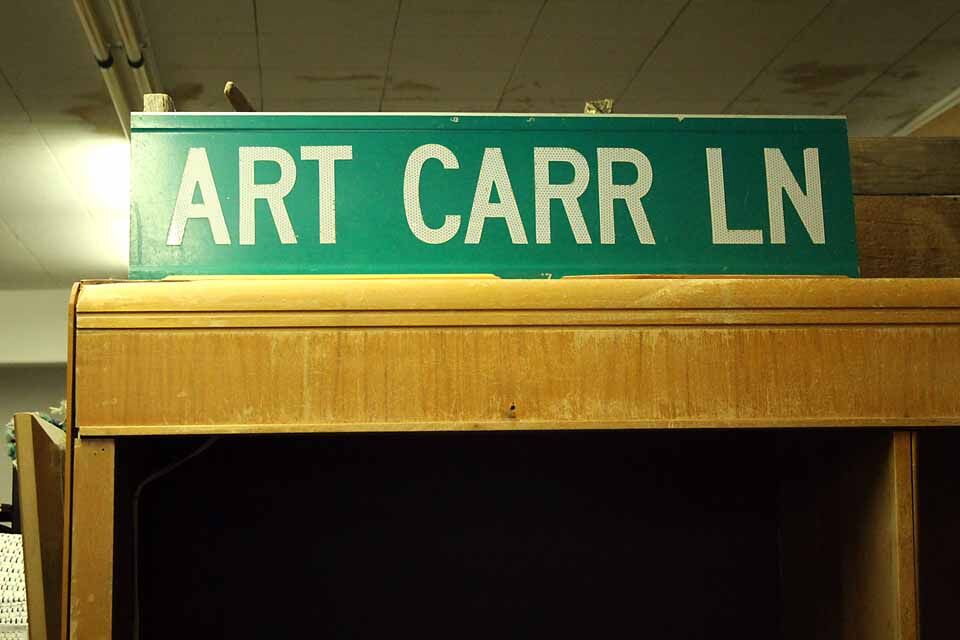 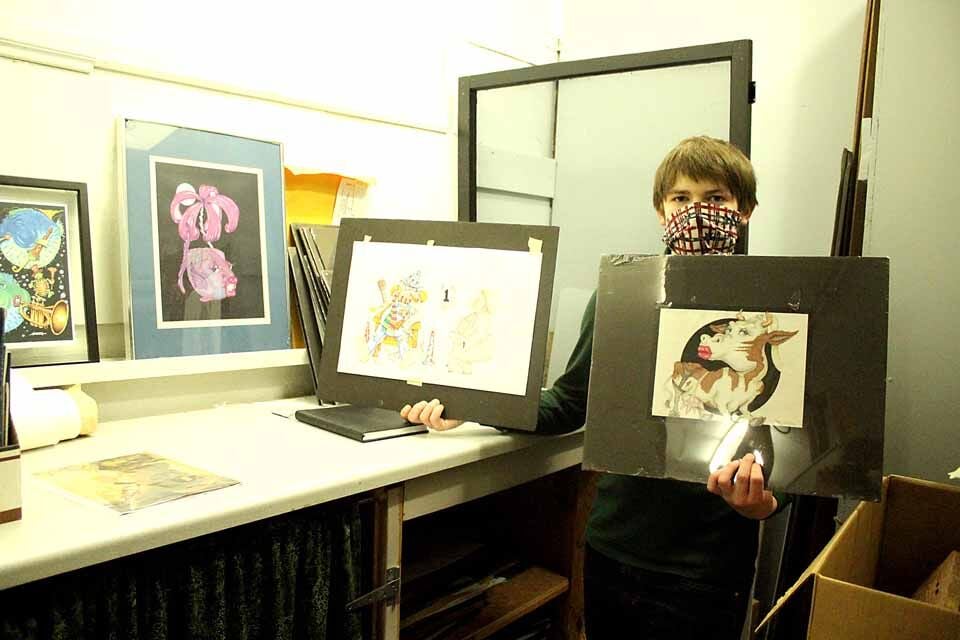 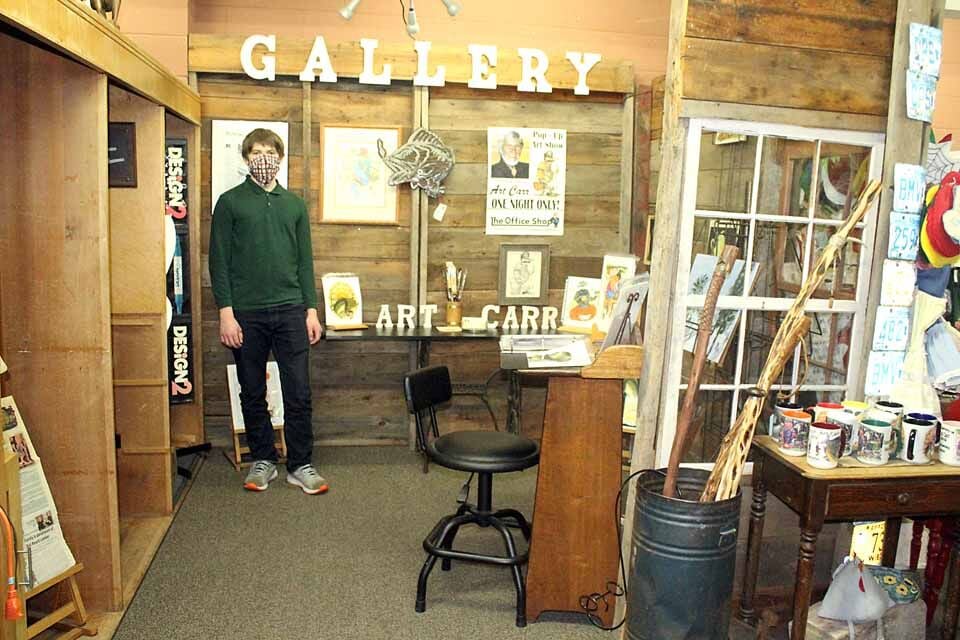 Elias Beamish stands beside the new Art Carr gallery that he’s had a hand in helping assemble at the Someday Isle Store. Proceeds generated by the Art Carr prints sold at Someday Isle will go towards work opportunities like those undertaken by Beamish and towards other local scholarships and funds.

Elias Beamish stands beside the new Art Carr gallery that he’s had a hand in helping assemble at the Someday Isle Store. Proceeds generated by the Art Carr prints sold at Someday Isle will go towards work opportunities like those undertaken by Beamish and towards other local scholarships and funds.

The Mille Lacs area lost a colorful personality and font of talent with the unexpected passing of artist Art Carr in March 2019. Now, the Someday Isle Store has started a new effort to commemorate Carr’s legacy. A space on the store floor has been dedicated to featuring purchasable prints of Carr’s work. Store owner Angie Moen aims for the proceeds of this new display to fund local youth opportunities.

“The artists who are the most prolific are the artists who become famous,” Moen said. “And Art was utterly prolific.” Reflecting on Carr’s process, Moen described it as being conducive to making affordable art. Carr worked in traditional mediums, taking pencil sketches and inking and coloring them to make his print. Moen referred to Carr’s later years, when health issues lead to the artist changing, manipulating and remixing his own work. “For eight years, he wasn’t painting pictures,” she said, “but he was composing and collaging his work.”

After Carr’s passing, Someday Isle had retained an existing inventory of Carr’s work. In addition, an old friend of Carr’s has provided the store with an additional collection of Carr’s work he had inherited.

Using this stock of Art Carr’s original work, Someday Isle has now begun reproducing prints from this collection. These prints can be found in a dedicated gallery space at the back end of the store’s floor, designated with a sign: “ART CARR LN.”

In the future, Moen explained, the store as a non-profit organization, will track money earned through print sales and direct it to other local funds and scholarships for youth art. “The goal is that any profits from this go to youth-related art activity,” Moen said.

“The point is also to have Art Carr’s name attached to whatever we do,” Moen added. She listed Art Carr alongside Alvin Mohler and Steve Premo as artists significant to the history and culture of the local area. Through their current work, Someday Isle hopes to continue to promote Art Carr’s legacy. “We don’t want him to go away,” Moen concluded, “because he hasn’t gone away.”

How do you feel about part human, part monkey embryos created for organ production?

According to npr.org/MPR News, scientists have created early embryos that are part human and part monkey for organ production.