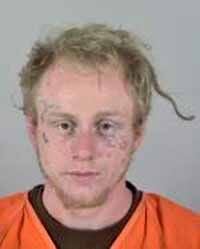 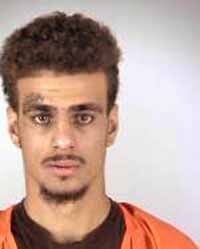 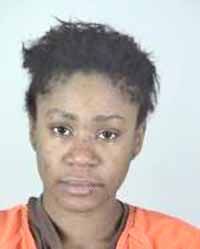 On or about Sunday, Oct. 18, law enforcement was made aware of a vehicle robbery that had occurred at the Rum River rest area along Hwy. 169. The victim, whose gray Chevrolet S-10 was stolen, had been known by law enforcement to be living out of the S-10 at the rest area for several months. An officer pursued the S-10 and observed it take an exit ramp at high speeds, ending up in the ditch. Jonathan Robert Lindgren, 22, of St. Paul; Keanu James Feuerstein, 25, of Red Wing; and Georgia Antoinette Jones, 21, of Minneapolis were all arrested at the scene of the crash.

Arriving at the Rum River rest stop, an investigator observed the S-10’s owner and two witnesses to the robbery. The owner stated he had spent the previous night at the rest stop. He woke up at 8 a.m. and observed a Trailblazer and its two male passengers.

At 10 a.m., the owner stated that one passenger, later identified as Lindgren, approached him, asking him to help jump-start the Trailblazer. The owner drove the S-10 over, and one of the Trailblazer passengers asked to use his cellphone to make a call. While he was hooking up the jumper cables, he stated he was struck multiple times by Lindgren in the face. He said that Feuerstein had been nearby but did not strike him. Lindgren, Feuerstein, and Jones got in the S-10 and drove off.

The witnesses stated they came out of the restrooms to find the S-10’s owner lying in the parking lot. They went over and called 911, according to the report.

A Mille Lacs County sheriff’s deputy was en route to the scene when he observed the Chevrolet S-10 traveling southbound on Hwy. 169. He then turned to pursue the vehicle. He observed it traveling at a high-rate of speed on the exit ramp onto Hwy. 23, near Milaca. The vehicle then went off the right side of the road, drove over a traffic sign, proceeded, out of control, over the center median, and took out several more traffic signs before coming to a stop 80 yards into the west ditch of the southbound Hwy. 169 ramp.

Speaking with the officer, the man later identified as Lindgren confirmed that he had asked the owner of the Chevrolet for assistance with the Trailblazer. While the man brought over his Chevrolet, Lindgren and Feuerstein agreed to take it. When the other vehicle came to a stop, the three ran over to it. Lindgren indicated he had bumped into the owner but never intentionally struck him. He admitted to seeing the squad car, which led to him speeding away and causing the crash.

Jones stated that she had been woken up and told to run to the Chevy S-10. When they took it, she agreed that she knew they were stealing it.

While waiting for medical attention, Feuerstein admitted to agreeing to steal the vehicle with Lindgren, but said he had not physically touched the owner. A further conversation with the deputy revealed Feuerstein had stolen the 2003 Chevy Trailblazer in which the three had originally come to the rest stop. The vehicle had been stolen from 210 Auto Sales in Brainerd, and the lot owner confirmed it was missing from his inventory. The three knew it was stolen.

In addition to his stolen vehicle, the S-10’s owner said his cellphone was never returned, and it was not found when the vehicle was searched at the exit ramp ditch.