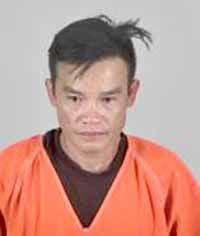 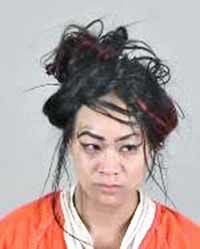 Two St. Paul residents have been charged in connection with a Sept. 19 drug bust in Mille Lacs County consisting of over 283 grams of methamphetamine.

John Xiong, 29, and Nancy Bui, 28, are both charged with one count of a gross misdemeanor fifth-degree possession of schedule 1,2,3, or 4 drugs.

Xiong has additionally been charged with one count of felony first degree drug possession of 50 grams or more.

According to the criminal complaint, Mille Lacs Tribal Investigators were advised by the Bureau of Indian Affairs Division of the DEA (Drug Enforcement Administration) that a large shipment of methamphetamine was going to be trafficked through the county the night of Sept. 19.

Tribal officers were advised that the methamphetamine would be traveling in a white Chevrolet Tahoe driven by an adult Asian male.

The vehicle in question was located by Tribal officers at a residence on Migizi Drive in Mille Lacs County, and officers observed an Asian male get into the driver’s seat along with three passengers.

The vehicle traveled to Mille Lacs Grand Casino, and while all four occupants were inside, a K9 officer conducted a dog sniff on the exterior of the vehicle. The dog twice alerted to the presence of narcotics near the rear of the vehicle.

Officers later observed an Asian male and a single female passenger return, enter the vehicle and drive away.

Officers conducted a traffic stop northbound on Hwy. 169 in Mille Lacs County. The driver was identified as Xiong, and the passenger identified herself as Bui.

Bui was placed under arrest because she had two warrants out of Wright and Hennepin counties.

During a search of the vehicle, officers found a box containing several glass pipes which had white residue in them, a backpack near the rear of the vehicle which contained driver’s license paperwork for Xiong, and several small bags which later tested positive for methamphetamine.

The total weight of the methamphetamine was 283.5 grams.

The gross misdemeanor fifth-degree drug charge has a maximum jail sentence of one year and/or a $3,000 fine.