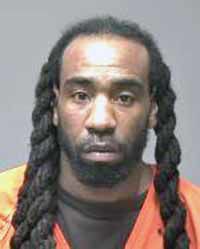 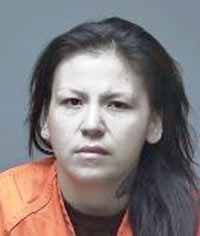 On May 6, the Mille Lacs Tribal Police Department executed a search warrant at an address on Woodland Road in Onamia on reports of a known trafficker of controlled substances. A number of individuals acknowledged both sale and use of heroin at the property. Arrests included Karri Lynn Kegg, 30, of Onamia, and Mitchell Capone Hallmon, both for sales of narcotics.

On May 6, Hallmon, a known heroin trafficker, was seen arriving at the Woodland Road address as a passenger in a vehicle driven by a female. The two were seen both entering the residence and later exiting. Two investigators with the Tribal Police Department arrived at the property, observing the two at the rear of a Dodge Charger. Hallmon closed the trunk upon law enforcement’s arrival, and a second female ran into the house.

An investigator detained Hallmon and his female companion while the other went to the residence. Observing that the door was locked, they and another officer made a forced entry.

Inside, the officers observed a woman holding a zipper style purse in the bathroom. The purse contained both a vial of heroin and currency. The woman stated that Kegg sells approximately three grams of heroin every three days and also identified Hallmon as Kegg’s source. The homeowner was located in a bedroom and admitted to accepting heroin to let Hallmon sell it at the property. In another bedroom, two females were located, one of whom acknowledged being a heroin user who buys from Kegg, also identifying Hallmon as Kegg’s source.

Kegg was located in another bedroom she shared with another individual. Drug paraphernalia was located in this bedroom, along with a purse containing $2,594. Officers collected .55 grams of a substance in the room that field-tested positive for heroin.

In a statement, Kegg admitted to selling heroin and identified Hallmon as her sole source. She acknowledged buying 5-10 grams of heroin from Hallmon twice weekly for the past year and identified the pricing structure, according to the complaint. On her person was found 1.93 grams of a substance that field-tested positive for heroin.

In the trunk of the Dodge Charger, officers located 20 grams of a substance that field-tested positive for heroin. On his person, Hallmon had both $441.84 and a small amount of marijuana.

Hallmon refused to provide a statement. The woman with him, identified as his girlfriend, denied knowledge of the heroin sales, according to the complaint.

Kegg has been charged with one felony count of third-degree narcotics sale, which carries a maximum prison sentence of 20 years and/or $250,000.