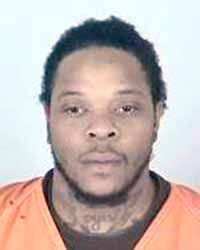 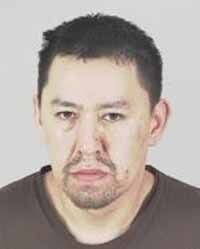 On the morning of Aug. 28, an officer with the Mille Lacs Tribal Police observed a Chevrolet Monte Carlo, driven by Jeremy Jantile Burton, 32, of Minneapolis, with passenger Jared Arthur Gahbow, 35, of Onamia. A high-speed chase resulted in drug and fleeing police charges.

According to the complaint:

When the officer with the Mille Lacs Tribal Police observed the silver Chevrolet Monte Carlo, he ran driver Burton’s name through tribal dispatch and discovered Burton’s driving status was revoked.

As the officer attempted to catch up with the Monte Carlo, the officer observed the vehicle accelerate to a high rate of speed and run a stop sign. The officer then attempted to catch the Monte Carlo, observing it go into the south ditch near the west intersection of Mitigomizh Street and Wagidaaki Drive and eventually returning to the roadway. The pursuit continued at an excess of 90 mph and in the left lane of traffic to Hwy. 169.

At the intersection with Hwy. 169, the vehicle headed south. On Hwy. 169, three additional officers with the Mille Lacs tribal police department joined the pursuit. Spike strips were deployed by an officer but avoided by Burton. The Monte Carlo turned west on Ataage Drive, attempting to navigate around another vehicle at this turn. The Monte Carlo hit the median curb, bringing the car to halt. Both Gahbow and Burton began to flee on foot while being pursued by an officer on foot.

On Burton and in the vehicle were found drug paraphernalia testing positive for methamphetamine and heroin, along with Naloxone HCL.