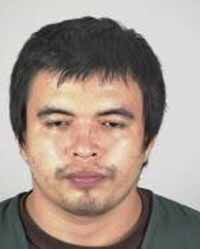 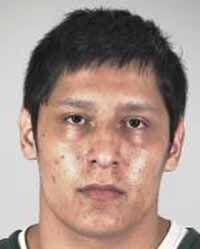 Two men were witnessed vandalizing the Mille lacs Band Legal Aid Building on July 13. At the scene of the vandalism, two men were found, Montana Wayne Davis, 24, of Onamia, and Randall Wayne Nickaboine, 23, of Onamia, one of whom later admitted to the property damage.

According to the criminal complaints:

On July 13, Mille Lacs Tribal Police were notified of on-going vandalism at the Mille Lacs Band Legal Aid Building on Virgo Road. A witness described two young men spray painting graffiti on the building and a nearby vehicle. Officers observed the building, a nearby pole shed and a 2011 Ford Escape had been spray painted extensively with what the complaint describes as numerous gang symbols and various words, including “1995,” “F*ck12,” “2020,” “BLM,” “AIM,” “DMNDLIFE,” “GL-95,” and “POONGE.” The words were large and took up most of the wall and vehicle side on which they were painted. An insignia is noted covering entire walls, as well as windows and doors. All four sides of the vehicle were tagged, and black spray paint largely covered the rear license plate. A maintenance supervisor estimated the total costs of repairs would be in the thousands of dollars.

At the scene, officers saw two men walking away from the building on Virgo Road with no other individuals nearby. The men were identified as Davis and Nickaboine. They denied damaging the building and claimed another set of men had done it. According to the complaint, police obtained surveillance footage showing Davis and Nickaboine committing the damage. Both men were taken into custody.

Both Nickaboine and Davis have been charged with first-degree damage to property, reducing value by over $1,000, which carries a maximum sentence of five years and/or a $10,000 fine.