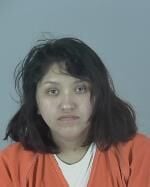 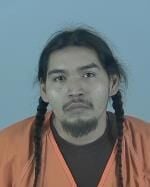 An Onamia woman, Tehya June Wade, 23, has been charged with the assault, malicious punishment and neglect of a child under the age of four. An Onamia man living in the same household, Justin James Leecy, 23, is being charged with child neglect that resulted in substantial physical and emotional harm, child endangerment (situation that could cause harm or death) and domestic assault.

On Dec. 28, 2020, Mille Lacs Tribal Police were dispatched to the Vineland area on a report that two small children were found in a basement closet where it appeared they had been left unattended for some time.

Upon arrival, a tribal officer spoke with the person who located the children, ages two and three, inside a closet in a downstairs bedroom with a mattress propped up to keep the children from leaving the closet. The person who found the children told officers that Tehya Wade and her significant other, Justin Leecy, had been living in the basement for about one month with the children.

The person locating the children said they were cleaning the basement hallway when they decided to look in the bedroom and noticed a smell inside. The person observed garbage laying around the room and noticed the mattress propped up in front of the closet. They then saw the children sitting on the floor of the closet; both children were dirty, and the three-year-old was unable to walk normally and had a hard time standing.

According to the complaint, the children did not appear to be “acting right” and seemed to be very hungry or thirsty.

Law enforcement also observed wood planks that appeared to be propped up in front of the mattress at one time.

The children were then taken to Midwest Children’s Resource Center where extensive bruising was then observed on both children. Neither child seemed to be able to speak or were potty trained. The examinations for both children showed evidence of significant ongoing neglect including extensive bruising consistent with physical abuse, malnourishment and developmental delays.

According to the complaint, on Jan. 5, a tribal police investigator went to the residence where the children were found in an attempt to speak with Wade and Leecy. The couple were found sitting in the driveway.

Leecy told police that he, Wade and the children had been living at the residence for approximately one month and had gotten into an argument on Dec. 28. Wade stated that he was left alone with the children and then went out to look for Leecy, leaving the children alone. According to the complaint, he told investigators that he “didn’t want to bother anyone with watching the children” and that he believed he would only be gone for a short time.

Wade confirmed the argument between her and Leecy and told investigators that “a couple of days prior to Dec. 28,” the children had “acted out” and that she struck both of them on separate occasions with a belt. She provided the approximate number of times she struck each child and the locations on their body where they were struck. Wade said that she noticed the children’s cognitive abilities had been diminishing in recent months and blamed that on herself and their living situation.

Wade has no prior criminal history of abuse or other charges, according to her criminal report.

Leecy has no previous criminal record of abuse. He has been convicted of only petty misdemeanors for traffic related incidents.