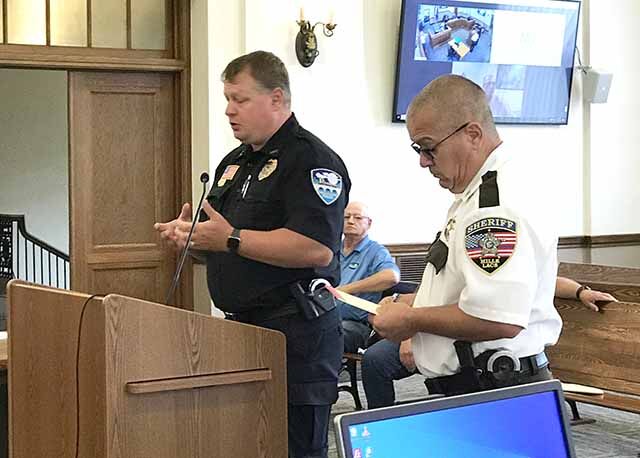 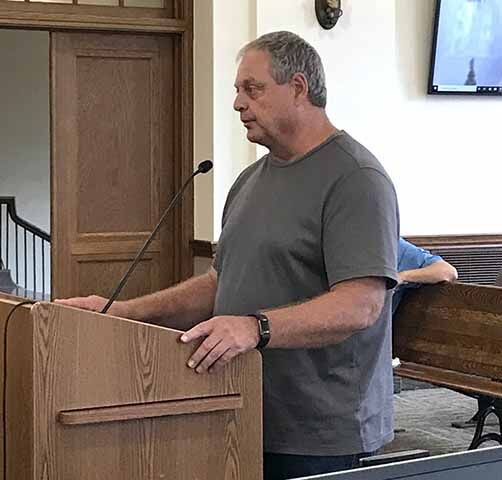 During a work session on July 21, the Mille Lacs County Board of Commissioners considered financially supporting a communication tower in Princeton.

Mille Lacs County Sheriff Don Lorge, during his sheriff’s report at the work session, presented the project to the county board. Lorge said the project, which includes a tower and equipment located in Princeton, is estimated to cost over $1 million. He said the tower and equipment are critical to emergency communication where currently some areas don’t receive a strong signal.

Lorge said that AT&T has paid for approximately $250,000 of the tower, and the County would be left with the equipment price which is about $450,000. However, he said there is a 50/50 matching grant available, so the County would be responsible for about $250,000.

Princeton Police Chief Todd Frederick was present at the meeting and said there would be a multitude of agencies who would benefit from the communication tower and that the City has put about $20,000 into the project thus far.

Former Mille Lacs County sheriff and current Princeton City Council Member, Jules Zimmer, was present and spoke on the subject. “When I was sheriff, the communication was poor. This would be the solution to the problem that has existed for many years – this is the answer to the problem,” said Zimmer. He added that the City of Princeton wholeheartedly supports the project and it is at the top of their priorities.

Zimmer also stated that because of his relationship with law enforcement, he has spent time with Princeton’s school resource officer. “They would literally have to leave the building to talk to a dispatcher when there was an issue,” said Zimmer. “If there is something critical going on, this is a needed piece of the puzzle.”

Princeton City Council Member Jack Edmonds who was present at the meeting said, “If we have an emergency or fire in the school building, we need this done. We are asking for you guys to concur and step up and help us get this done.”

Frederick said that the grant process application starts in October and also asked the County Board for a resolution to go forward with the grant, adding that they would need the backing of the County to qualify as a recipient of the grant. He said, if approved, they wouldn’t know until 2021 but added that there are other grant opportunities.

County Commissioner Phil Peterson asked about maintenance costs. Sheriff Lorge responded saying the equipment on the tower would be maintained by the County.

Commissioner Tim Wilhelm asked about revenue that could be generated by the tower, and Frederick responded saying there are two spots on the tower available.

Consensus among the board was made to gather more details about the financial commitment before making a decision to support the project.

The tower is proposed to be built at 702 Second Street North, across from city hall, and will likely be completed in approximately four months, according to Frederick.