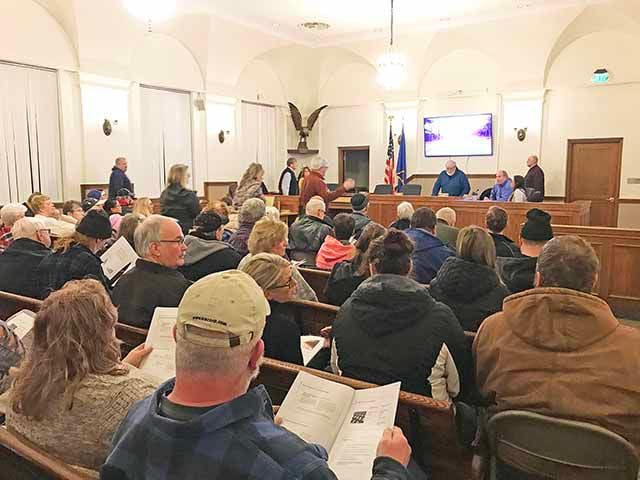 Mille Lacs County held their annual truth in taxation meeting last week on Dec. 3 as they prepare to finalize their 2020 budget. 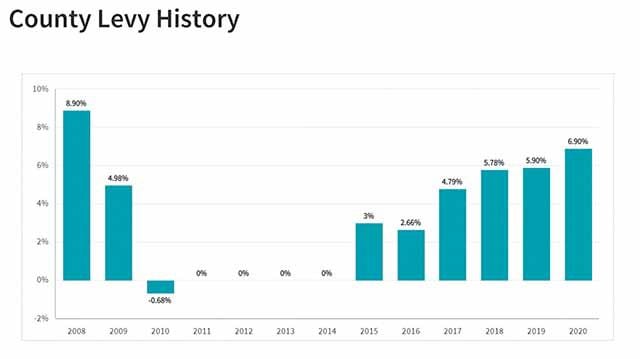 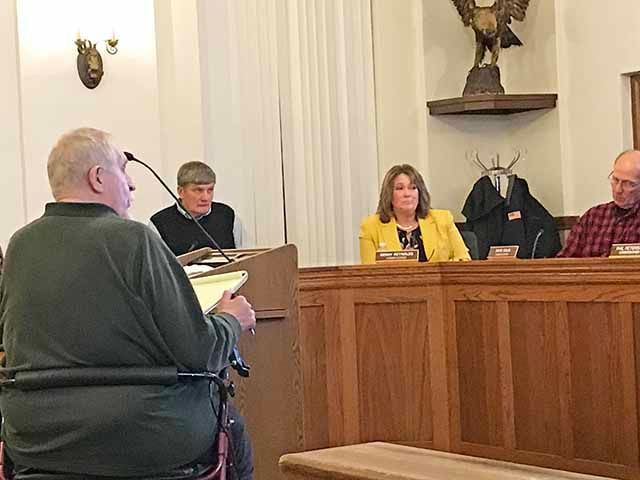 Mille Lacs County held their annual truth in taxation meeting last week on Dec. 3 as they prepare to finalize their 2020 budget.

There was standing room only at the Mille Lacs County Historic Courthouse for the recent truth in taxation meeting held last Tuesday, Dec. 3.

The biggest issues bringing people to the meeting were the preliminary levy increase of 8.9 percent (which was the proposed levy amount before the Dec. 27 budget meeting in which the board whittled the budget down to a 6.9 percent levy increase) and their property valuations and subsequent tax increases.

Mille Lacs County Administrator Pat Oman opened the meeting and told people who were there for valuation or property tax reasons that this particular meeting was for discussion the county budget but that the county auditor and county assessor would be available for anyone who had those types of questions.

• Legal fees associated with the Mille Lacs Band of Ojibwe’s lawsuit against the county, the county attorney and sheriff

• Mandatory upgrade of a new phone system for 911 calls

Regarding lost revenue from jail boarding, Oman said, “Sentencing guidelines have now changed, and there are a lot less people coming to our jails, causing a significant decrease in revenue.”

With out-of-home placement costs, he added that the cost is much to do with the number of Indian children and the county is working with legislators to help eliminate this cost, believing the Band is willing to become an initiative tribe which would transform the system from county-based delivery of services to a tribal delivery system with federal reimbursements.

Oman also said that legal fees associated with the lawsuit have totaled about $1.5 million so far with an expected $600,000 in additional costs for the county’s defense. “That’s an ongoing significant investment, and the county board has chosen to defend themselves,” said Oman.

The meeting was then opened up for public comment.

One retired resident was concerned about his property taxes, saying, “When you’re retired, you’re not looking to increase things, and I’m 82. The elderly population is in tears and cannot afford this. We are looking for solutions. You are going to lose all of the residents of this county if you keep taxing us like this.”

Another resident also spoke, saying, “You have to start saying no and cut the budget. This has really gotten out of control. People want to go to Sherburne County and not here. What’s going to happen to our town and county if these taxes keep going up? We need to prevent raising our taxes; otherwise, I can’t live here anymore. I think you need to pick this budget apart.”

One senior citizen said taxes in her townhome development went up for each resident about $900. “We are retired with health issues, and most are on a fixed income. We have been comfortable in Princeton until the taxes have been increased,” she said.

Milaca Mayor Pete Pedersen also expressed concerns over the possible levy increase, saying, “I challenge you to lower it to where the school and city is. We always have the same comment that we’re going to have to keep our taxes at inflation rate because we know that the county is going to raise it (levy). We can’t continue to do that as a city.”

Another issue brought up by Mayor Pedersen was the recycling tax that was raised from $1 to $10 for Mille Lacs County residents to cover expenses of recycling trailers and costs for the county to take over the services traditionally done by a contractor. “Why should we be charged that when as part of the garbage [service], we get free curbside recycling?” he asked. “Why should we pay that? We shouldn’t be paying for that … we’re not getting any service for that.”

The mayor challenged the county board to get the levy increase down to four percent. “We can’t continue to raise these guys’ taxes,” he added. The crowd applauded.

Another resident brought up the tribal land taken off the tax rolls, asking why the non-Band/county residents have to pay more now and why the Tribe doesn’t have to pay for the tax value of that land.

Oman responded saying that would be a good question for the Band and that the county is being sued by the Band. He added that the county is looking to a legislative solution to help compensate for the lost revenue generated by that land and any future land that may go into federal trust land for the Mille Lacs Band of Ojibwe. Earlier in the meeting, Oman noted that a lobbying firm was hired to help with this type of issue.

Another resident addressed economic development, saying, “From a business perspective, what can we do as a county to attract more businesses and people to help pay for taxes? We would like to see more families here.”

Oman responded by saying every five years, the county does a comprehensive plan to look at economic development, along with other areas, and they are looking at a corridor study for Hwy. 169 to determine what kind of economic development may be possible there.

The meeting concluded after about two hours, and a number of people shared their concerns.