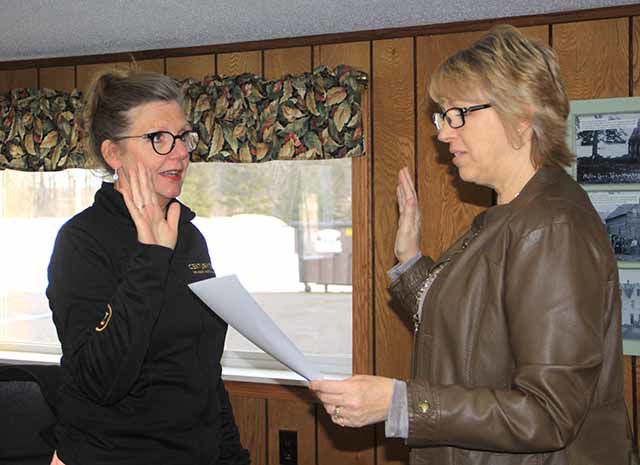 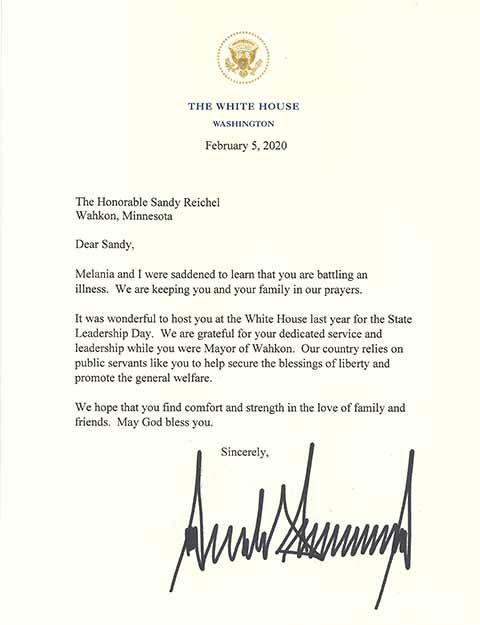 In light of the recent passing of long-time Wahkon mayor Sandy Reichel, the city council took on the task of orderly realigning the city governing body during the opening minutes of the monthly council meeting on March 9.

In attendance were acting mayor Ronda Bjornson along with council members Tony Button (via Skype from Florida) and Kim Tyson.

First on the agenda was the reading of a letter of resignation submitted by Reichel on Jan. 31, 2020, followed by submission to the minutes a letter from the White House signed by President Donald Trump with words of thanks to Mayor Reichel praising her for all she has done for her community and encouragement for the mayor in her battle with her terminal illness.

By unanimous vote, the council appointed Bjornson as the new city mayor, and the council plans on acting to appoint a new council member at their April meeting hoping to, by then, accumulate a slate of candidates for the open position.

In other business, the council agreed to a compromise with Meshigun Point Properties developer Chip Frederickson with regard to when the city ought to initiate charging for water services to each of the 12 town home units Frederickson plans to open.

Frederickson said he is not asking the council to be retroactive in any way with charges the city has already levied on two of his units but requested that in the future, charges for city utility services be initiated at the date of the sale of any units.

The council agreed to Frederickson’s request with one caveat: that this agreement would be good only until a new city ordinance would go into effect in the future.

The council again acknowledged a letter from a local group who is asking the DNR to preserve the Wahkon Bog when they consider recreational development in and around this parcel of land that runs near the city limits.

Rounding out the meeting was the monthly report from city maintenance foreman Chris Weinrich who, among other items, reported dealing with a mink that somehow got stuck in a city sewer line and other spots along the sewer service that were starting to be impacted by debris from the melting winter snow and ice.