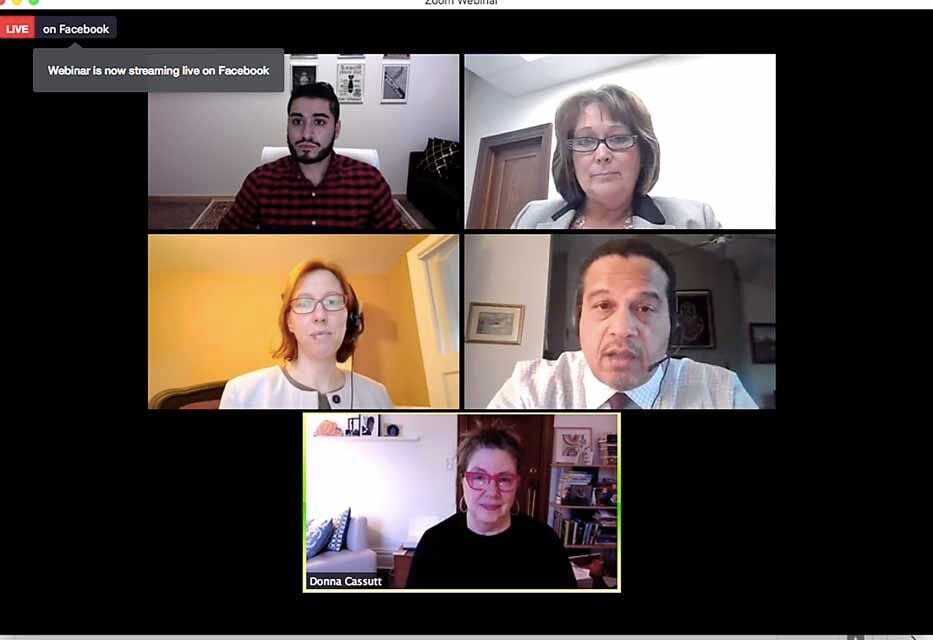 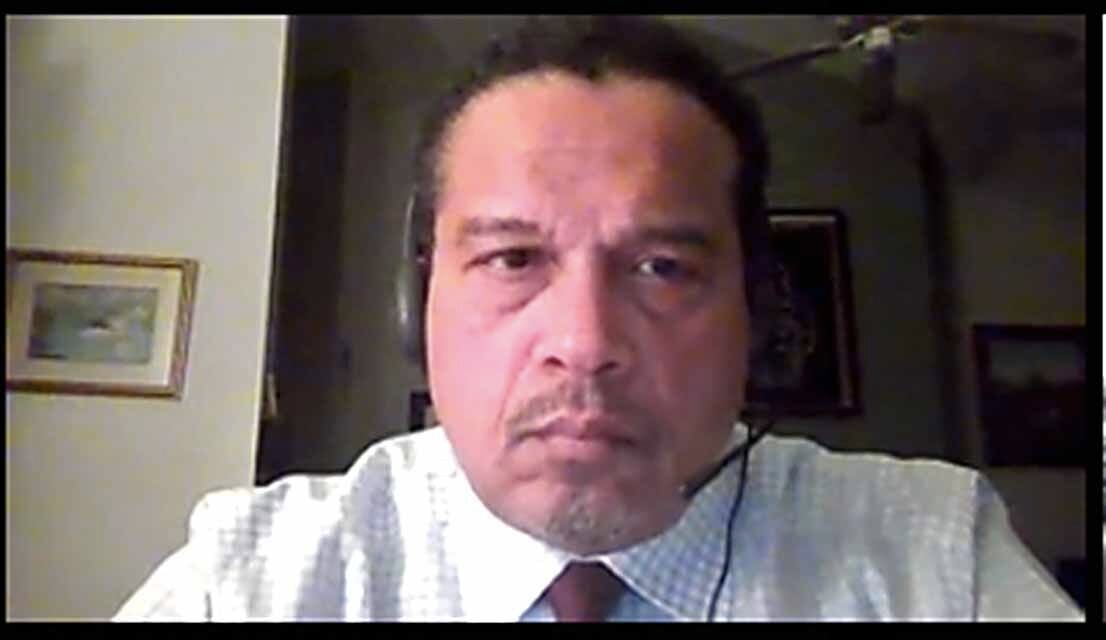 Minnesota Attorney General Keith Ellison hosted a virtual town hall at the request of the Mille Lacs County Board to address issues residents have regarding reservation boundary issues.

Minnesota Attorney General Keith Ellison hosted a virtual town hall at the request of the Mille Lacs County Board to address issues residents have regarding reservation boundary issues.

Mille Lacs County officials called for the meeting citing that they were not contacted by State officials before the boundary signs went up.

Ellison opened the meeting and stated he was ready to answer any and all questions but that he may not have all the answers at the time of the meeting. “If we don’t, we’ll take those questions back and get answers,” added Ellison.

Ellison highlighted some of his office’s achievements that may affect Mille Lacs County residents and said, “We’re here to talk about the tribal dispute issue ... but let’s not make everything reduced down to one thing.”

Ellison said that when he began the job as Minnesota’s attorney general two years ago, he orientated himself with the issues and pending matters. There were a few places in the state where the tribes and counties had differing opinions on where the boundaries of reservations are, he said, so he then questioned what an appellate court would decide based on law and previous court rulings. After his office had done their research, it was presented to him that the federal courts would say that only Congress can disestablish boundaries of a reservation and that they can’t accidentally disestablish boundaries; they have to consciously disestablish.

“So we put it in a file folder, like we did 100 other memos, and then this issue came up where Mille Lacs County said there is ongoing litigation on this issue,” stated Ellison. “I was more than happy to let it play out in the courts, but then my office was sued saying we had to indemnify the County and said, ‘what is our legal position?’ We don’t think that the court would decide in the way of the County.”

Ellison went on to say that in 2020, the McGirt vs. Oklahoma case came up. The case he referred to was ruled by the Supreme Court, 5-4, with conservative justice Neil Gorsuch siding with liberal justices Ruth Bader Ginsburg, Stephen Breyer, Sonia Sotomayor, and Elena Kagan, that Congress had failed to disestablish the Indian reservation and that those lands in the eastern portion of the state of Oklahoma should be treated as “Indian Country.” Justice Gorsuch wrote in his opinion that “because Congress has not said otherwise, we hold the government to its word.”

Stacey Person, assistant attorney general and also present at the virtual meeting, later said that they use three steps to determine if boundaries are changed: Step one being whether it is explicitly stated or not; step two being the historical context; and step three looking at the treatment of the area and settlement over time.

“In regards to Mille Lacs, we have to dig into what Congress said about the reservation and that it was established in 1855 … with two major treaties in 1863 and 1864, along with the Nelson Act,” said Person. “There is clear language saying they are allowed to remain on the reservation. The Nelson Act of 1889 came about during the allotment era when Congress was trying to pressure tribes to break land off … but gave them the option to remain on their home reservations. Congress has already looked at the Nelson Act and determined it wasn’t to terminate the reservation. But its purpose was to homestead on that land, and the court said that the language does not amount to clear intent to abolish the reservation. The Nelson Act doesn’t include any language that Congress intended to dissolve. This is why the Band, federal government and State all agree that the Mille Lacs Band boundaries have not been altered.”

Ellison stated, “We didn’t just guess when we came to this … it really is the law that made this decision.” He later added that politics did not come into play in their decision.

He also later added, “The question of the status can only be resolved in court, and I believe it will be resolved with precedent in mind.”

Ellison said, “It feels like a big change but won’t be much of a practical change in the lives of people.” He added that he “absolutely, positively had nothing to do with the signage” and that those comments should be directed toward the commissioner of transportation when questioned on why the signs went up before a court ruling was made.

A time for public input was opened up. Concerned residents brought up issues such as policing, land ownership, fishing and recreation, environmental permitting, property values, and taxation.

Ellison said, in regards to policing, that public law 280 already gives the State the ability to prosecute on tribal land and that there is a cooperative agreement in place between tribal police and the County’s sheriff’s office. “Land ownership will not change … fishing and recreation won’t change,” said Ellison, adding that the Minnesota Department of Natural Resources and tribes already have an agreement in harvesting fish and that the court order will continue to govern the Mille Lacs fishery. “Environmental regulation won’t change. The U.S. EPA recognizes the 1855 Reservation. Taxes won’t change for non-Band members … Band members who live and work on the reservation don’t pay state tax, but the proportion of taxes will change a bit.”

Person added in regards to tax revenue and loss, “It is my understanding there would not be a loss [in tax revenue], and it’s possible that the County could even end up getting additional taxes … what will change is who receives the taxes.” Ellison added that they would respond further on that in the future.

One citizen questioned who would be governing the 61,000 acre 1855 Reservation should the boundaries become legally established. Ellison responded, “The reservation has a governess right now; the same people who govern it now, will govern it then.”

In regards to potential loss of property value, Ellison said he believed it would simply be affected by market values and potentially COVID. He later backpedaled stating, “I don’t know that property values will not change.”

“If the court says the 1855 boundaries are there, nothing’s going to be different for you as you go about your day,” said Ellison.

Wahkon Mayor Ronda Bjornson questioned, as a realtor, how she would be disclosing to potential buyers of property within the 61,000 acres that they are in a tribal area and how it would impact them and their land in the future.

Ellison gave the disclaimer that he is not a real estate expert and couldn’t advise them on that but that “most things will be the same as they have been.”

Bjornson said that she has had clients say they don’t want to buy on tribal land and has had property owners want to sell their land on the 61,000 acre 1855 Reservation. “We want to be honest and disclose things, but we want to know how it will affect everyone,” she said.

Ellison responded, “We’ve given you our best analysis on it, and it’s important to tell people things won’t change. Given the newness of the conversation, people may feel disturbed, however.”

The question of who will govern whom came back around. Person responded, “In terms of who will be in charge, it depends on a list of things … but for the most part, tribal government regulates tribal members, and non-members, for the most part, will not be regulated by the tribe.” She added that there can be nuances and complications, however.

Another resident, Michael Kiel, attempted to pin Ellison down on what would be different should the boundaries be set in place legally. Ellison responded saying, “The truth is, I’m not really sure … there may be some things that are different.” Person added that one difference would be that tribal members previously having to pay income tax on the larger 61,000 acre reservation, would not have to pay income tax.

“A difference is recognition … their reservation that they believe to exist, does exist,” said Person. “It’s a meaningful thing to the Band as their homeland, and means a lot to them.”

Onamia Mayor Marge Agnew brought up taxation and the question of permitting should the City of Onamia (which is approximately two-thirds comprised of the original 61,000 acre reservation) take on a future infrastructure project. Person responded to the taxation issue reiterating that property tax revenue should not change, adding that in sales and excise taxes, the Department of Revenue said the State could lose just under $2 million but the County could increase revenue by approximately $100,000. As for permitting, Person said she couldn’t give an across the board answer. “For the most part, you’ll still be following the same processes you do now,” she said.

Mille Lacs Band of Ojibwe member Colin Cash stated that any land a Band member would take ownership of in the future on the 61,000 acres would have to pay for the land and that the land would stay privately owned until it went into trust. Cash encouraged Band members to write into the Mille Lacs Messenger. “Things could easily be resolved with dialogue if some of the [Band members] wrote and published in the Mille Lacs Messenger and not just from the county attorney,” said Cash.

Ellison closed the meeting stating that he was needed at 7 p.m. as he was involved in “a pretty serious case down here in Minneapolis.” He thanked county board chairman Dave Oslin and vice chair Genny Reynolds.

Reynolds said, “I wanted to invite you to the County as no one has really included the County … this is the first and only meeting we have had with your office. There are still a lot of unanswered questions.

Ellison responded, “I will meet via Zoom until this summer when COVID is over … and we don’t have to be confined to just this. I’m sorry that we haven’t met before but am glad we did meet this time so with tremendous respect for you. Good night, but we’ll be in touch soon enough and have a great evening.”

Do you believe COVID-19 was CREATED in a lab in China?