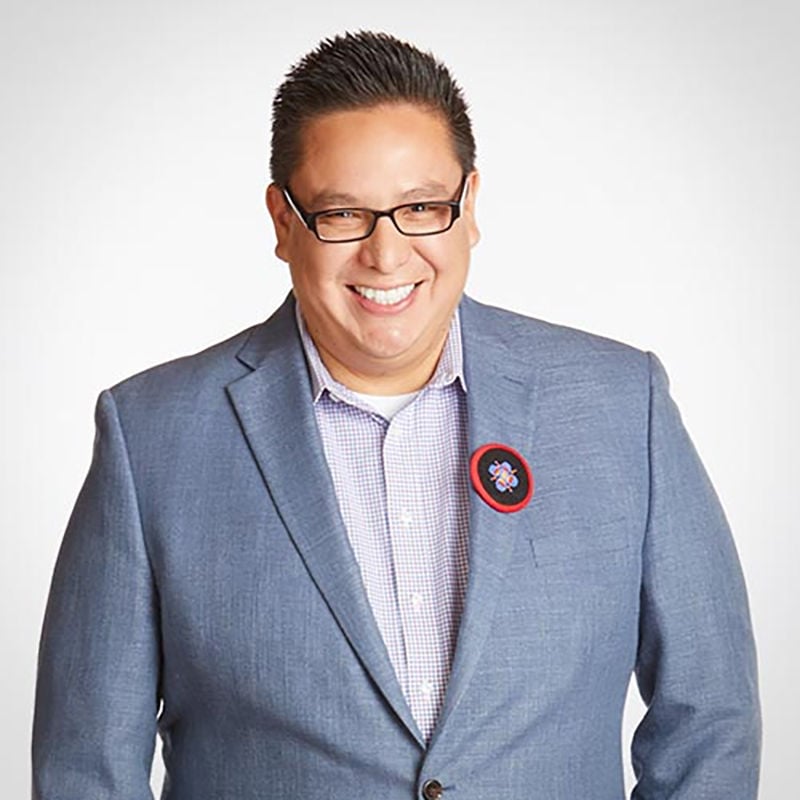 Mille Lacs Health System CEO Bill Nelson showed an architect’s rendition of what the exterior of the proposed $30 million renovation that is in the works for the Mille Lacs area hospital.

Nearly $40 million worth of potential local development was discussed at the May 8 meeting of the Onamia City Council.

First to speak to the council was Dustin Goslin of Mille Lacs Corporate Ventures (MLCV), who presented a plan for the development of land near Hwy. 169 and Pony Farm Road in Onamia (the site of the former Meat on Mille Lacs). The proposed development includes a 30-unit affordable townhome complex consisting of two and three bedroom rental units. The development, called Red Willow Estates, is similar to another MLCV project recently completed in Hinckley called Lady Luck Estates. Goslin indicated that his market research showed “roughly 2,400 workers commute into the area from other communities daily” and “62 percent of workers in the area travel up to 50 miles daily.”

Goslin went on to describe how MLCV “saw a need in the community for affordable housing through the development of Lady Luck Estates,” and that they are “working on ways to bring these types of projects forward all across the region.” Goslin walked the audience through how MLCV will be applying for tax credits to underwrite the cost of the project.

The approximate rents of up to $775 will be significantly less than a new market-rate development due to the use of tax credit financing. Goslin indicated MLCV is preparing an application to the Minnesota Housing Finance Agency to apply for the tax credits, and that his request to the city was to approve the land to be rezoned from commercial to a planned unit development and to sign a letter in support of the project.

After a discussion among the Onamia City Council members about lay of the land, road access and the estimated 10 percent additional load to the cities’ sewer system with this project, the council voted to grant the rezoning of the land for the new development and for the letter of support.

Next on the docket was a presentation to the Council of the proposed new addition to the Mille Lacs Health System site in Onamia — a project estimated to cost over 30 million dollars. With the use of handouts, MLHS board chair Kevin Anderson and MLHS CEO Bill Nelson graphically showed the council plans for the new development, some of which has already begun. The project, entitled the “Next Chapter,” involves expansion of the present facilities in three major areas: revamping the 19-bed, two-to-a-room situation on campus into 18 private rooms; expansion and revamping the emergency care department; and reconfiguring the kitchen and cafeteria facilities. The project also involves vacating a street in the immediate campus area and relocation and expansion of parking and he-lo-pad areas. Anderson claimed that “If we stay at status quo, we will fall behind” other facilities in the area.

Also in the talking stage at Mille Lacs Heath System is the possibility of providing a day-care facility on campus. Nelson cited a perceived need for such a facility both for employees of the health system and for the local community as a whole. Where does the project stand as of May, 2019? Nelson and Anderson explained that they are finalizing the drawings for the project, are in the process of securing financing (80 percent from a rural development loan and 20 percent to be borrowed through Bremer Bank in the Twin Cities) and the MLHS will begin a fund-raising campaign in the near future.

Other items on the council agenda included: Approval of Bill Cotter as a new member of the cities planning commission, discussion and approval of additional funding for items needed for the new baseball field located in town and awarding of several paving projects to a local blacktop company.

Onamia chief of police Bob Matzke reported he is pleased with the addition of Ryan Sullivan as a part-time officer on his staff. “We are happy to have Sully back in the area,” Matzke said.

Fire chief Bruce Peterson requested funding of under 1,000 for some new equipment under a matching grant from the DNR and mentioned there are now 19 local firefighters on his roster.

City maintenance supervisor Gene Falconer explained his displeasure with the fact that, during the past few weeks, he has had to deal with problems arising at one of the cities’ lift stations caused by “flushable wipes” clogging up the system. “I want to tell you, these flushable wipes do not decompose the way some say they will,” Falconer said. Falconer claimed he had to respond three times in one 24-hour period to attend to the messy problems the wipes caused at the lift station.

Several council members confirmed that officials dealing with the installation of the new Casey’s Convenience Store in Onamia said they plan to officially open the new facility on Sept. 19.

The Council also okayed a 500.00 donation to the Onamia High School to be used as payment for several work projects involving students and the city, with the earned money going toward wiping out student unpaid school fees.