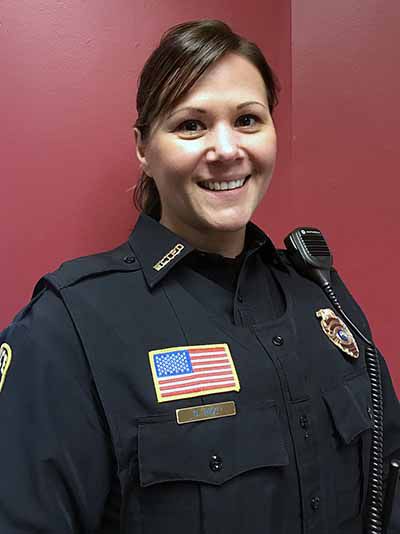 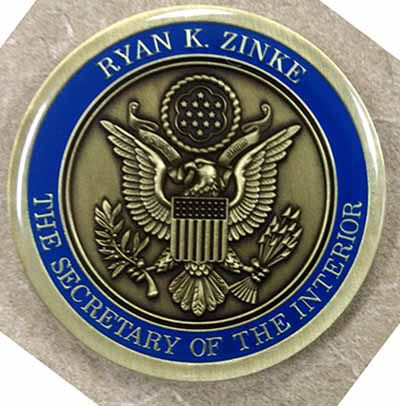 There is not an influx of big solid black SUVs with dark tinted windows driving around the north end of Mille Lacs County, but federal agents are actively working with Mille Lacs Band of Ojibwe Tribal Police to make the community a safer place. The message to criminals is strong: get out and stay out.

Regular readers of the Messenger may have noticed an increase in the Mille Lacs County felony level crimes reported in the news beginning the first week of December. The number of felony-level arrests increased due in part to a strengthened effort from tribal PD combined with the assistance from agents from the Bureau of Indian Affairs.

Back in November, United States Secretary of the Interior Ryan Zinke along with leaders within the BIA visited with leaders of the Mille Lacs Band. Zinke made a promise to the Band to do whatever it takes to help reduce the crime and drug activity on the reservation.

The Band has experienced an increase of crime and drug related activity on the reservation over the last 18 months in the wake of the revocation of the law enforcement agreement between the Band and Mille Lacs County. In 2016 tribal leaders reported seven overdoses on the reservation. That number increased in 2017 jumping to 75 overdoses and 15 deaths due to drug overdoses.

Mille Lacs Band Chief Executive Melanie Benjamin said during her State of the Band address on Jan. 9 that Mille Lacs County “has refused to carry out its full responsibility under Public Law 280 to provide adequate public safety for Band members in district 1.”

However, the federal government “provided the support and assistance the state and county would not.”

During the first week of December, an intense effort was put forth by the tribal PD and the BIA agents to follow through on some long term investigations that made an immediate impact on the community. Over 40 arrests were made through coordinated efforts which eventually also included the Minnesota State Patrol. Many of the arrests included felony level charges.

Tribal police are following within the scope of the authority vested in them through the Tribal Law and Order Act that went into effect in January 2016 as deputized federal agents.

“We continue to work with the county deputies as well,” Rice continued. “Working side-by-side with the BIA agents has given a boost to department moral and the community as a whole. The community has a stronger sense of confidence in our tribal police department.”

Rice said the BIA agents will continue to work with tribal PD and the county to “make the community a safer place.”

The BIA agents are not going away anytime soon, Rice said. “They are staying. We are working on some long-term investigations,” Rice said.

Her message to the community is one of unity and strength. “This drug activity that has been on the increase will not be tolerated.”