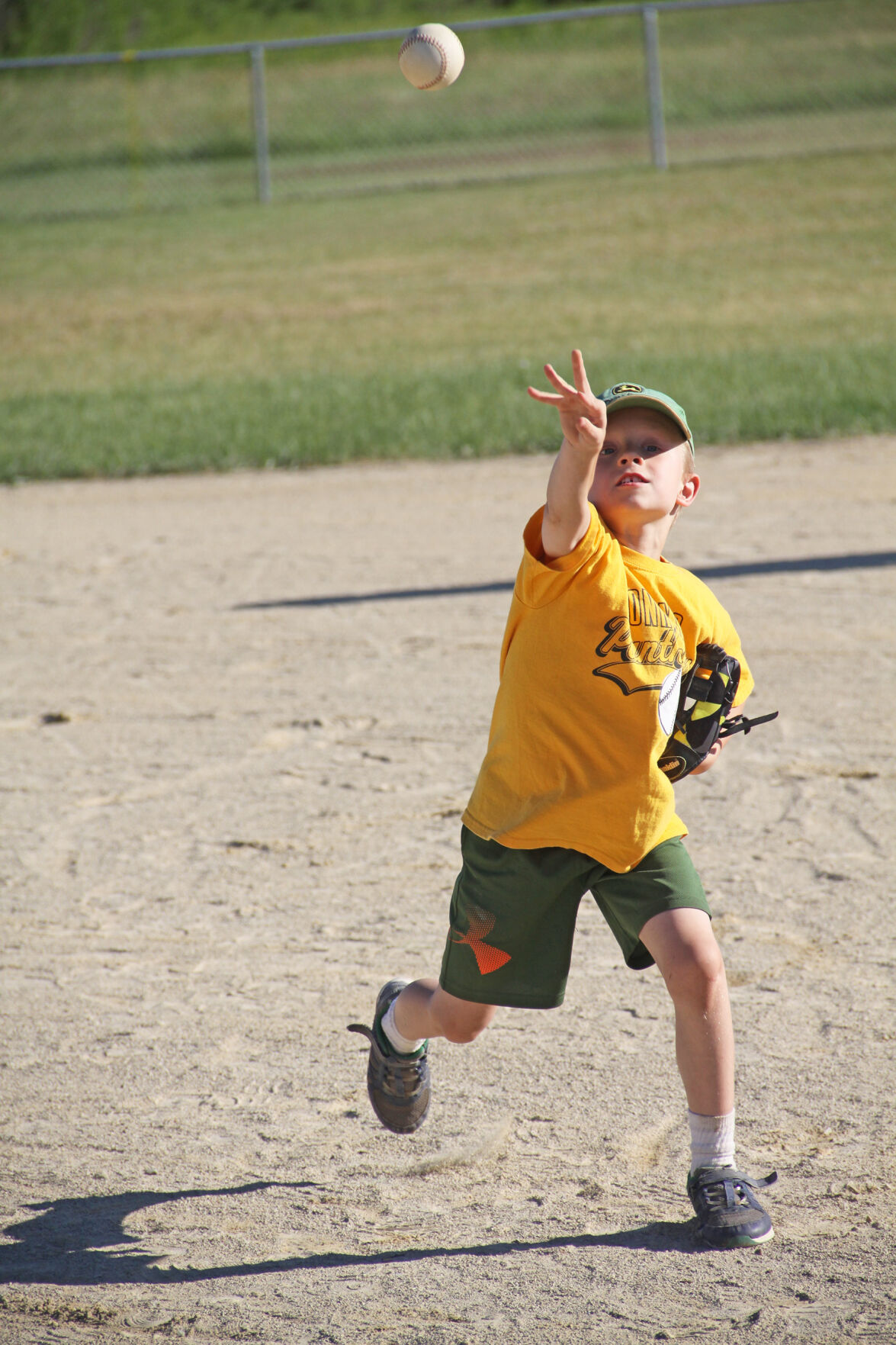 Onamia summer baseball - Summer baseball is alive and well in the Onamia area, where nearly 50 youngsters grades Pre-K through 10th are taking part in baseball leagues geared to their ages and talents.

Zack Nohner, a first-grader-soon-to-become-second-grader who is learning the art of throwing the ball as part of the T-Ball program in Onamia. 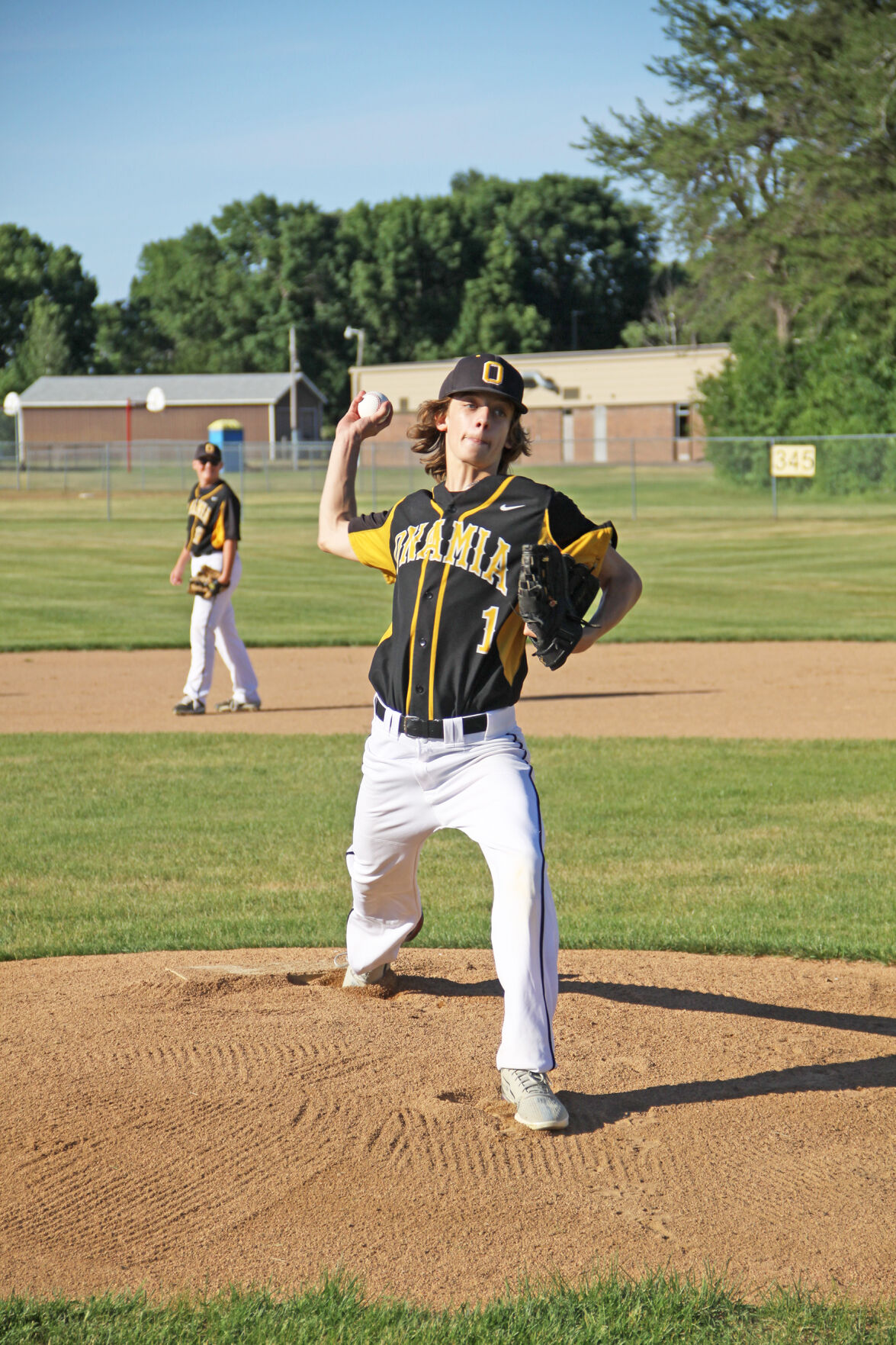 Thomas Schleis has been called on to pitch in many of the Onamia Panthers 16U league games. He is one of eight Onamia ninth-graders playing summer ball. 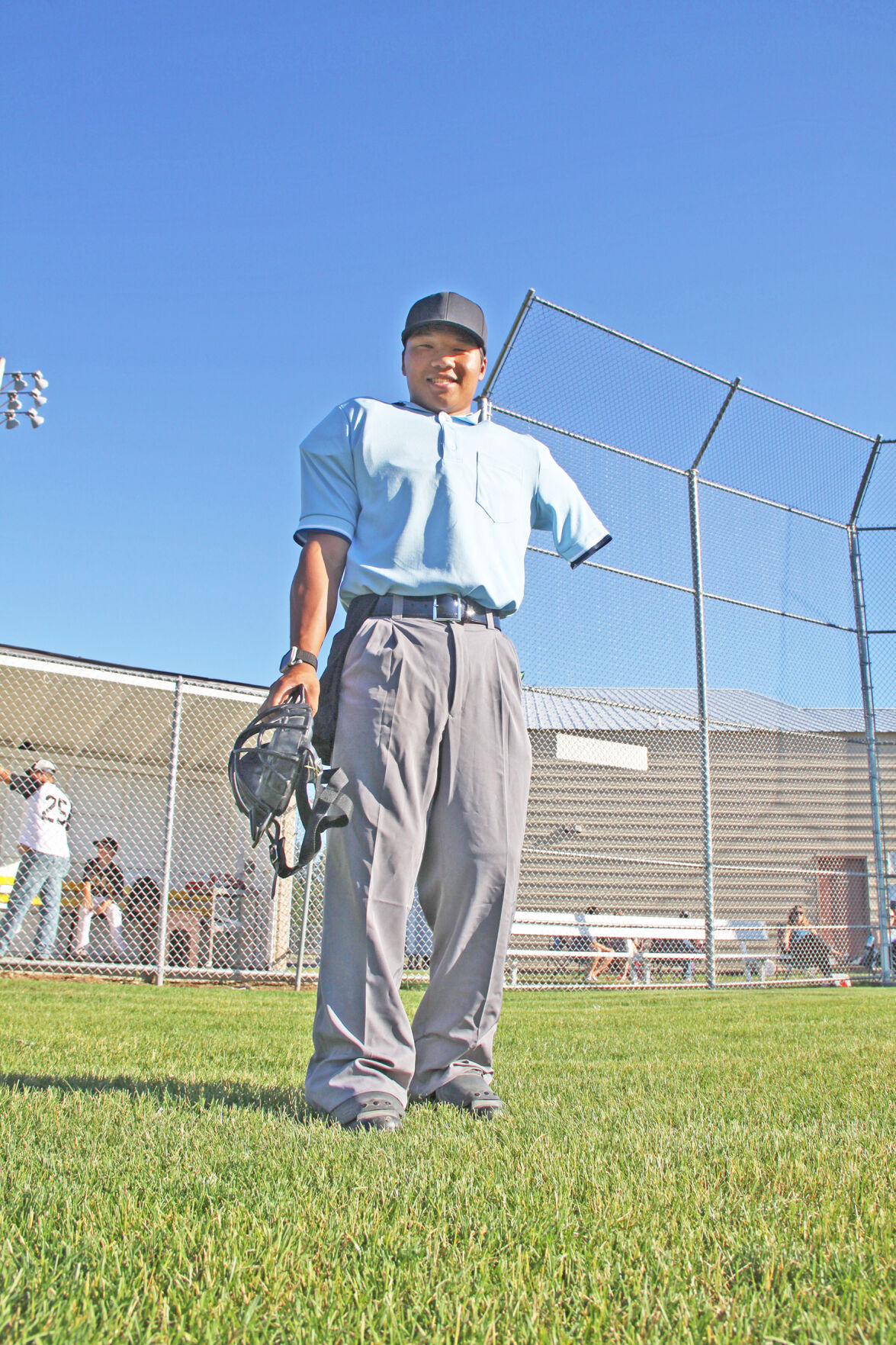 Onamia summer baseball - Summer baseball is alive and well in the Onamia area, where nearly 50 youngsters grades Pre-K through 10th are taking part in baseball leagues geared to their ages and talents.

Zack Nohner, a first-grader-soon-to-become-second-grader who is learning the art of throwing the ball as part of the T-Ball program in Onamia.

Thomas Schleis has been called on to pitch in many of the Onamia Panthers 16U league games. He is one of eight Onamia ninth-graders playing summer ball.

Anyone who coaches or plays high school baseball, softball or golf knows this: the skills in those sports are not fully developed during the spring months of April and May, but mainly during summer vacation.

To that end, with the support of Onamia Community Education and the City of Onamia, summer baseball is available and currently being played by nearly 50 area kids grades Pre-K through 10th grade.

Onamia Community Ed. has hired Brian Miner to organize the summer baseball program and the local school, as well as the City of Onamia, have provided beautifully manicured fields for those interested in taking part in summer ball. The summer program is also indebted to a number of dedicated parents who have volunteered to coach the youngsters during the summer weeks.

“We hope by giving kids kindergarten through junior high the opportunity to play summer ball, that this might help ensure our local schools will have competitive teams in the future,” said Miner.

Indeed, organized baseball is what is happening on a weekly basis in and around Onamia.

It starts with T-Ball, which is open to boys and girls Pre-K through second grade, with practices on Tuesday evenings at the newly built Soo Line Field just off Main Street, Onamia. Baseball fundamentals such as throwing, batting and fielding are introduced to these children who are currently coached by Shanna Calander, Beth and Jake Nohner, Glen Shivers, Corwin Graikowski, Donard Kunesh and Miner. There are several T-Ball games scheduled with neighboring towns during the summer months.

There is also a league for kids 11-years old and under, grades three through five. Coached by Pete and Roger Braith. This group of budding athletes have games on Tuesdays and Thursdays, with home contests staged at the Soo Line Field.

Boys and girls 13-years old and under play games on Mondays and Wednesdays, with their games held at the Onamia junior high field located on the Onamia High campus just west of the school. Those players are coached by Joe Ehrmantrout and Miner.

Then there is what’s called 16U ball made up of players 16 and under, with games played at Tom Kane Field, the OHS varsity baseball facility. Coaches for these players are Reed Pederson, Chad Calander and Travis Larson.

The 16U team has adopted the name Panthers, and have one sophomore, eight ninth-graders, one eighth-grader and a seventh-grader. Many of those on this team played for the Onamia High Panthers varsity team this past spring, and sported a 3-0 start to the summer season before dropping two games in a row heading into the final week of June.

“These kids have been playing summer baseball together since T-Ball and everyone looks forward to summer ball,” said coach Pederson.

And all eyes are on the strong group of ninth-graders, many  of whom started for the OHS varsity team two months ago. Pederson said, “Since these ninth graders have been playing together so long, they have become a real team that has learned to play together, and we think they will make up the core of the high school varsity teams to come.”

(Next season, Onamia and Isle High Schools will be pairing their squads for the first time.)

The 16U team plays in the Central Minnesota Community Baseball League (CMCBL).