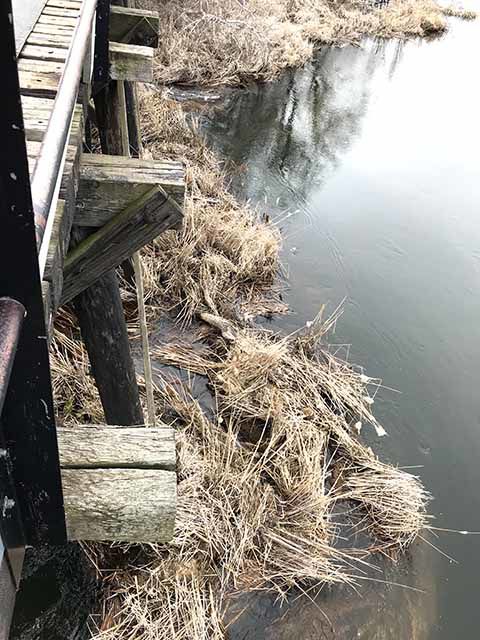 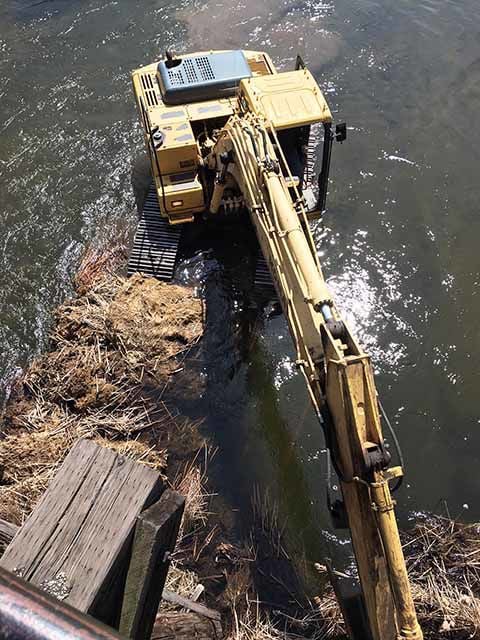 One problem with bogs is that they keep coming back and can dam up a river pretty quick, especially at a trestle bridge. That is what Onamia saw last week on the Rum River at the Soo Line Trail trestle bridge that crosses the river when a floating bog came down the river from Lake Onamia.

Mille Lacs County Sheriff Don Lorge issued a warning last week to kayakers or anyone who may be traveling down the river to avoid that area as the current was strong and may pull a paddler into the bog with dire consequences, as the Soo Line Trestle is completely blocked off by a floating bog.

That particular area has been a source of discussion and question over who deals with the bog issues for quite a while. The bogs tend to get stuck on the numerous pilings drilled into the river basin that support a bridge once used for trains and now used for ATVs, snowmobiles, bicycles, and pedestrians traveling on the Soo Trail.

In an effort to keep the water levels on Lake Onamia consistent for wild rice, the Mille Lacs Band DNR worked closely with the Minnesota DNR to mitigate blockages caused by pieces of the bog getting trapped against the Sioux Line train trestle, said Band spokesperson Kris Jensen. Water levels in the river, above and below the trestle, had remained high, and some residents in Onamia were reporting issues with basement water infiltration.

The Band implemented an emergency contract with local contractor Chad Milton who used an excavator (track-hoe) to break up the bog pieces and allow a smooth and free flow of water that resulted in the Water levels dropping upstream. If additional bog material makes its way down from the lake another round of clean-up may be needed, added Jensen.

In the future, the Band and state DNR plan to work together to do preventative work in Lake Onamia using equipment the state is purchasing to grind up some of the sedimentary parts of the bog to allow vegetative bog parts to safely flow downstream.

Additionally, Mille Lacs County is proceeding with an outside firm to complete an inspection of the trestle bridge. “One of the deliverables associated with that inspection is a list of recommended repairs based on the proper loading for trail use,” said Dillon Hayes, Mille Lacs County environmental resources manager/land commissioner. “The bridge was designed for railroad traffic, and therefore, it is likely over-built for use as a trail. The hope is that an analysis using the proper loading will allow us to remove some of the pilings that are obstructing the bog.”