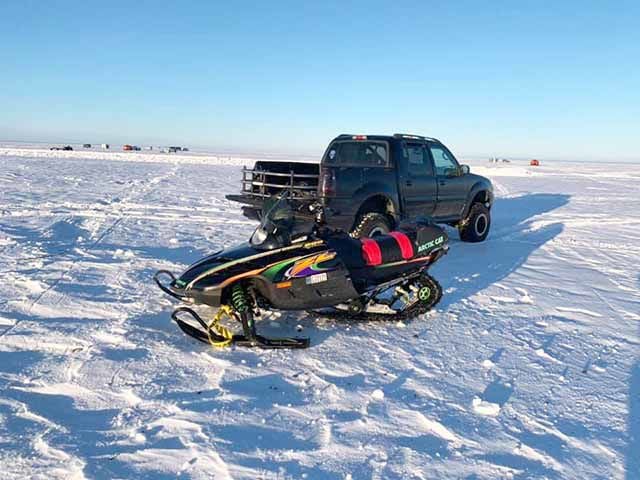 The snowmobile that Justin Forrest chased down is pictured above. 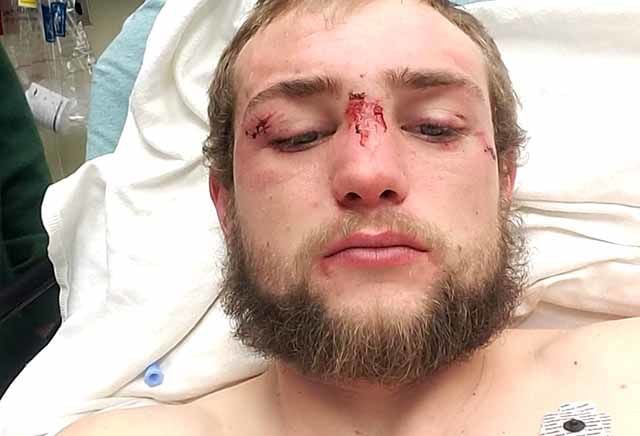 Justin after the crash in the ER.

The snowmobile that Justin Forrest chased down is pictured above.

Justin after the crash in the ER.

A rogue snowmobile, racing across Mille Lacs Lake, and another snowmobile behind in hot pursuit. This was the situation that Justin Forrest, of Coon Rapids, found himself in on the afternoon of Saturday, Jan. 11. When his friend’s sled took off without warning, Forrest made a split-second decision to pursue. Ultimately, this chase led a collision between the two machines, injuring Forrest. The rider provided his firsthand account of the frightful experience.

Forrest got into snowmobiling around four years ago, and he noted that he and his friends have been doing so in the Mille Lacs area for several years. For roughly the last year, however, circumstances were such that Forrest didn’t find time to ride. That changed about a month ago, when Forrest got a new snowmobile and decided to start getting back into riding.

That Saturday, Forrest explained, he and his friends had been out riding since 11 a.m. With multiple members running low on gas, Forrest’s group decided to cut a shortcut over the lake from Isle. It was around 3 p.m., and the group was nearing the end of their loop around the lake, about two miles from the west shore near Randy’s Rentals. “We were kind of overheating because there’s no snow on the lake,” he said.

As the friends were starting their sleds, Forrest continued, without warning, one of the sleds took off. The driver almost managed to hit the kill switch, Forrest recalled, but he was knocked over as it rocketed forward. “There was no stopping it,” he said. Seeing the snowmobile was headed for some fish houses, Forrest leapt onto his sled and began to pursue.

“It would have killed people,” Forrest said. “It was going at least 100 miles per hour.” He witnessed the runaway sled come within inches of a portable fish house and a truck, but with the speed it had on him, he was not able to catch it. Then, he witnessed the machine hit a snow bank, and it was sent airborne. Several seconds behind, Forrest hit the brakes, slowing down to around 30-40 miles per hour. As his sled caught up with the runaway, he described what happened next as “all impact.”

In the resulting collision, Forrest shattered his wrist and hit his head on the handlebars of his sled. His snowmobile was totaled and unrideable. “Everyone tells me I flew about 40 feet,” he said. All he could recall from the crash was his legs flailing and then his body hitting the ground. A friend was shortly at his side, helping him up. He was taken to the hospital, noting that he didn’t suffer a head injury. “My helmet saved my life,” he added. He will be receiving surgery for his arm within the next week.

The impact slowed the runaway sled, and Forrest’s friend was able to catch up with it and reign it in.

Fortunately, no one else was injured by the speeding vehicle. “All I was trying to do was save people, warn people,” he said. The only thought on his mind was that the sled was going towards people, and he didn’t want to see anybody hurt. He advised against riding fast out on the lake, and he noted with a touch of humor he had warned his friends against speeding the day of the accident. “There’s icebergs everywhere, snowbanks,” he said, “but I didn’t think about it. I saw my buddy’s sled take off, and it was headed towards people, and I didn’t want to see anybody killed.”